Last April, accompanied by Rosemarijn Hoefte, I visited the Dutch municipality of Ouder-Amstel. The city council at that time had requested research into its colonial history with a view to discovering to what extent Ouder-Amstel and its inhabitants had profited from colonialism.

Local historians had no interest in this, and deemed it ‘too political’. Perhaps I could aim to emulate the recent publication entitled De Slavernij in Oost en West, I was asked. More than 30 researchers had contributed to this subsidized research into the involvement of Amsterdam in slavery. Taking a more realistic approach, I decided to find case studies to illustrate Ouder-Amstel’s presence in the entangled system of colonialism.

Some colonial history was already known. In 2002, the grave of Elieser, an enslaved young man, was discovered in Beth Haim, the 17th-century cemetery of the Portuguese Jewish community in Ouderkerk aan de Amstel. This town is centrally located in the current municipality, which also consists of Duivendrecht and the surrounding polders. Since 2010, an annual commemoration has been held at the Elieser statue, which was designed by the acclaimed Surinamese sculptor Erwin de Vries.

Thanks to the advice of historian Mark Ponte, I was able to find multiple interesting cases. In this blog, I will expand on one of them.

In 1809, the clergyman of Ouderkerk aan de Amstel fathered a son who would grow up to become a pivotal Dutch shipowner in colonial times. His name was Willem Jan Daniëlszoon Ruys. Throughout his career, Ruys transported people and products, carrying them between the colonies and the metropole. Not only did he make many journeys between the Dutch East Indies and the Netherlands, he also took contract labourers from Asia to Suriname following the abolition of slavery in Suriname.

In 1852, the construction of the 14th ship in Ruys’s fleet commenced. Wanting to pay homage to his birthplace through this vessel, Ruys asked Ouder-Amstel for official permission to name the ship the Ouderkerk aan de Amstel and to use the city emblem on the ship. The city council agreed.

In 1858, the Ouderkerk aan de Amstel returned to Amsterdam from Batavia. Ruys invited the Ouder-Amstel authorities for lunch on board and surprised them by gifting them a painting of the ship. This had been produced on Ruys’s request by ship painter Jacob Spin. Ruys asked Ouder-Amstel to put the painting on public display. This request too was granted by the local authorities, who even officially expressed their gratefulness towards Ruys in an accompanying document. The successes of Ruys and his continuing connection to his birthplace were seen as a great example for local youths.

I have been invited to present my findings twice – the first time to the mayor and aldermen, and the second to the entire local council. After the first presentation in September, Mayor Joyce Langenacker (PvdA, a social-democratic labour party) insisted that historical context should be added to the painting. With this constructive meeting in mind, I returned in November to present my findings to the council. That night, I found out just how politicized colonial history can be and indeed often is.

As a historian presenting my research, I was dragged into a political debate in which the importance of gunpowder for colonialism was equated with that of cow’s milk. To my surprise, representatives of the conservative-liberal VVD party – which has been governing this country under Mark Rutte as prime minister throughout my adolescence and into my adulthood – seemed to be simply unwilling or unable to take my findings for what they are: the results of academic research. Instead, they tried to treat it as an opinion. It was both alienating and flattering to be witness to my research inciting such emotional and irrational responses.

However, not long after the debate, I was informed that Mayor Langenacker had confirmed that historical context will be added to the painting. Its position on the wall of the city hall is also being reconsidered. The text that will be added is based on my research conclusions. It states that the pride embodied by both the painting and the document is inappropriate by today’s standards. It acknowledges that Ruys’s business was part of colonialism and that this was a system in which the human rights of colonized peoples were horrifically breached.

This research has therefore made it tangible to me that colonial history is political. The positive result is that this snapshot of Dutch colonial history, which has been publicly exhibited for over one and a half centuries, will be remembered, once again. 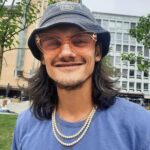 Merijn Super graduated in European Studies from the University of Amsterdam, receiving an MA in Identity & Migration. This year he will complete a research master’s in History at the same university. Merijn primarily focuses on colonial and postcolonial history. He was involved in a tutorial on colonial history in the Dutch municipality of Ouder-Amstel.