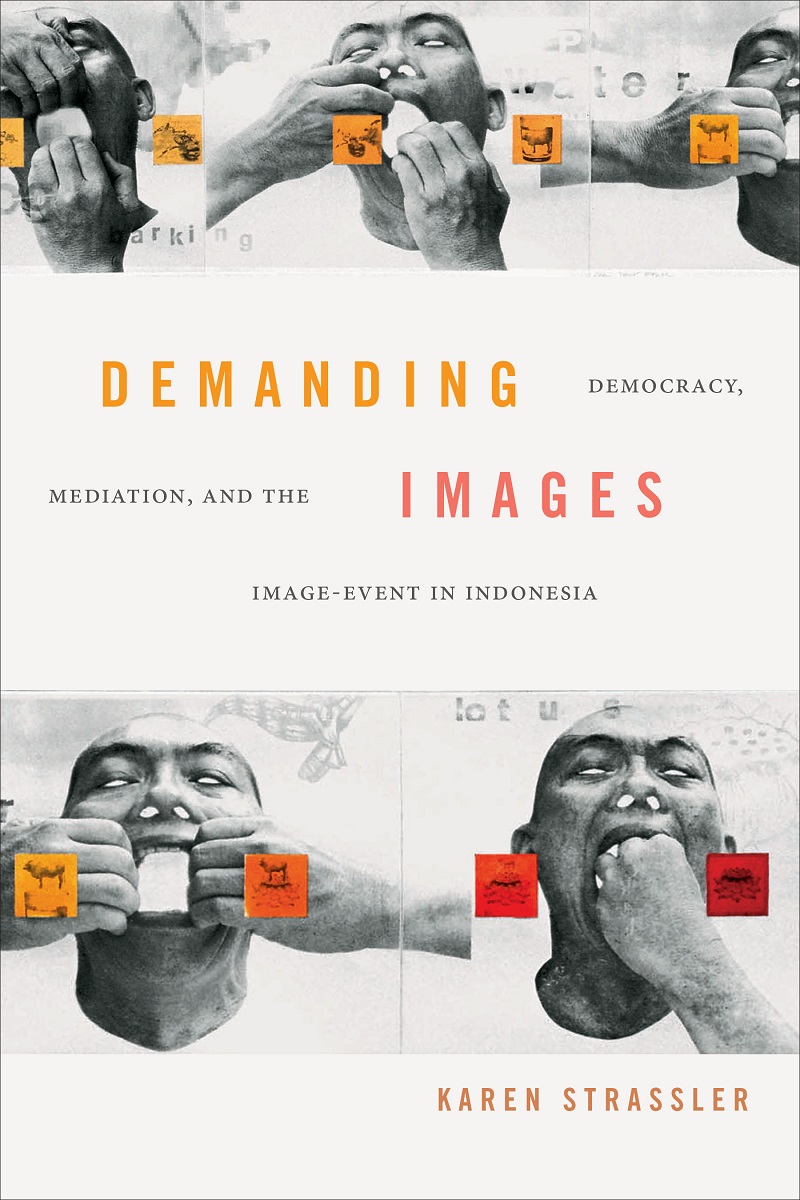 The end of authoritarian rule in 1998 ushered in an exhilarating but unsettled period of democratization in Indonesia. A more open political climate converged with a rapidly changing media landscape, yielding a vibrant and volatile public sphere within which Indonesians grappled with the possibilities and limits of democracy amidst entrenched corruption, state violence, and rising forms of intolerance. In Demanding Images, Karen Strassler theorizes image-events as political processes in which publicly circulating images become the material ground of struggles over the nation’s past, present, and future. Considering photographs, posters, contemporary art, graffiti, selfies, memes and other visual media, she argues that people increasingly engage with politics through acts of making, circulating, manipulating, and scrutinizing images. Demanding Images is both a closely observed account of Indonesia’s turbulent democratic transition and a globally salient analysis of the work of images in the era of digital media and neoliberal democracy. Strassler reveals politics today to be an unruly enterprise profoundly shaped by the affective and evidentiary force of images.

Karen Strassler is Professor of Anthropology at CUNY’s Queens College and the Graduate Center. Her research interests include photography, visual and media culture, violence and historical memory. She is the author of Refracted Visions: Popular Photography and National Modernity in Java (Duke UP, 2010), a study of the role of everyday photography in the making of Indonesian national identity. Her new book, Demanding Images: Democracy, Mediation, and the Image-Event in Indonesia (Duke UP, 2020), explores the political work of images in post-authoritarian Indonesia. A recent article examines the work of artist FX Harsono in confronting occluded histories of violence against Indonesia’s ethnic Chinese minority. The latter is part of a new research project that investigates images and the politics of visibility in relation to Chinese-Indonesians.

Registration is required. Please register if you wish to join this book discussion by sending an email to: [email protected]. You will receive an invitation to participate in a Zoom meeting by email.

The book discussion will be streamed on the public KITLV Facebook page. It is possible to watch the presentation afterwards on our facebook page.