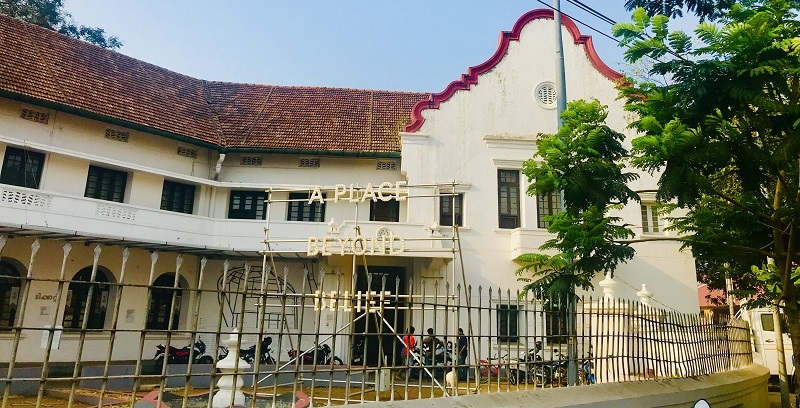 The webinar ‘Kucini, kallu, kakkus: Creolising India Across the Oceans’ takes place in the framework of Atelier KITLV and is part of a series of three events exploring creolization as a politics, aesthetics, and ethics of becoming. This webinar marks the kickoff. On the 7th of May it will be followed up by an aesthetic treat entitled ‘Zouk as a medicine’ featuring Kassav’s first lady, Jocelyne Béroard! Get ready to dance as you participate in an exploration of the healing and emancipatory power of music. The third culminating event must remain a secret, as it will form the icing on the cake. Make sure you sign up to be enriched and enlivened in these corona ridden times!

Kucini (kitchen, from Portuguese ‘cozinha’); kallu (palm wine, Tamil); kakkus (toilet, from Dutch ‘kakhuis’): three words from Pondicherry Tamil that condense the impact of creolisation as transoceanic cultural process forged through encounter and collaboration, adaptation and resistance. Even as kallu was incorporated within local responses to European foodways (from vinegar production to cake-making), the Dutch and Portuguese words repurposed within Tamil (and other Indic languages) reactivate somatic memory of how creolisation shapes the most intimate realms of everyday life. Contact between Europeans and Indians from the 16th century onwards inaugurated regimes of taste and space-making that connected global and local levels through the collision of creativity and commerce, transforming habitus as the convergence of material and embodied culture. To rethink India as a creolising and creolised space is to seize postcolonial culture from the province of nation-states and racialised and ethnic enclaves, and transmit it instead as an archipelago of fragments linking the Atlantic, Pacific and Indian Ocean worlds. In this presentation, drawn from work on our co-founded platform, le thinnai kreyol, we will chart some strategies for recognising creolisation as a cultural and political force, and reclaiming its resistive power.

Ari Gautier is a French novelist from Pondicherry of Indo-Malagasy origin, based in Oslo. He writes historical fiction about Pondicherry’s place in the world, and works at Melahuset, Norway, an institution promoting art and culture from the Global South.

Ananya Jahanara Kabir is Professor of English Literature, the Department of English, King’s College London, and winner of the Infosys Prize for the Humanities in 2018, and the Humboldt Research Prize from the Alexander van Humboldt Foundation, Germany, in 2019. She currently works on creolisation as a historical process and cultural theory, and its applicability to India.

In May 2020, they co-founded the multi-lingual online cultural platform, le thinnai kreyol, that promotes their shared vision for a plural and creolised India. Ari and Ananya research the historical basis for this vision in the transoceanic relationships that emerged through the mercantile and colonising ventures of Europeans and the mutual impact of these and anterior commercial and transcultural circulations, particularly in the Indian Ocean world. Taking inspiration from creolisation itself, they devise collaborative methodologies for the non-hierarchical dissemination of knowledge within and beyond academic audiences. Their project has been written about in print and online media, and they have been invited to present it to academic and popular audiences worldwide.

The webinar will be streamed on the public KITLV Facebook page.