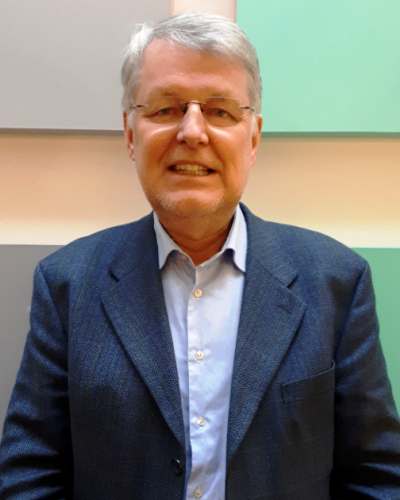 Nico Kaptein is professor of Islam in Southeast Asia at Leiden University and senior researcher (0,2) at KITLV. His research interest focusses on the religious relations between the Middle East and Southeast Asia, and the history of Islam in Indonesia.

In 1984 he got his M.A. degree (cum laude) at Leiden University majoring in the History of Islam, with minors in Arabic and sociology of religion. In 1989 he got his PhD degree from the same university with a PhD thesis on the history of the birthday festival of the Prophet Muhammad. After obtaining his his PhD, he coordinated various collaborative research and training projects with Indonesian partners at Leiden University, notably the Indonesian Netherlands Cooperation in Islamic Studies (INIS) project (1989- 2005); the Training of Indonesia’s Young Leaders Programme (2006-2012), and the Islam Research Programme – Jakarta with the Netherland Embassy Jakarta (2010-2013). From 2009 onwards he has been teaching Islamic studies at Leiden University, and is currently programme chair for the Middle East Studies Programme. He has held research fellowships at the Asia Research Institute of the National University of Singapore; the Zentrum Moderner Orient in Berlin, and the Berlin Graduate School Muslim Cultures and Societies.

Among his current research projects most attention is given to the biography of Ahmad Khatib al-Minangkabawi (1860-1916), who originated from Minangkabau and taught in the Great Mosque in Mecca for the major part of his life. This person formed a vital chain in the religious relations between Mecca – at the time formed the most important centre of Islamic learning in the Muslim world -, and the Netherlands East Indies. The biography will provide interesting insights into the transfer of knowledge from Mecca to the Netherlands East Indies, and will show Ahmad Khatib’s strong involvement in developments within Islam in the Netherlands East Indies, through his fatwas and writings and through his many – often prominent – Indonesian pupils. In addition to this, Kaptein has started a pilot project researching the production of books in Arabic script in Malay (Jawi), Javanese and Sundanese (Pegon) which were printed in Cairo at the beginning of the 20th century for the Southeast Asian market. This project also aims to deepen our insights into the history of the relgious relations between the Middle East and Southeast Asia.

The Muhimmât al-nafâ’is: A bilingual Meccan fatwa collection for Indonesian Muslims from the end of the nineteenth century. Jakarta: INIS, 1997.