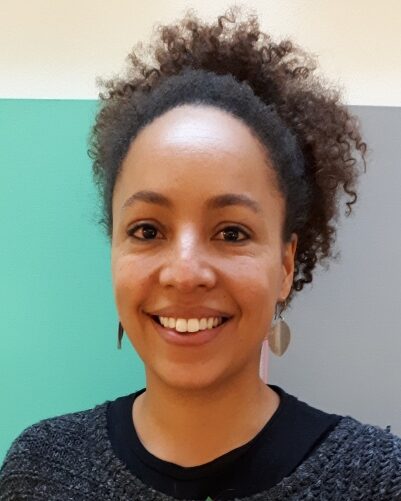 Concerned with socio-economic inequities at large, Alana is interested in the effects they have on corporeal experiences of everyday city life. How do people see, smell or feel inequalities? Why do inequalities shape the sensory lives of urbanites? And could a closer look at the body explain how people live with and through such inequalities on a daily basis?

These interrogations initially led Alana to study anthropology at University College London (UCL), then obtain a Master’s degree in film directing at the Belgian National Film School (INSAS) and a PhD in Anthropology/ Urban Studies from the University of Amsterdam (UvA). Her project entitled ‘Touring Trench Town: Commodifying Poverty and Violence in Kingston Jamaica’ investigated how violence and poverty are transformed into tourism experiences that can be purchased and consumed, and to the inequalities that permeate such encounters. In her research at the KITLV she explores how urban residents recount and make sensible past violent encounters with state security forces in Jamaica, in order to gain socio-political recognition and financial reparation for their suffering. Both projects highlight how violence and inequities are linked to the Caribbean’s colonial history, but also how urbanites subvert these legacies of inequality through sensorial negotiations.

Alana’s is convinced that anthropology, film and theatre can provide important insights into the ways inequalities are produced, framed and contested. She alternates and interlaces her academic work with film and theatre projects.