Since it was founded in 1851, the Koninklijk Instituut voor Taal-, Land- en Volkenkunde / Royal Netherlands Institute for Southeast Asian and Caribbean Studies (KITLV) had a threefold mission consisting of: collections development and management, research and publishing academic work, mainly on Indonesia and the ‘Dutch’ Caribbean. The specific ways in which these goals were met changed tremendously during the past 160 years; as one can read in the 150th anniversary book published by Maarten Kuitenbrouwer, Between Orientalism and Science (in Dutch).

In recent years, however, at the insistence of the KNAW, the umbrella organization which has governed KITLV since 2001, this threefold mission has been increasingly curtailed. The publishing house had to be closed in 2012; Brill Academic Publishers took over the publication of the Verhandelingen, the Caribbean Series, as well as magazines BKI and New West Indian Guide.

In 2011 the Academy announced  that it would strive towards the establishment of a Humanities Center in Amsterdam where, it was intended, all humanities institutes of the Academy would cooperate closely.  During the past three years there have been intensive discussions between the Academy and the institutions involved.  KITLV had a special position in this discussion.  Initially, as the Academy considered abolition of KITLV among the possibilities. Fortunately this threat could be averted.  Both KITLV and Leiden University (UL) consistently maintained that, given the fields of inquiry and the national and international profile of UL, KITLV cannot be better situated than on the Leiden campus.  The board of the Academy showed its sensitivity for this reasoning.

At the end of 2013, there appeared a variant plan in which KITLV would remain on the Leiden campus and cooperation with institutes and colleagues from the UL would strengthen.  KITLV would remain a research institute of the Academy but would simultaneously become part of the currently developing Humanities Center. In contrast to this positive outcome, however, the KITLV collections, owned by the Vereniging KITLV, were transferred to the Leiden University Libraries (UBL), which now take care of the collection management of this loan.  Part of the relevant budget shifted from the Academy to UBL, while also providing a significant savings.  The details of this arrangement between the KNAW and the UL were agreed upon during the first half of 2014 as opposed to late 2013 as was intended.  In this arrangement KITLV lost the second and historically oldest and most important pillar of the institution, namely the development and management of its world-renowned collections.  This was particularly painful for the institute, especially  for the collections staff who were either being transferred to the UBL or laid off.  However, according to this agreement the UL will continue to develop the collections to ensure the strengthening of KITLV’s research.  Under the circumstances, this seemed like the best possible outcome, as the General Assembly of the Vereniging KITLV concluded. 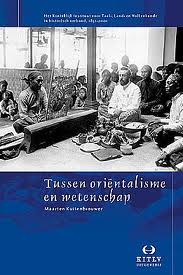 In 2001 KITLV Press published a book in Dutch on the history of 150 years KITLV: Maarten Kuitenbrouwer, Tussen oriëntalisme en wetenschap (Between Orientalism and Science). In 2013, the English version of the book, translated by Lorri Granger and edited by Harry Poeze, appeared under the title Dutch Scholarship in the Age of Empire and Beyond.

As from July 1, 2014, the KITLV library and collections are managed by Leiden University Libraries (UBL).