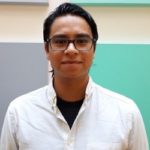 Arnoud Arps is a PhD candidate at the Amsterdam School for Cultural Analysis and a lecturer within the department of Media Studies at the University of Amsterdam. He was an affiliated fellow at The Royal Netherlands Institute of Southeast Asian and Caribbean Studies [KITLV] (2017), a visiting scholar at the Asia Institute, The University of Melbourne (2018) and is since 2019 an editor of the scholarly journal Indische Letteren. His research focuses on the position of media within the fields of memory studies, postcolonialism and travel studies with the Dutch East Indies and Indonesia as his main research topics. Published topics include: the colonial representation of nature and local inhabitants of the Dutch East Indies in Dutch East Indies travel writing; the relation between home movies from the Dutch East Indies and postcolonial cultural memories; the representation of war violence in Indonesian cinema; and how the figure of Raymond Westerling is constructed as a Dutch East Indies colonial celebrity in Dutch decolonisation literature. His current NWO-funded PhD-project is titled ‘Remembering Violence: Cultural memory, popular culture and the Indonesian War of Independence’. This PhD-project investigates how cultural memories of the violence during the Indonesian War of Independence are produced, constructed and consumed through contemporary Indonesian popular culture. More information on his personal profile, publications and research can be found here. 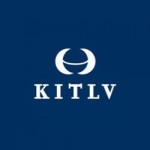 Greg Bankoff is a historical geographer who focuses on the way societies interrelate with their environments over time, especially the way people adapt to frequent hazards. For the last 25 years, he has focused his research primarily on Southeast Asia, Central Asia, the Pacific and the North Sea seeking to understand how societies, both past and present, have learnt to normalise risk and the manner in which communities deal with crisis through applied interdisciplinary approach that combines archival analysis with fieldwork, community mapping, interviews and focus groups. He is Professor of Environmental History at the University of Hull and has published extensively including over a 100 referred journal articles and book chapters. Among recent publications are co-authoring The Red Cross’s World Disaster Report 2014: Focusing on Culture and Risk, and a companion edited volume entitled Cultures and Disasters: Understanding Cultural Framings in Disaster Risk Reduction (2015). 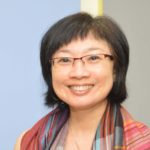 Grace V. S. Chin received her B. A. and M. A. in English Literature from University of Malaya and her Ph.D. in English literature from the University of Hong Kong. She has held teaching positions in Malaysia, Brunei Darussalam and Hong Kong, and was also a visiting scholar at the University of Philippines Diliman and Ateneo de Manila University in the Philippines. Her research interests include the literatures of postcolonial Southeast Asia and Asian women’s writings, with emphasis on gender identities and subjectivities in contemporary societies and diasporas, and her articles have appeared in leading journals, such as The Journal of Commonwealth Literature and The Journal of International Women’s Studies, as well as in books published by John Benjamins and Cambridge Scholars Publishing. She has several forthcoming publications, including a co-edited book by Springer titled, Women in Postcolonial Southeast Asian Literature: Gender, Identity, and Nation, and a co-edited Special Issue on Brunei English language and literature under World Englishes. Due to her current interest in the gendered discourses and meanings produced through language and literature in colonial Java, Chin is collaborating with Tom Hoogervorst on the representations of women in Sino-Malay fiction at KITLV. 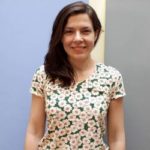 Emily Hansell Clark is a PhD candidate in Ethnomusicology at Columbia University in New York City. Her currently-developing dissertation project is concerned with migration and music-making in the former Dutch colonial empire, focusing specifically on Javanese migration to Suriname and the Netherlands. This research draws from over a decade of experience studying Javanese music and culture, including years spent as a performing member of Javanese gamelan ensembles in the U.S. and Indonesia. Emily is broadly interested in how the musical and the sonic contribute to the way selfhood and difference are imagined, constructed, governed, and lived. Emily holds a BA in Ethnomusicology and Composition from Oberlin College and an MSIS (Information Studies) from the University of Texas at Austin with a focus in sound archives. She was also appointed a Fulbright English Teaching Assistantship in Central Java, Indonesia, in 2007-2008. 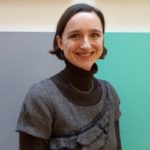 Marijke Denger holds a Ph.D. (2016) in English Literature from the University of Bern. She pursued her doctoral research with funding from the Swiss National Science Foundation (SNSF); her monograph Caring for Community: Towards a New Ethics of Responsibility in Contemporary Postcolonial Novels was published by Routledge at the end of 2018. Marijke has also studied and pursued research at Trinity College Dublin, the Centre for Colonial and Postcolonial Studies of the University of Kent, Canterbury and, during an earlier visit, at KITLV. Marijke’s research interests include Anglophone and Dutch colonial literatures, postcolonial theory and comparative imperialisms.

As of February 2019, Marijke is funded by an eighteen-month SNSF Early Postdoc.Mobility Fellowship. During this time, she will be based, first, at KITLV (until November 2019) and subsequently at the University of Oxford. At KITLV, Marijke will be doing (archival) research for her post-doctoral project, Empire in the East Indies: Literature, Geopolitics and Imperial Awareness in British Malaya and the Dutch East Indies, c. 1780-1930. Establishing the new concept of ‘imperial awareness’, the project will trace how the British and Dutch developed completely different affective relationships to empire, which continue to impact on their respective societies today. Its objects of study are British and Dutch literary texts about Malaysia, Singapore and Indonesia, written during what was a period of heightened colonial activity in the ‘East Indies’. While texts such as Joseph Conrad’s Almayer’s Folly and Multatuli’s Max Havelaar are still read and taught, many others have not yet been made available to a broad readership. This is a gap the project seeks to close. Literature represented and supported the geopolitical developments that produced different British and Dutch understandings of empire. These contributed to the formation of distinct British and Dutch literary aesthetics, which have so far hardly received joint critical attention. The project will draw on the concept of imperial awareness for a comparative analysis of British and Dutch colonial literatures. Thus, it aims to create a new literary critical tool for assessing how the politics of empire continue to impact on the politics of different European societies today. 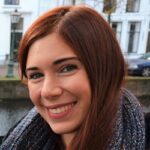 Giulia Frigo graduated cum laude at Leiden University, where she completed a Research Master in Asian Studies. Before coming to The Netherlands, she obtained a Bachelor in Japanese Studies, spending six months in Kyoto, Japan. In Leiden, she became passionate about socio-economic development and environmental issues in Southeast Asia. For her thesis, she conducted a Twitter analysis of Indonesia’s new capital city through an in-depth study of government’s tweets. She particularly focused on the political communication of smart, green and sustainable attributes of the new capital. Previously, she was hired as a Research Intern at KITLV for the project ‘Climate Change and Governance in Indonesia and the Caribbean‘, where she is now a Research Assistant.

She will study and gather information regarding the history, ecology, demography, population, size etc of Marine protected areas (MPAs) across Indonesia and the Caribbean. For this, Giulia intends to create maps to visualize, organize and represent the data. From there, four marine protected areas will be selected as case studies for the project. 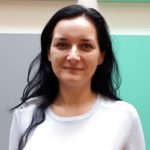 Katarzyna Marta Głąb is a PhD Candidate at SWPS University of Social Sciences and Humanities in Warsaw. Her interdisciplinary research interests situate at the intersection of cultural memory, genocide, and transitional justice studies in contemporary Indonesia. She is currently working on her dissertation, which explores the correlation of collective memory and the transitional justice process in post-Suharto time. Her current project focuses on Buru, a small island in the Moluccas used as a prison for 10,000 political prisoners following the mass killings of an estimated half a million real or suspected Communists in the mid-1960s. The site of numerous atrocities, she examines the cultural landscape of traumatic memories on Buru as a microcosm of Indonesia’s cultural memory of these killings. In her study and fieldwork, she uses an interdisciplinary non-anthropological approach, which combines human and non-human elements. For this research, in 2019, the International Association of Genocide Scholars awarded her as Emerging Scholar for scholarly excellence in the field of genocide studies. She also published several articles related to the 1965 event and collective memory, including History Discourses and Reconciliation Process in Post-Suharto Indonesia and Pancasila Sakti Museum. A Martyrological Museum Which Constructs The Identity Of The Indonesians. 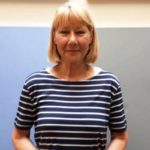 Renee Hagesteijn is a political anthropologist and associated researcher at KITLV. She is interested in political dynamics, centralization processes, state formation; informal politics in formal political systems; conditions for political legitimacy and stability; consequences and limitations of scaling up political influence. Renee conducted MA fieldwork in West Java, Indonesia and wrote her PhD thesis on political dynamics in early continental South East Asia. While pursuing a career in science management at the national research council she remained interested in theoretical developments on the verge of anthropology, political science and history. Recently she caught up with the advances in digital scholarship. She is currently preparing a comprehensive, interactive database on early Southeast Asian written sources.

Dr. Vilan van de Loo is a researcher, writer and journalist. She has published several books on the Netherlands-Indies, mostly biographies like Johannes ‘Pa’ van der Steur (1865-1945). Zijn leven, zijn werk en zijn Steurtjes (2015). Besides working on the biography of Governor-General J.B. van Heutsz (1851-1924), she explores the mysterious world of the ‘zeebaboes’ and adds frequently ladies novels from the Indies to the Leestrommel (www.Leestrommel.nl).

Jun Kai Pow obtained his PhD in Historical Musicology from King’s College London where he analyses the changing meanings within musical historiography as music developed through the creative processes and performance practices. His current research as a scholar of the long twentieth century lies primarily in the global history of cultural material. His two main objects of study are popular music and queer sexualities between Western Europe and the Malay world.  Jun is published in Transgender Studies Quarterly (2018), Intersections: Gender and Sexuality in Asia and the Pacific (2015), and South East Asia Research (2014). At KITLV, he will be working on the book manuscript entitled, Queer Necrography: An Ethnographic History of Malay Mortality, 1939-1999.

The figure of the queer Malay surfaces itself time and time again within the long twentieth century, but only to be thwarted with a mortal destiny. Since the introduction of the legal censure against sodomy in the Straits Settlement in 1938, a new category of the sexual minority was created in the settler colony of Singapore. In a polity that underwent tremendous changes in administration and infrastructure, the multi-faceted lives of queer Malays have been doubly marginalized. This monograph aims to trace the concealment and revelation of a cultural consciousness from the perspective of the natives of the Malay region, with a special focus on their sexual orientation and gender expression. Always a neglected community within academic research on Singapore, their queer presence can in fact be discerned through mainstream and new media, including fiction, film and the Internet. Grounded on the metaphor of mortality, this book examines these (self-)effacing representations in the latter half of the twentieth century.

More information on his personal profile, publications and research can be found at www.powjunkai.wordpress.com. 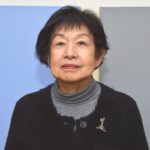 Patricia Tjiook-Liem obtained her Master of Laws at the University of Amsterdam. In 2009 she defended her Ph.D. dissertation on ‘The legal position of the Chinese in the Dutch East-Indies 1848-1942’ at Leiden University-Van Vollenhoven Institute. Previously her article ‘Fact and fiction on the Japanese Law’ was published in the legal magazine Rechtsgeleerd Magazijn Themis. This article dealt with the amendment of one of the most important articles of Dutch East-Indies’ constitutional law, an article directly related to the complex legal position of the Chinese in the colonial period. At present one of her main interests is the Chinese Indonesian Heritage Center (CIHC) of KITLV. The CIHC aims to collect and preserve the heritage of the Chinese in the Netherlands.

Also interested in becoming a visiting fellow at our institute? Click here to check out the different types of fellowships we have available at KITLV.