08 Nov Blog: A compendium of four articles on what the Russia-Ukraine war means for the CARICOM bloc

Posted at 18:08h in Blog Posts, News Items, Spotlight on the Caribbean by KITLV 0 Comments
Share

The Russia-Ukraine War marks a watershed for contemporary international politics, ushering in a multipolar international system. Great powers continue to exert influence over this transition. All the while, a bevy of other actors on the international stage are diplomatically positioning themselves to have their say in this era-defining geopolitical moment, whose effects are now (and for the foreseeable future will be) ubiquitous in international relations. In this regard, placing an emphasis on what it means for their countries and the regional integration grouping, the leadership and policymaking communities of the Caribbean Community (CARICOM) bloc of small states have concerns about this moment.

With the geopolitics of our age in flux, for Caribbean foreign affairs policymakers, among the many questions arising are: Where do CARICOM member states stand? Moreover, how could this period of flux possibly impact on these states? In this context, given the varying foreign policy objectives at play, what are some of the dynamics in the relational mix?

In three recently-published articles, with an eye to the dynamic official foreign policy positioning of those small states relative to great powers, I proffer a preliminary assessment of these research questions. In a fourth and final article, which caps off this series of foreign policy and diplomacy-centric analyses, I take stock of and enhance views conveyed in the three articles in question. Those interconnected articles – in order of publication (inclusive of their respective subheadings)– are titled:

1. ‘CARICOM States Contend with a New Era of Great-power Rivalry’ – published on September 8, 2022 by the LSE Latin America and Caribbean Centre.
As the Caribbean Community (Caricom) foreign policy apparatus is concluding preparations for the upcoming 77th session of the United Nations General Assembly (UNGA), which is the UN’s main policy-making organ, the bloc will harness the event to reaffirm its broader interests in foundational tenets of the UN Charter.

3. ‘The Russia-Ukraine War and Two Interrelated Ways to Think about CARICOM States’ Associated Diplomacy’ – published on October 26, 2022 by TheGlobalAmericans.org.
As CARICOM member states diplomatically contend with the fallout of the Russia-Ukraine war, which is an era-inducing catalyst for systemic change, the duality of purpose of their national interests has shone through on the international stage.

4. ‘Whither CARICOM States’ Interests in a New Age of Great-power Geopolitics?’ – published on November 3, 2022 by the United Nations University Institute on Comparative Regional Integration Studies (UNU-CRIS).
For great powers and small states alike, geopolitical eras provide a cue to foreign policy orientations. This geopolitical reality must be understood within the context of “great-power leadership” and the national interest, as is well-known by the Caribbean Community (CARICOM) bloc of small states.

The foregoing articles are informed by a particular and consequential geopolitical moment in the early twenty-first century, which great-power rivalry is ratcheting up. In these circumstances, with a view to framing the stakes involved in terms of the major powers, international relations professionals conventionally approach their analyses in one of two ways:

While the two perspectives are connected by some paradigmatic common sinew (e.g. “neo-utilitarian precepts and premises”), each has its own axiological commitments, with which one can approach the study of foreign policy behaviour. Constructivists also offer a useful analytical schema, which is a significant departure from the disciplinary mainstream, with its focus on the ideational and identity-related dimensions of interests.

In the four articles under reference herein the neorealist and the neoliberal institutionalist oriented stakes in play in this moment, as they pertain to the CARICOM bloc of small states, are on full display. The third of the four articles, as listed above, also draws – in part – on constructivist thinking.

In this reading, which is ever mindful of their divisions about theorizing real-world international relations, discrete disciplinary paradigms can be used to good effect. Indeed, the aforementioned articles and their findings contribute to our understanding of the significance of this geopolitical moment to those states, while providing insight into the latter’s associated foreign policy preferences, beliefs (intentions) and decision-making.

Moreover, the intent of the analyses and related assessments is to provide policymakers with requisite insight to help inform decision-making at this crucial juncture. This body of work should also be of interest to some international/regional affairs-related academic and policy communities, among others, as they buildout their respective scholarly and policy agendas per the ongoing global reconfigurations vis-à-vis the determinants of state behaviour. 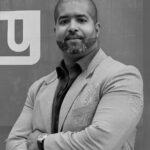 Dr. Nand C. Bardouille is manager of The Diplomatic Academy of the Caribbean in the Institute of International Relations (IIR), The University of the West Indies (The UWI), St. Augustine Campus, Trinidad and Tobago. The views expressed in this article are those of the author and do not reflect the official policy or position of The UWI.