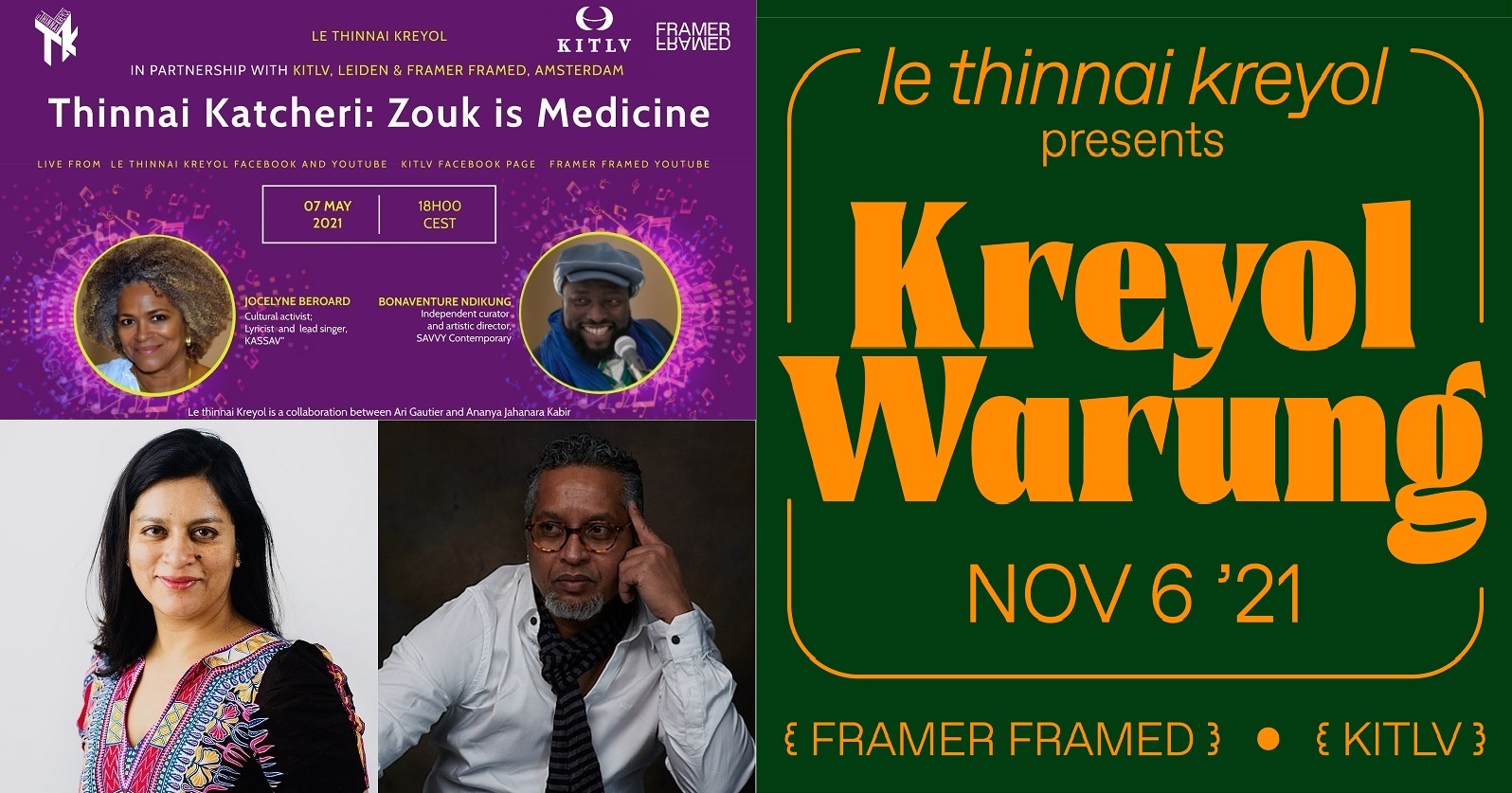 In May 2020 we (Ari Gautier, author, Oslo, and Ananya Jahanara Kabir, Professor, King’s College London) co-founded le thinnai kreyol, a multi-lingual online cultural platform that promotes our vision for a plural and creolised India. Through a praxis of collaboration, resistance and solidarity that takes inspiration from creolisation itself, le thinnai kreyol decolonizes structures of knowledge and ensures its non-hierarchical dissemination beyond academic audiences. In this task, it takes inspiration from the structure and social function of a thinnai (Tamil for ‘verandah’), and the radical potential of creolisation as a cultural process to create new solidarities through the epistemic structure we call ‘the archipelago of fragments’. Our praxis and vision corresponded closely to the aims of ‘Atelier KITLV’, KITLV and Framer Framed’s collaboration decolonizing academia, and in 2021 we were honoured to become their first guests under this collaboration.

For Atelier KITLV, le thinnai kreyol delivered a series of three events exploring creolization as a politics, aesthetics, and ethics of becoming. The webinar ‘Kucini, kallu, Kakkus: Creolising India Across the Oceans’ kicked off the series on March 23rd. An online conversation entitled ‘Zouk as a medicine’ featuring Kassav’s first lady, Jocelyne Béroard, herself, followed on the 7th May. Finally, on the 6th of November, we curated ‘Kreyol Warung’, a live, immersive event celebrating creole commensality, at the Amsterdam premises of Framer Framed. These resources enabled le thinnai Kreyol to grow, experiment, develop our curatorial practice, and move our collaboration into physical as well as virtual space. We are deeply grateful for the trust, friendship, and camaraderie. The materials we produced will form the basis of a reflective essay on methods which, eventually, we want to make the basis for a handbook of creolisation as decolonising practice.

Our inaugural webinar, livestreamed through KITLV, charted some strategies for recognising creolisation as a cultural and political force, and reclaiming its resistive power. Three words from Pondicherry Tamil–  Kucini (kitchen, from Portuguese ‘cozinha’); kallu (palm wine, Tamil); kakkus (toilet, from Dutch ‘kakhuis’)—were our starting point to remind our audiences that peninsular India, too, has been a creolised and creolising space. Even as kallu was incorporated within local responses to European foodways (from vinegar production to cake-making), the Dutch and Portuguese words repurposed within Tamil (and other Indic languages) reactivate somatic memory of how creolisation shapes the most intimate realms of everyday life. Contact between Europeans and Indians from the 16th century onwards inaugurated regimes of taste and space-making that connected global and local levels through the collision of creativity and commerce, transforming habitus as the convergence of material and embodied culture. The re-calibration of Indian-ness through creolisation seizes postcolonial culture from the province of nation-states and racialised and ethnic enclaves, and transmits it as an archipelago of fragments linking the Atlantic, Pacific and Indian Ocean worlds. A lively q and a followed, led by a response from Professor Wayne Modest and chaired by Professor Francio Guadeloupe. A rare meeting of the Dutch and Anglophone Caribbean and Anglophone and Francophone India!

Our second virtual event doubled as the inauguration of le thinnai kreyol’s fourth season of ‘katcheries’: improvised conversations with invited guests, exploring creolised modes of being and expression in the world. Livestreamed from le thinnai kreyol Facebook page and YouTube channel; this event was additionally livestreamed from the KITLV and Framer Framed Facebook pages. This katcheri featured a never-before conversation between Madame Jocelyne Beroard, founding member of the Caribbean’s most famous band, Kassav’ and curator-at-large Dr Bonaventure Ndikung, director of SAVVY Contemporary, Berlin, and incoming Director of Berlin’s HKW. The theme, ‘Zouk is medicine’ paid homage to the classic zouk anthem by Kassav’ and announced a sonic and kinetic decolonization across the Atlantic, Indian, and Pacific Ocean worlds. This was an opportunity to talk together about creolised music and dance as a mode of healing ourselves from the ruptures and alienations of colonialism. The replay has been viewed 12k times already.

Finally, with the partial respite from the pandemic by the summer of 2021, we could execute a grand finale through Kreyol Warung: an evening of creole commensality and conviviality at Framer Framed, Amsterdam. The energies generated through our online programming were channelled back to an in-person gathering. Could the potentially infinite reach of ‘online’ meet the closer connect which ‘in-person’ enables? We were thrilled to receive generous resources from Atelier KITLV to explore this question together, by bringing together in Amsterdam three artistes from the Netherlands who have been virtual guests of le thinnai Kreyol during 2020-21: multi-media performance artist Antonio Jose Guzman, lyricist and singer Raj Mohan, and dancer-choreographer Shailesh Bahoran, who were accompanied by the Sarodist Avi Kishna. Invocations to the orishas, block-printed fabrics from India, dance, procession, chanting, music and song emanated in improvised modes, bringing together audience, artists and hosts around the poignant materialisations of climate change and precarity within the space of Framer Framed. Languages, gestures, embodied and material cultures from Indonesia to the Pacific through the Panama Canal reverberated around images of endangered species labelled simply by the word for ‘comrade’ in diverse languages, that stood sentinel amongst our mobile efforts to regroup as community through movement. The gathering around Surinamese Warung food reminded us that commensality is always the basis for community, and, in light of pandemic-era solitariness, a resource to be deeply cherished. 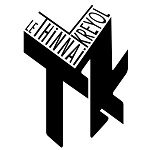