Wooi Fana. Ujir sepanjang masa (English title: Wooi Fana. Life in Times in Ujir) by Antoinette Schapper is a community source book created for the people of Ujir and their descendants. Ujir was a prominent trading village in the Aru Islands (Moluccas, Indonesia) from an early time. From the first arrival of the Dutch in Aru in the 17th century, the Ujir people and their village feature prominently in the historical record on Aru. Using publications of European archival and other materials, the book presents descriptions of the village of Ujir and anecdotes about the people of Ujir, their land and their lives. These accounts do not replace indigenous Ujir sources, but can be regarded as complimentary to local knowledge.

This book is dedicated to the people of Ujir, past and present. Ujir has garnered attention from travelers and researchers over several generations. However, the people of Ujir themselves have seen little, if anything, of the results of these visits to their lands. This book is an attempt to give back something of the work on Ujir to the Ujir people.

The research which allowed this work to be created  was funded by the Documentation of Endangered Languages (DoBeS) programme of the Volkswagen Foundation, Germany. Through the project Roos and Ruins: A project to document Ujir, researchers have been able to create a digital archive of recordings of the language-culture systems of the Aru Islands, with Ujir being the most prominent among the documented groups. 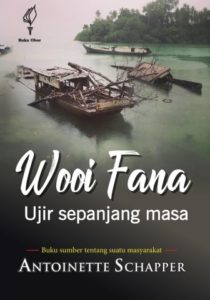 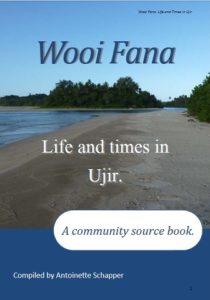