Evolution of the Lexicon: Explorations in Lexical Stability, Semantic Shift and Borrowing in a Papuan Language Family 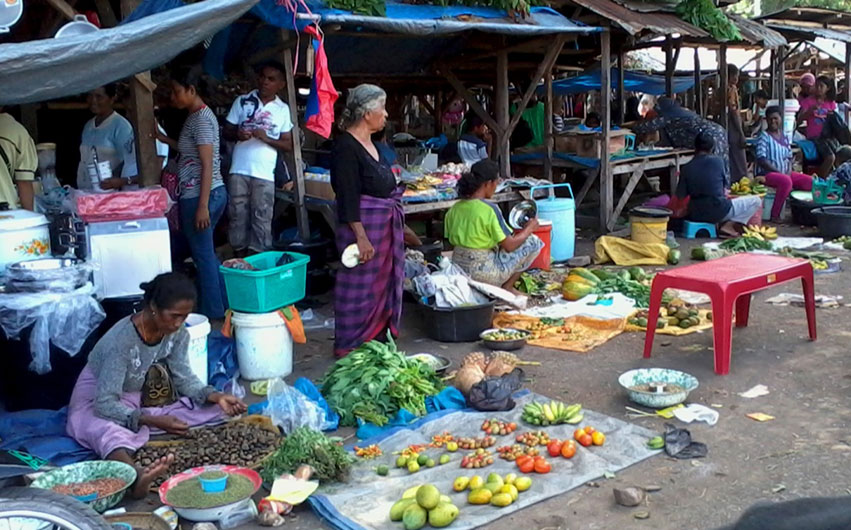 This project seeks to expand cross-linguistic perspectives in lexical typology by carrying out a detailed comparative investigation of the lexicon in the Papuan languages of the little-known Timor-Alor-Pantar (TAP) family spoken in eastern Indonesia and Timor-Leste. Combining in-depth fieldwork-based study with crosslinguistic comparison using extant materials, the project will examine the diverse evolutionary histories of the lexicon within this family. Changes in the lexicon will be tracked throughout the family in terms of both the forms of lexemes and their meanings in domains reflecting different cognitive, ethnographic, and ecological concerns (such as temperature, quantity, kinship, fauna, landscape and emotions).

The lexicon is a rich, expansive repository not only of linguistic but also of environmental and cultural knowledge. The lexicon can give us insights into the very fundaments of human cognition, since words represent concepts and are thus closely tied to cognitive representations. Given the common cognitive basis of the human language faculty, we might expect there to be lexico-semantic distinctions that are universal in human language, simply due to non-linguistic aspects of cognition. But debate rages: what are these universals? Are they truly universal? Or are they simply tendential conventions which languages often but not always display? If conventional, how do we then explain variation in patterns of lexicalization, that is, the way meanings are divided up into individual words, in the world’s languages? And what governs the lexical variation that exists between languages? How does such variation come into being and are there universals in the metaphorical and metonymical shifts observed in changes to lexical semantics?

This  project will create a detailed picture of the dynamics of lexico-semantic change and throw light on the cognitive structures underpinning patterns of lexicalization. The project will be important for linguistics and lexical typology in the following respects. Descriptively, the project will bring together a wealth of data on earlier unknown lexicons, lexicalisation patterns and semantic shifts in several un(der)described cognitive domains across the language family. Specifically, the project will produce primary documentation of two TAP language-culture lexical systems, namely a reference dictionary of Bunaq and an introductory dictionary of Wersing. Theoretically, the project will provide new insights on the interaction of universal cognitive parameters, socio-cultural and contact in shaping the lexicon, thus contributing to current discussions in cognitive linguistics, typology and historical linguistics. In short, this project will contribute significantly to our understanding of the TAP family, worldwide diversity in lexical semantics, the dynamics of lexical evolution, and how it may reflect important aspects of human social behaviours and their surrounding environments.