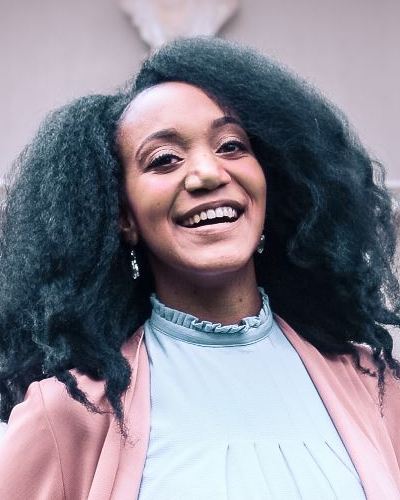 Dyonna Benett is a research assistent at KITLV as part of the research project Traveling Caribbean Heritage. The project aims to study the dynamics of heritage formation in Aruba, Bonaire, Curaçao and the Netherlands as influenced by migration and creolization, non-sovereignty and nation-building, and tourism. The project team, based both in the Netherlands and on the islands, will also form a common platform and an infrastructure for continued exchange and capacity building.

As a freelancer within the museum, archive and heritage sector, Dyonna is an all-round heritage professional, speaker, curator and community coördinator and she passionately pollinates the museum, archive and heritage sector. In this she focuses on heritage, inclusivity and representation of marginalized groups and underexposed subjects. As a community coordinator she focuses on reaching and involving specified and (in) visible target groups. In addition, Dyonna is also a visual arts and cultural heritage advisor to the Mondriaan Fund and Dutch Culture, a guest curator of the Reinwardt Academy | Heritage Arena, program maker for Caribbean Ties NL at the Museon and she also worked as a safeguarding and public awareness advisor at the Dutch Centre for Intangible Heritage.

During her studies, her graduation thesis The mirror of a nation: an investigation into the representation of identity in the museums of Curaçao was nominated by the International Council of Museums Thesis prize. As one of the pioneers in the field of many-voiced heritage and with the research results from her thesis, it makes her competent to define sensitive issues and to translate this empathically to a larger audience. She conveys socially critical topics to the public in an inspiring and confrontational way. Through her passion for cultural heritage, she connects her expertise with developments and life lessons, where inspiration is the core.

An inventory of the archive of the Baambrugge Westzijds Water Authority. Amsterdam, July 2018.