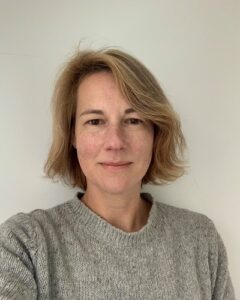 Alison Fischer is a PhD Candidate on the topic of law, race and post-colonial communities in the Netherlands. She is exploring how law has played a historical role in constructing racial identities in Dutch society and how those constructions affect the exercise of citizenship and belonging in the Netherlands. (More to follow pending discussions re supervision).

Alison has a BA in Political Science from the University of North Carolina Chapel Hill (1999), where she was a Morehead Scholar, and a JD (doctorate of jurisprudence) from Columbia University (2005). She worked as a grassroots organizer and criminal defense lawyer in the United States, before immigrating to the Netherlands in 2011. Since then, she has taught at the University of Amsterdam where she helped start the College of Politics, Psychology, Law and Economics (PPLE).