Posted at 15:39h in News Items, Spotlight on the Caribbean by KITLV 0 Comments
Share

This is the only complete archaeological collection in Venezuela coming from systematic excavations and contains nearly 100,000 artifacts and ecofacts. The pre-colonial materials include hundreds of human pottery figurines, anthropo- and zoomorphic vessels and dozens of artifacts of ritualistic or shamanic function, apart from a vast zooarchaeological collection. The colonial- and republican-period collections largely consist of ceramics, metal, stone, and glass artefacts. This project aims to help in the preservation of these rich and diverse collections of extraordinary academic, historic, and artistic value, as well as of great significance for local communities, especially those that inhabit the islands.

The funding from the Partnership between the Gerda Henkel Foundation and the Prince Claus Fund allows to perform, among others, the following activities: 1. physical safeguarding (improvement of security measures at UEA USB); 2. virtual safeguarding (emergency digitization of the most vulnerable objects [‘virtual museum pilot’] and placing them in an open access source); and 3. crafting replicas and reconstructions of selected objects of pre-colonial imagery (allowing heritage to act now), to be donated for small exhibitions in the local communities in the Los Roques Archipelago and on Margarita Island. 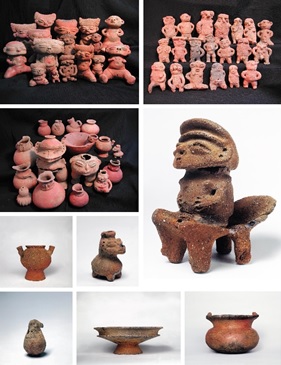 Selected objects of the pre-Hispanic imagery from the collection of the Archaeological Studies Unit (UEA) at Simón Bolívar University (USB) in Caracas, Venezuela. Photographs by Marlena Antczak, Carlos Germán Rojas and Andrzej Antczak. 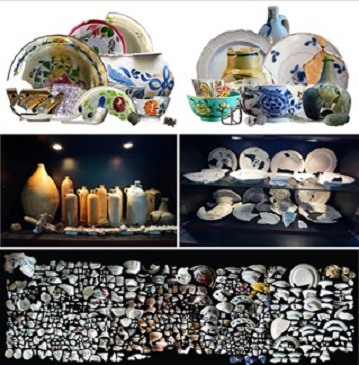 Selected objects from the colonial and republican collection of the Archaeological Studies Unit (UEA) at Simón Bolívar University (USB) in Caracas, Venezuela. Photographs by Konrad Antczak. 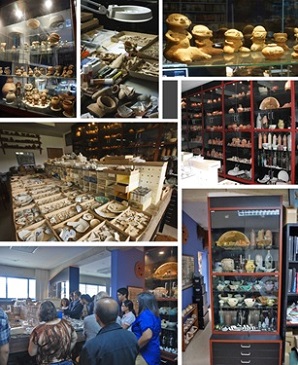