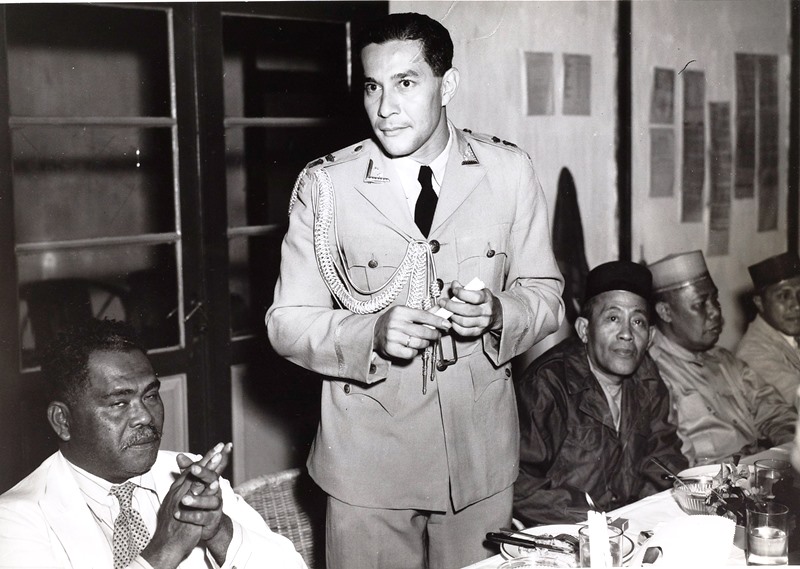 For her PhD thesis, historian Katja Payens is writing a political biography of Hamid Alkadrie, (1913-1978), Sultan of Pontianak. The aim of this study is to understand the significance of Sultan Hamid to Indonesia’s independence and state formation (from 1945 to 1950), with a special focus on his role as the leader of the federalists and the federal option in the sovereign state of Indonesia.

Indonesian by birth, Hamid was a cosmopolitan and well-disposed to the Dutch. Born into an aristocratic Arabic-Malay family from western Borneo, he was brought up by British governesses, educated on a military academy in the Netherlands, and married to a Dutch wife. Ethnically, socially, culturally and politically Hamid was affiliated to Indonesia, though by upbringing, education, marriage and as a military of the Royal Netherlands East Indies Army (KNIL) he was connected to the Dutch. Hamid was a proponent of an independent Indonesia founded as a federal state, not a unitary state as the Republicans aimed for.

Directly after the Second World War, Hamid succeeded his father – who was murdered by the Japanese – as Sultan of Pontianak, at the insistence of the Dutch government. Shortly after Hamid’s installation, the Dutch Governor-General Van Mook came up with a federal solution as an alternative for the Indonesian Republic proclaimed by Sukarno and Hatta. Hamid became the leader of the federalists.

With its independence officially tratified on the 27th of December 1949, Indonesia started its nationhood as the federal United States of Indonesia. Hamid became minister and designed the Garuda Pancasila, the national symbol of the Republic Indonesia since 1951. Four months after Indonesia’s sovereignty he was arrested and imprisoned until 1958, while Indonesia had become a unitary state.

The conflicting narratives of Indonesia’s independence are predominantly described from either the Republican or the Dutch point of view. It is important to also look into this history from a federal point of view. The special position of Sultan Hamid offers an insight into the relationship between the different participants involved and the complexity of the decolonization process.