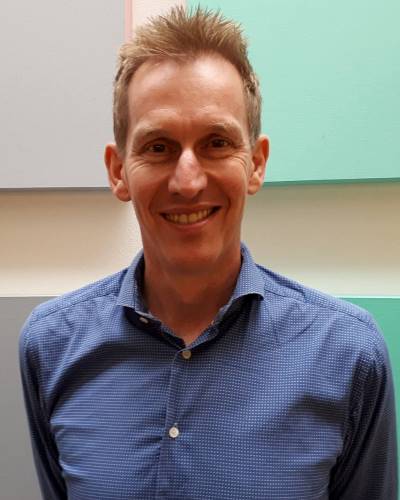 Back to all supporting staff

Trained as an historian and social scientist, Sikko Visscher is now a full time Policy Officer. At the KITLV, he will work as Research Advisor and Liaison Officer and will continue the management of the SPIN programme until the end of the current phase. He will be involved in the development of strategy regarding the bilateral research cooperation with Indonesia and with the management of initiatives and activities in European cooperation. He is also a board member and Secretary of the Member Association (Vereniging) KITLV.

Sikko Visscher obtained his MA in Modern Asian History (Cum Laude University of Amsterdam (UvA), 1992) having written a final paper entitled Normalization of Sino-Indonesian Diplomatic Relations: Analysis, Background and Processes. He defended his PhD thesis entitled: Business, Ethnicity and State: The Representational Relationship of the Singapore Chinese Chamber of Commerce and the State, 1945-1997 in 2002 and received his doctorate at the Free University (VU), Amsterdam. From 2002-2004 he was the coordinating postdoc in the integrated research programme Brokers of Capital and Knowledge, conducting his own research on Constructing Penang; Globalization, Modernity and Lifestyle in the Real Estate Development Sector in Penang, 1960-2000. Sikko studied in China and conducted fieldwork in Singapore and Malaysia.

Sikko taught BA and MA courses at the UVA and VU and was the Coordinator and Academic Advisor for the MA programme Contemporary Asian Studies at the UVA. At the International Institute for Asian Studies (IIAS), he was engaged in translating research and teaching on Asia into the organization of activities aimed at the general public.

In 2009, Sikko switched to the Royal Netherlands Academy of Arts and Sciences (KNAW) where he has been involved in a variety of programmes and processes. Since 2011, he is the Programme Manager of the Scientific Programme Indonesia – The Netherlands (SPIN) and the Executive Secretary of the SPIN Committee. The current phase of SPIN entails 8 integrated joint research projects of Indonesian-Dutch research teams and a total budget of €7,5 million provided by the Dutch Ministry of Education, Culture and Science (OCW). Sikko was actively involved in the Open Science Meetings (OSM) of 2011 and 2014 and is the lead organizer from the Netherlands for OSM 2017 in Yogyakarta – Towards Resilient Society.

The Business of Politics and Ethnicity; A History of the Singapore Chinese Chamber of Commerce and Industry. National University of Singapore Press, 2007.

‘Development, Land Access and Social Unrest; the Case of George Town, Penang’, based on a paper presented at the 2007 Euroseas conference in the panel `Localities of Value: Ambiguous Strategies of Access to Land and Natural Resources in Southeast Asia’, 2007.

‘Have your K and eat it: Knowledge as image, goal and strategy in the IT and real estate sectors in Penang, Malaysia‘, special issue van Journal of Asian Business 22:1-3, 2006.

‘Actors and Arenas, Elections and Competition: the 1958 Election of the Singapore Chinese Chamber of Commerce’, Journal of Southeast Asian Studies 33-2: 315-332, 2002.