19 Apr The beauty of Indonesian elections

I love election day in Indonesia. Particularly the moment the votes are counted. This is the moment when Indonesia’s democracy is at its most likable. Yes, I can worry about the role of money in the elections, the dominance of economic elites or the associated corruption. But Indonesia’s democracy suddenly looks a lot more healthy when you observe the vote counting in one of the many (800 hundred thousand!) polling stations. 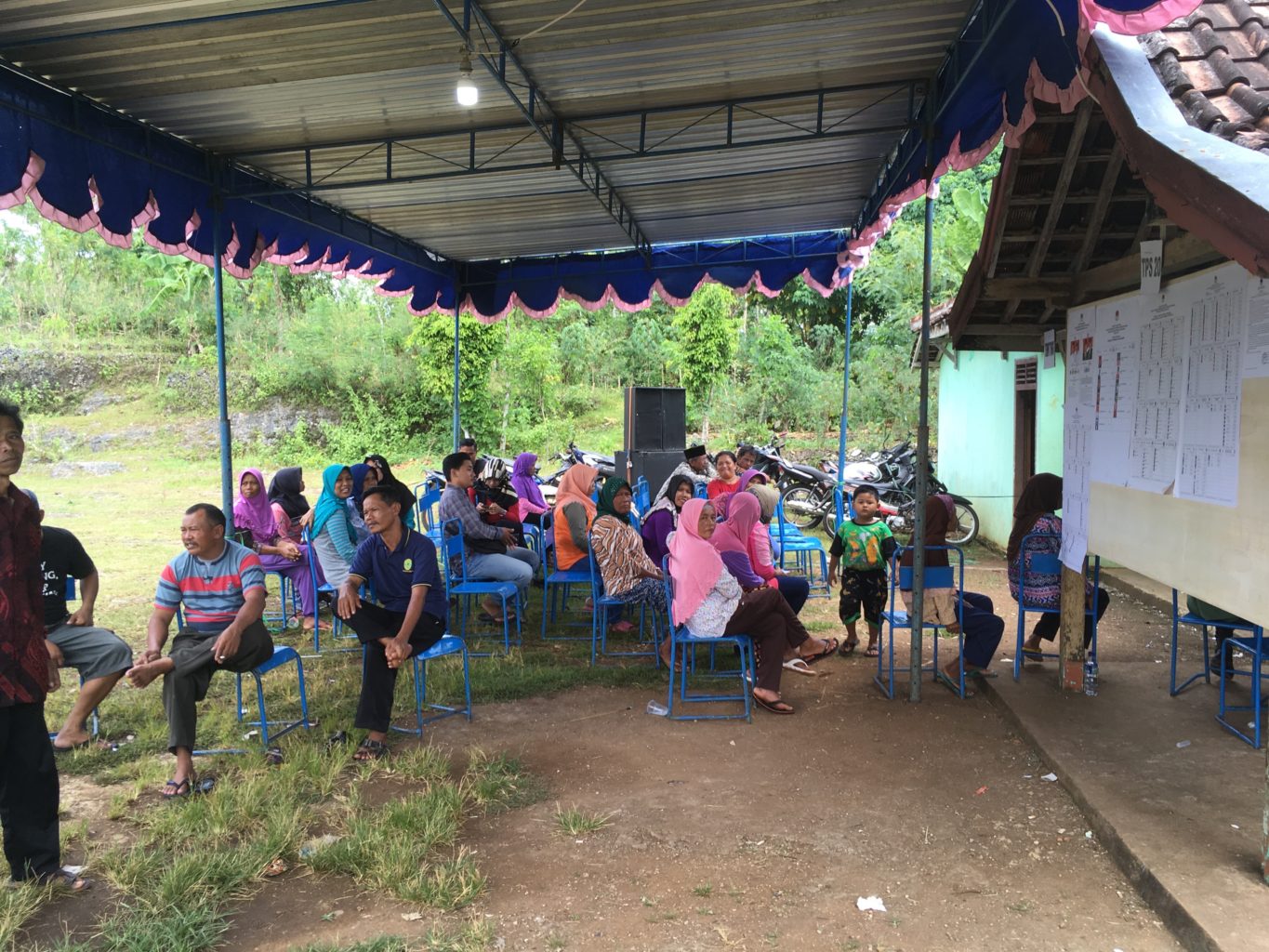 People waiting before they are called in to vote.

I had the change to observe election day in Monggol, a village in the vicinity of Jogyakarta, Central Java. Throughout the day the atmosphere was solemn and happy. It was already impressive to see how relaxed and patient voters went through the motions. Outside each TPS lines with chairs were put out, and people had to sit there for sometimes more than half an hour before their number was called out. It helped that in Indonesia election day is a holiday – which perhaps explains the relaxed mood. 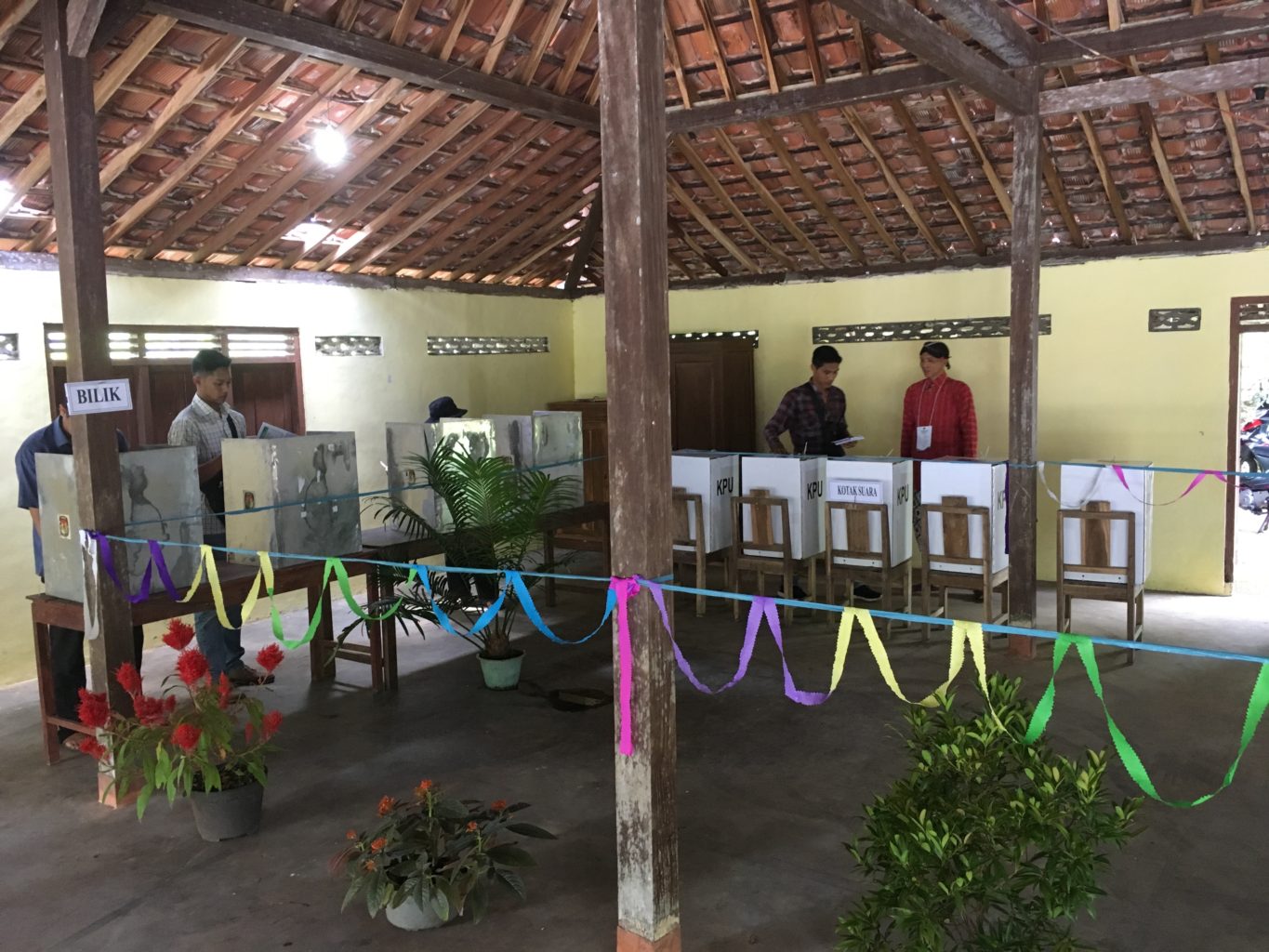 And then, at 13:00, the vote counting started. In contrast to many other countries the count is done publicly. It is a community effort, led by the local booth-committee and observed by often quite a large crowd of bystanders. There is a division of tasks in this process. On one side of the room the booth-committee, usually a group of five or six local inhabitants. They open the ballot boxes, unfold the ballots and then read out the vote – with the chairman of the committee saying ‘sah’ (valid) when the vote was cast in the right way (in Indonesia the voting is done by making a whole in the ballot in the box of the chosen candidates. Holes that are unclear or on the border between candidate-boxes, can lead to a vote being ‘tidak sah’). Another committee member subsequently duly notes the vote down on a big sheet of paper hung on the wall. 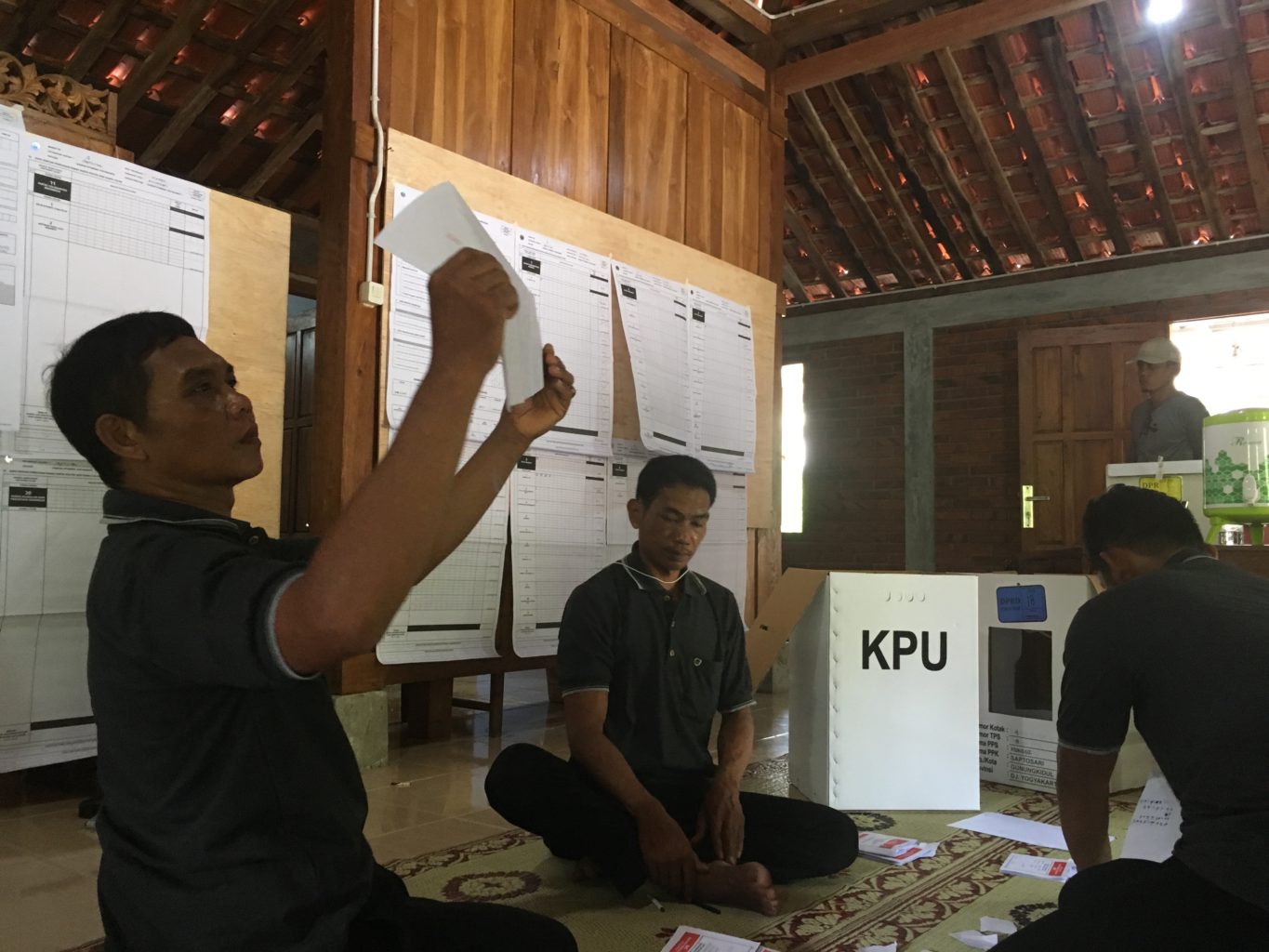 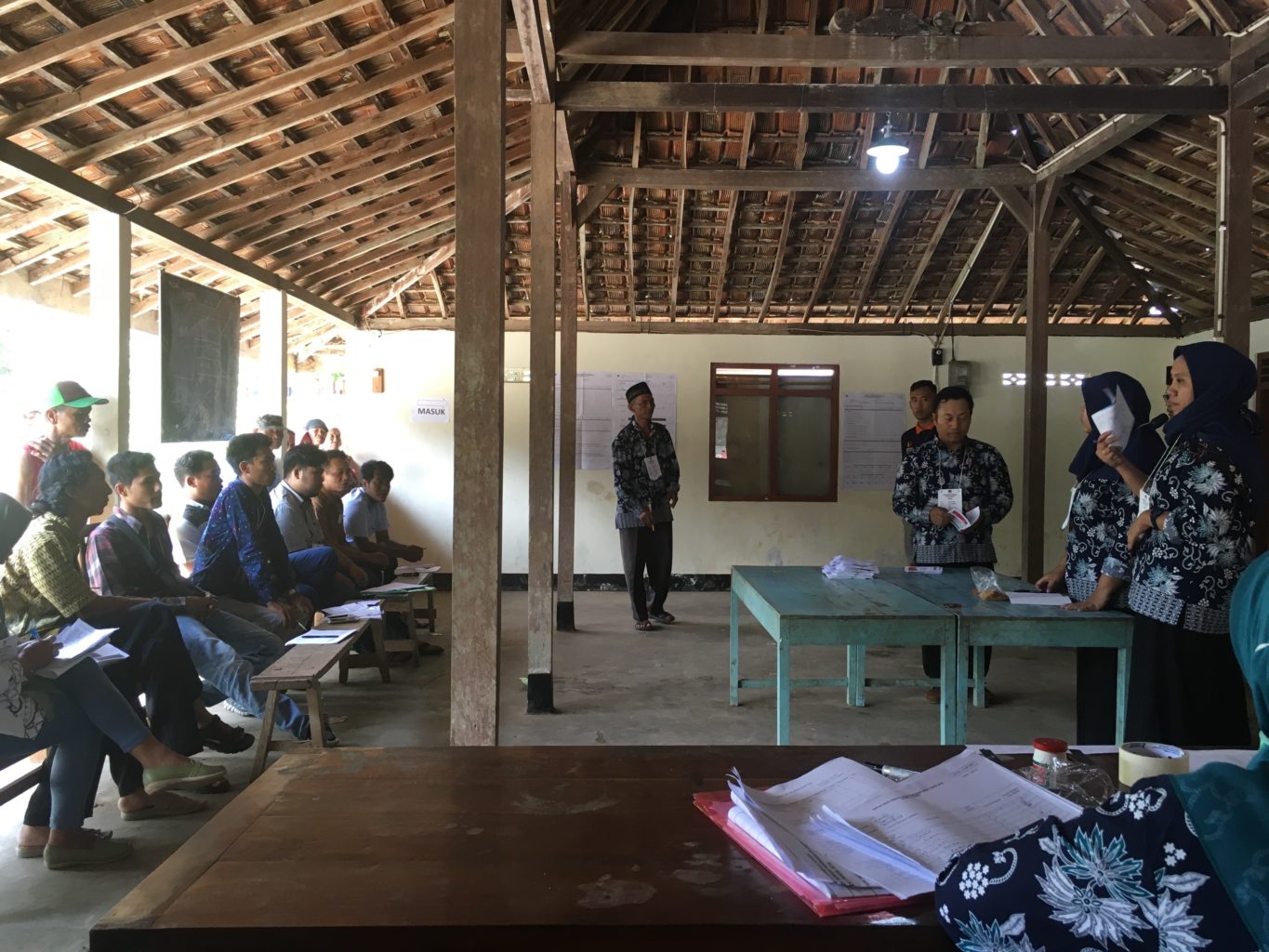 On the other side of the room are the saksi, i.e. the ‘witnessses’ who represent the political parties. Their task is to scrutinize every ballot, and to do their own vote count so that no vote is missed. Parties prefer to have such booth-witnesses to prevent vote tampering – a not-unheard of practice.

The ballots are examined so closely, and the process is done so earnestly, that it takes ages. Particularly since this involved five simultaneous elections – for president and four different parliaments. I heard of vote booths were the process took until 3 am. But that slow attention to every vote is also the beauty of it. This is an expression of care and love for the democratic process. I calculated: since there are about 800 thousand polling booths, and at each there must be about 15 witnesses and committee members, that means that on this afternoon of 17 april 2019 about 12 million Indonesians were volunteering their time to ensure that each vote is counted well. That is one big act of citizenship. There might be vote buying and money politics, but Indonesians do celebrate democracy well.