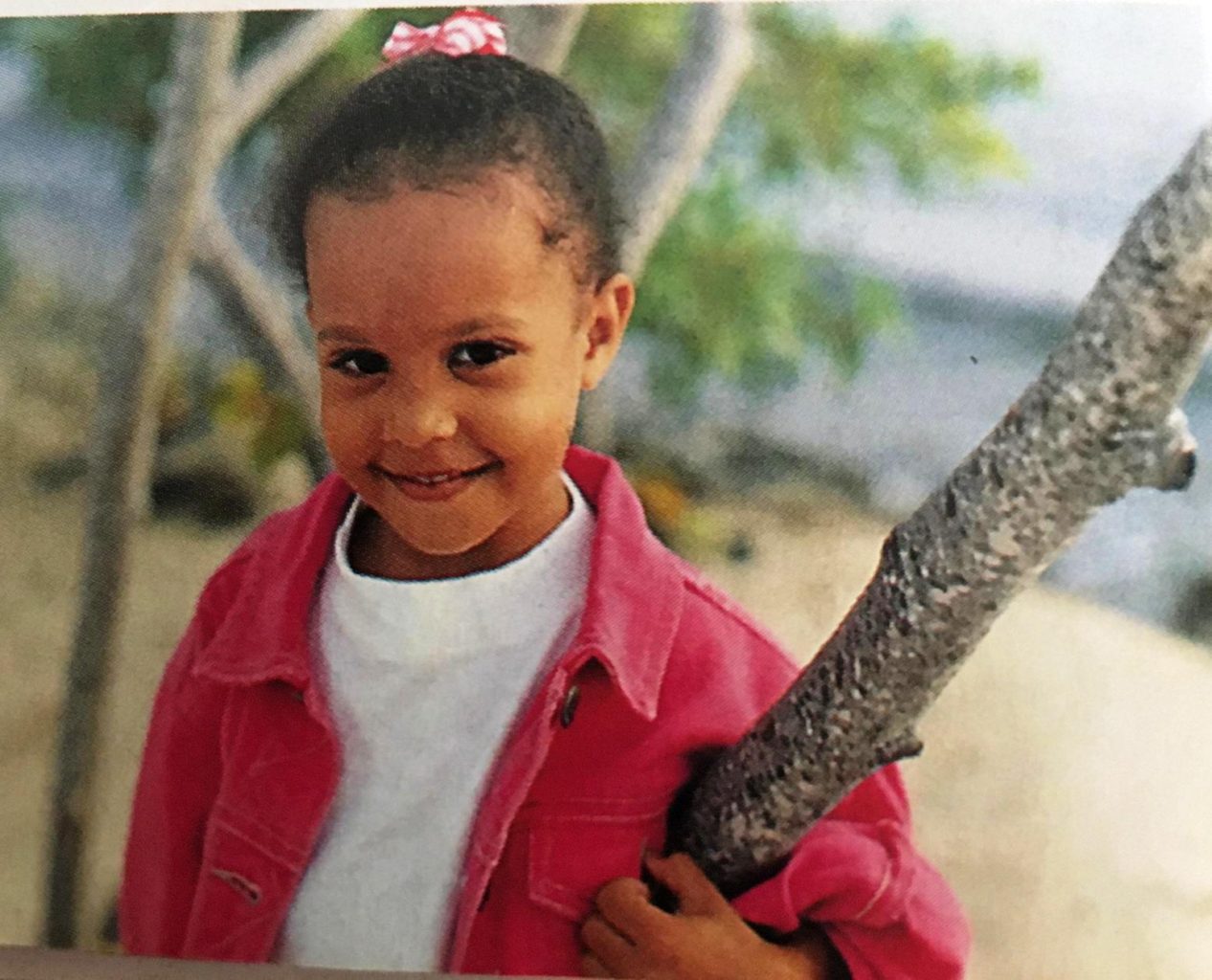 I remember when there was Mel B – in the spice girls. I remember the day I got my first black barbie doll. She could yo-yo and had a yellow outfit. I remember the United Colors of Benetton commercials and my sisters showing and telling me that being brown or black is beautiful, too. They encouraged me to play with my brown dolls and to see(k) the black role-models in magazines, on TV and the radio. I remember Destiny’s Child and Alicia Keys. While continued to deviate to those with lighter black skin tones, at some point I no longer was actively preoccupied with the colour of my skin.

But then I also remember I refused to learn Papiamentu for a long time. A useless language I used to say, Dutch and English are enough. I remember getting teased by my family for having such a typical Dutch accent. ‘Waarom praat je zo bekakt?!’ they would say. I wouldn’t say I liked it, but I also didn’t mind. And that stuck with me when I moved to the Netherlands. People were usually surprised when I told them I grew up on Curacao and only moved to the Netherlands at the age of 17. ‘Oh really?! But you don’t sound like an Antiliaan at all’. I believed that not having a heavy accent was such an asset. And I think it was, too. I remember being uncomfortable, saying that I am black myself. I would say coloured, brown, caramel, you name it, but not black.

Now to be clear: my surroundings have always been multi-coloured, all-racial, creole cultured. I grew up on Curaçao, for heck’s sake. My very own family is the epitome of what one would call a rainbow! And again I was never bullied, nor can I remember times where I was dismissed, scolded or unfairly treated based on the colour of my skin. And yet, despite seeing all shades of white, brown, yellow, red and black around me all the time, something was happening that made me believe that being white is better than being black. Being white, better than being black?

I feel ashamed but mostly heartbroken that somewhere deep down, I believed that, too. Had I been living my life thinking that I mattered less, that I was less?

I am a pretty confident person, and I know it’s not just about the aesthetics of my skin colour or appearance. I love the way I look, and I love my skin and my golden tan whenever I go back to Curacao. I don’t ‘want to be white’ because I think that is prettier. Still, in terms of aesthetics, my desire to be white when I was a young girl did have a lot to with representation and what societies decide are the standards of beauty. Over the years, this issue of representation received much attention and underwent many changes. The natural hair movement is an essential example of this. 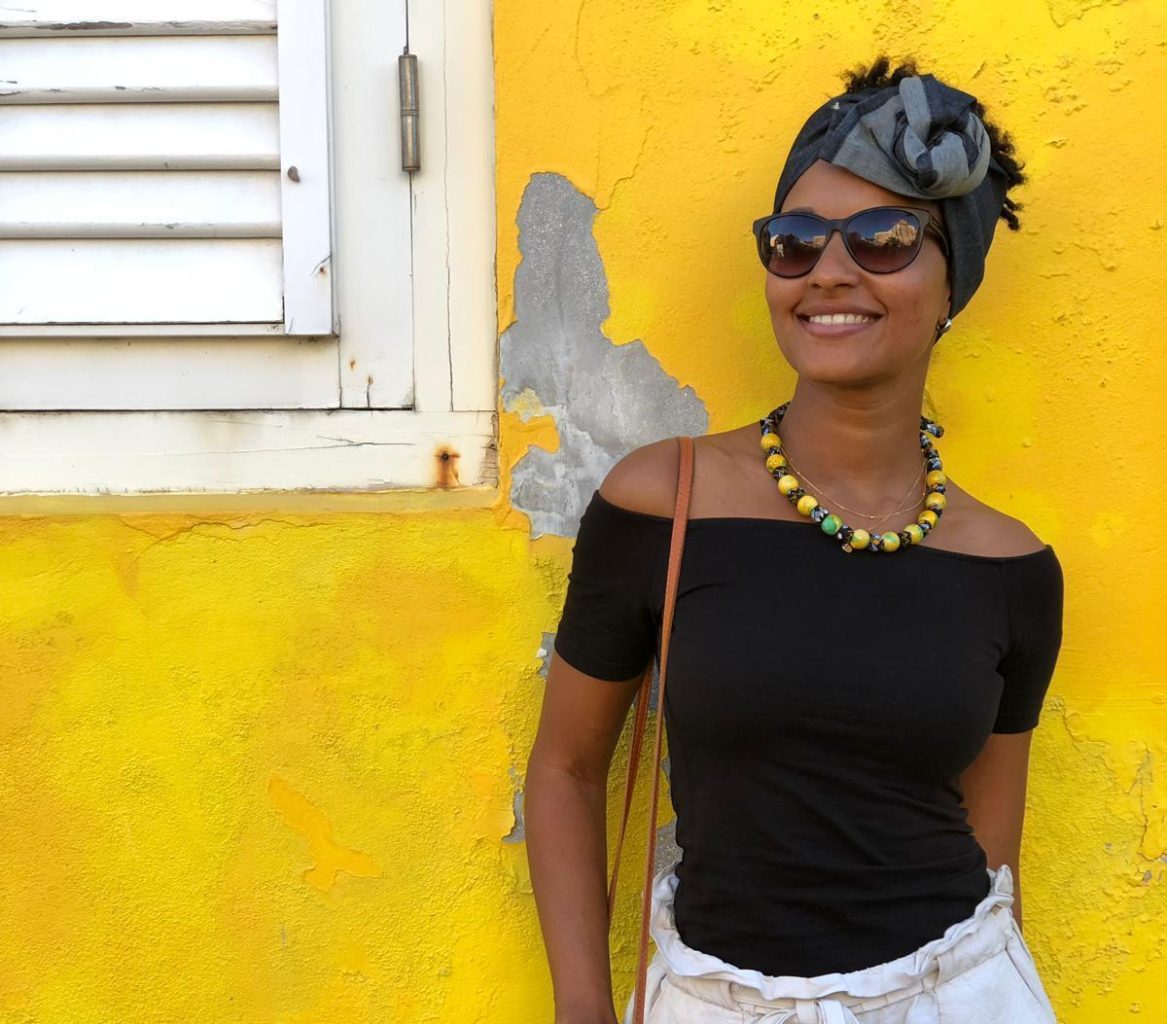 But something is going here, and I have been thinking to myself: what is it then? Why have I not experienced or have any recollection of any nasty forms of racism or discrimination? Is it because I got lucky? Have I just cancelled out the noise altogether? Or is it because of the way I have been presenting myself, emphasizing my whiteness and dimming my blackness? And if the latter is the case, what is it that made me secretly think that being white is better than being black, despite being confident, smart and beautiful?

Now, this is the moment we need to start talking and thinking critically about the origins of racism and how it is still visible today. We need to acknowledge that the racism we experience today comes from a history of colonialism which created systemic inequalities within our societies. And at some point, a couple of white people decided they were superior to non-whites. Even though we have come a long, long way, we need to accept that we, collectively, have to erase this belief from our societies yet entirely. And yes, some countries are even more ‘behind’ than others. And no, it’s not an ‘evolutionary’ ingroup-outgroup thing either. For one, we don’t live in the stone age anymore. And second, young children do not care they way their friends look. It’s as they grow older we see that they too start making a distinction in colour sometimes. We need to accept that is all societies nurture, not nature.

The most important thing I am trying to bring to light is that there are many forms in which racism presents itself and affects people today. The thing is, it’s not just the visible and ugly forms of racism where ‘whites’ scold, ignore, harass, exclude and even murder ‘blacks’ based on the colour of their skin. It is also ‘blacks’ scolding and harassing whites on the base of their skin colour. It is the ethnic profiling that takes place in public institutions. It is the lighter-skinned, biracial people who deal with not being accepted by their black families. It is non-whites not having equal access to job opportunities, bank loans, growth and prosperity as whites. And in my case, consequently, it is also the silent belief that being white is better than black. And these are just a couple of the many ways systemic racism presents itself today.

What we are or should collectively be fighting today is both the conscious and subconscious belief system that whites are better than non-whites. Because that is just ridiculous and I think something we all agree. Now read this carefully, I am NOT saying non-whites are superior over whites. I am saying we are all equal. I am also saying that currently, we are not all treated equally yet. Not everywhere, not by everyone, and that is why we are now saying ‘Black Lives Matter’. That is what we should all be working towards, and that is a long, complicated process where many mistakes will still be made and there not a simple answer to how we get there. But I believe that we can do this as long as we commit and create the space where we are allowed to go on this journey. And we all need to hold each other accountable during this process.

I have much more unpacking to do myself, too. I have been doing this more over the years, and cutting my hair has been one of the big, external moments. But internally, it has been accepting me and to work on getting rid of that silly internal belief that I should be more white and less black to be better.

(Stacey Mac Donald (1989) is currently finalizing her PhD at KITLV, which is part of the NWO-funded research project ‘Confronting Caribbean Challenges’. Her research project focuses on the challenges of nature conservation in the Dutch Caribbean municipalities. She also has her own environmental consultancy company where she focusses on creating harmonious and healthy environments for all. Her works centres around guiding the environmental management process and facilitating the development, creation and execution of environmental policy- and management plans.)