07 Dec Blog: A new language for doing science in the Anthropocene

KITLV has established a cluster to do research on climate change. This is new for us. It is a huge field with a rich literature. Like kids in a candy store, members of the research cluster have been circulating favourite reading lists. Here I want to reflect on how this flood of reading is changing my whole idea of doing science in the Anthropocene. Because that is what it feels like – discovering a new scholarly ethic for when the world spins out of control.

The trouble is, we anthropologists and historians are good at relating to people, but practically blind when it comes to “nature.” A scholarly division of labour occurred at some point. The humanities (that´s us) got to deal with People, while the “hard” sciences (them) were allocated Nature. Today´s climate crisis makes nonsense of that division. I actually feel this as a personal challenge. The first half of my professional life was devoted to the hard sciences – physics and geophysics, without people. The second half to the humanities – history and political science, without nature. Can I now bring them together in the time remaining to me?

There are of course many bridges already connecting the two intellectual worlds. Geography is one. Natural resource management comes to mind, political ecology, environmental history. Underneath these bridging disciplines I often sense, more or less distinctly, a connection at a level of consciousness, of meaning, of ethics – of philosophy if you like. This is what interests me: a new language for doing science in the Anthropocene.

Not every bridge is equally safe though. Scientific language suggesting we humans remain in control of nature seem obscenely out of touch with reality. (That might include some terms we regularly use in our research grant applications, like governance, management, or resilience!) If we were ever in control, we are so no longer. Even if the goals of the Paris agreement are met, we now know for sure that enough of the Greenland ice cap will eventually melt and raise sea-level worldwide by 2.5 metres. Permanently. One paper calculates that all the Greenland ice cap will melt irreversibly if temperatures rise only 1.6 degrees above pre-industrial levels, producing a 7 metre rise. Most of the world´s cities are lower than that. At 2 degrees, part of the West Antarctic ice sheet will irreversibly collapse as well, adding 2.6 metres to sea-level, and accelerating rapidly above 2 degrees. These are the suicidal consequences of The Age of Stupid, as the title of a shocking 2009 documentary had it.

One reality
A fundamental turning in the world requires an equally fundamental turn in our thinking. Where can we go to rediscover that one, undivided reality of humans-in-nature? I can offer no more than a series of evocative flashcards. Surely the first step is to broaden the conversation between disciplines. Doing this should create a readiness to think the “unthinkable” (as Amitav Ghosh put it recently). We are all in this together. We will have to reintegrate the thinking that has become fragmented into a myriad specialisations. The search for meaning, and for ethics, should be core to this quest. When Charles Darwin first presented his Origin of Species in 1859, it triggered a wide-ranging public conversation about God and Nature, or rather about our human relations with nature. But by the 1870s evolutionary science had become just another biological specialisation. Today, many are again calling for dialogue between the “mytho-poetical” in our culture, and the conventional scientific. We ought to invite fiction writers and climatologists and biologists and urban planners and anthropologists to discuss climate catastrophe at our seminars. The fascinating work that Kasia Mika did at KITLV on the fiction of hurricane disaster in Haiti is crying out for more.

At the deepest possible level of this quest to reintegrate our knowledge lies this question: is consciousness really confined to humans and a few other animals, while the rest of the vast cosmos consists of dead, inertial matter? The language of control assumes this is the case. The British mathematician Alfred North Whitehead, who taught the philosopher Bertrand Russell, tried to imagine a science where consciousness was everywhere. In his (extremely complex) philosophical world, the essential thing was not substance, but events causing change. Somebody wrote this about Whitehead´s idea:

‘the elementary events that make up the world (which he called occasions) partake of mentality in some—often extremely attenuated—sense, metaphorically expressed in terms of the mentalistic notions of creativity, spontaneity and perception.’

The idea that creativity bursts out of everything in the cosmos stretches back to Plato. I find the promise of rediscovering what Plato called “liveliness” in the natural world enticing. It could revolutionise our work [1]. During antiquity and the Renaissance, our planet was conceived as a living being with its fluids and sicknesses, a nourishing mother we should all respect. As the scientific revolution and world capitalism emerged, however, organicist theories declined. Nature became a great mechanism, to be explained, and transformed. A few kept the Platonic idea alive. The Dutch philosopher Spinoza took liveliness as one of his leading ideas. He called it conatus, the desire to persist in one´s being, and he saw it everywhere. Samuel Taylor Coleridge, who loved Spinoza, nurtured it in his poetry. So did Friedrich Hölderlin, Johann Wolfgang von Goethe, Ralph Waldo Emerson, and Walt Whitman. But where are the hard scientists who bring these poets and philosophers into their professional lives? Some are indeed trying to bring liveliness back into their language of the world. Whitehead´s idea of creativity was partly inspired by Spinoza´s book Ethics. Another important thought experiment is James Lovelock´s Gaia Hypothesis, that the planet Earth is a self-regulating, living being. Yet another is Henri Bergson´s elan vital, “the tremendous internal push of life” that stimulates creative evolution. But they seem to be read more by New Age spiritualists than by working scholars. They deserve more than this [2]. 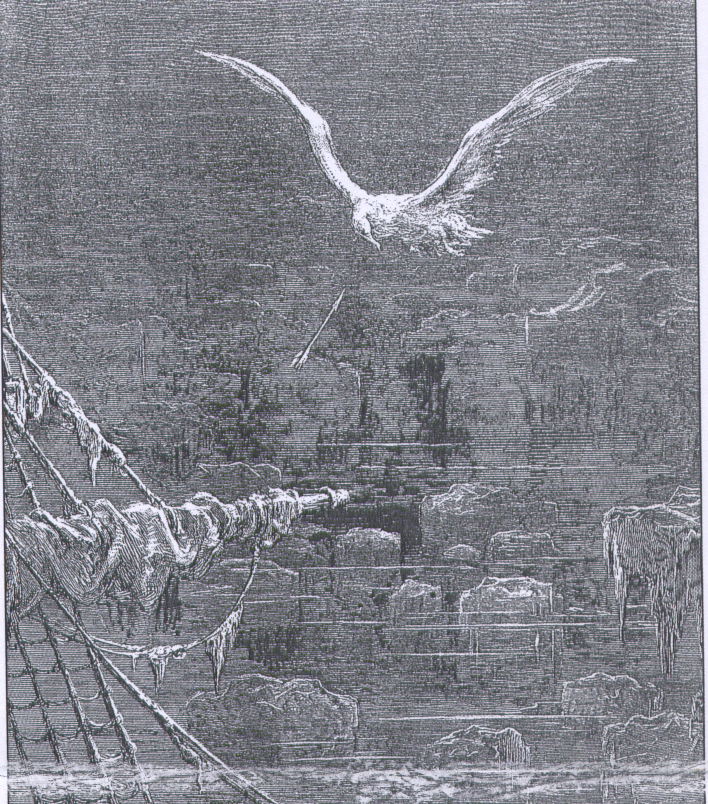 Coleridge´s Rime of the Ancient Mariner forewarns of our peril in the abuse of nature. – @Wikipedia Commons

Ethics ought to be part of this quest. How should we live in a natural world so disturbed as ours? Ecological thinking is fundamentally ethical. The American forester Aldo Leopold (of “Thinking like a mountain” fame) was one of its founding figures. In 1949 he described what he called a “land ethic” as follows:

‘A land ethic changes the role of Homo sapiens from conqueror of the land-community to plain member and citizen of it. It implies respect for his fellow-members, and also respect for the community as such [3].’

The ecological notion of the Commons arises here, and this is turning out to be a fundamental idea to the KITLV cluster. All natural materials such as air, water and habitable earth are accessible to all; they cannot be privately owned or exploited. The commons is a cooperative idea, by contrast with prevailing depictions of competition for scarce resources.

“Deep” ecology is a discovery of the 1970s that consciously brought the poetry of the Romantic Movement into a radical personal ethic of science. The Norwegian ecologist Arne Naess became an immensely popular figure among young environmental campaigners in those years. He was also a philosopher who read Spinoza. Naess wrote about this:

‘The God of the Ethics may be identified essentially with Nature-as-creative (natura naturans)—the creative aspect of a supreme whole with two aspects, the creative and the created—natura naturata. The latter are the existing beings in their capacity of being there, temporarily. There is creativity but not a creator. The verb “to nature” (naturare) covers both aspects in its dynamic aspect. A comparable verb today would be “Gaia-ing,” a term suitable for those who accept the most radical versions of the Gaia hypothesis…. Clearly, such ideas are inspiring for radical environmentalists [4].’

Nor is this all so far removed from our lives as anthropologists of Southeast Asia and the Caribbean as might at first appear. The mytho-poetical idea that nature is alive has always been familiar to Indonesians (and I guess to people in the Caribbean). At the heart of an ancient Javanese animism is the conviction still common today that the spreading village banyan tree is angker – infused with a vaguely threatening spirituality. The moment of cosmic battle in the Javanese shadow puppet theatre known as geger likewise reflects an apocalyptic feeling perhaps entirely appropriate to today´s climate crisis. 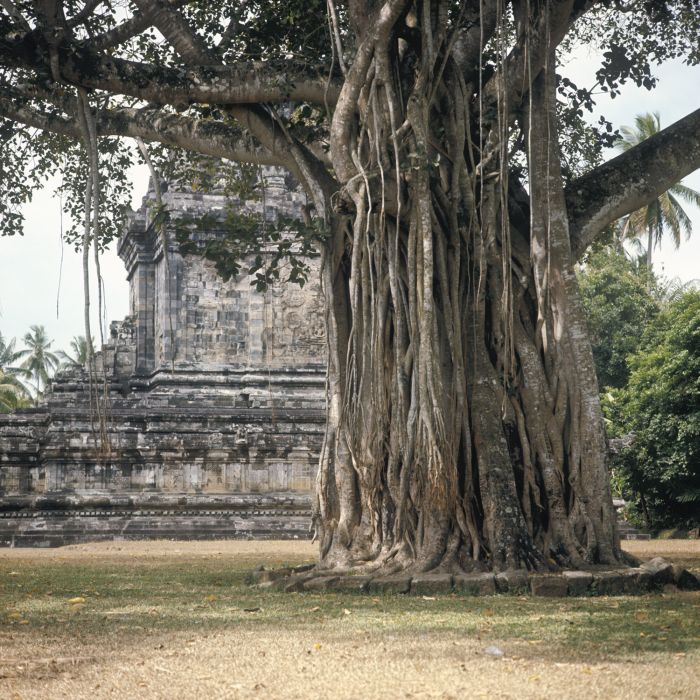 Discovering a sense of meaning and ethics in the midst of apocalyptic crisis is an existential challenge. I hope our venture into a scholarship for the Anthropocene will dare to take risks. At the end of it we will see what Nietzsche once called “the rainbow-colours at the extreme limits of human knowledge and supposition [5].”

Gerry van Klinken is an honorary research fellow at KITLV, where he worked as a senior researcher until 2018, and at the University of Queensland in Brisbane, Australia. Gerry’s current research is moving towards the comparative history and politics of climate change adaptation in Asia (Indonesia, Japan, the Philippines and India).

[1] Plato´s term psyche is often mistranslated as “soul,” as if it had a separate, ghostly existence. Liveliness is the principle that animates the entire cosmos. In Phaedrus, Plato calls psyche “that which moves itself… the beginning of motion…. otherwise all the heavens and all generation must fall in ruin and stop and never again have any source of motion or origin.”