As Selangor prepares to celebrate its Bugis Malay ruler’s birthday, it is interesting to look at how the sultanate itself was born from a mixture of Bugis and Malay elements. Sunday December 11th is the 78th birthday of Sultan Sharafuddin Idris Shah of Selangor. It is celebrated as a public holiday on Monday December 12th. Because Selangor is now the wealthiest and most populated sultanate in Malaysia, it is difficult to imagine that it was once a backwater.

At the dawn of the early modern era, the area that now constitutes Selangor consisted of separate river communities.  Places like Klang and Jeram were part of international trading networks, but the area was sparsely populated. Selangor’s interior was covered with jungle and the tin-rich Titiwangsa mountain range. Because tin could be mined with minimal investment and simple technology, it provided small communities with a commodity that they could trade or sell, thereby attaining economic independence. The combination of a low-investment commodity and a sparsely populated region would have made Selangor tremendously appealing to migrants seeking enhanced independence or status.

The current ruler of Selangor, Sultan Sharafuddin, is descendant from Opu Daeng Cellak, one of five Bugis brothers who exerted tremendous influence in the Malay world during the eighteenth century. They were one of numerous Bugis diaspora groups who fled from their homeland in South Sulawesi in the late seventeenth century and competed with each other and with local communities for influence across the archipelago. In 1743, Daeng Cellak ousted his rival Daeng Matekko from Selangor and established himself as the paramount Bugis ruler in Selangor. Presumably he did not exert the same sort of authority as a sultan but rather was primus inter pares among the various nobles, including his nephew Daeng Kemboja who ruled at Klang and Daeng Cellak’s own son Raja Lumu.

Details from Malay histories such as the Tuhfat al-Nafis, the Misa Melayu and the Hikayat Negri Johor show the important role of Malay culture in these ceremonies. Sultan Salehuddin received a special seal and royal instruments which were indicative of his elevated status. The ceremony, the approval of Raja Mahmud, the royal title, and the orchestra were all associated with Malay kingship. Given that the Bugis were parvenus, these were especially important in order to establish Selangor as a Malay sultanate.

Despite deliberate attempts to assume a Malay identity during the eighteenth century, Bugis heritage in Selangor is not forgotten. Sultan Sharafuddin recalls his Bugis ancestry with pride as does the Sultan of Johor, Ibrahim Iskandar. They took offense when, in 2017, Dr. Mahathir Mohammad, suggested that the former Prime Minister Najib Razak “go back to Bugis”, by which he presumably meant the Bugis lands in Sulawesi. Many other Malaysians are interested in their Bugis heritage and actively share information about Bugis culture in on-line forums. Thus on the latest smartphones among the skyscrapers, the descendants of Bugis migrants actively remember the founders of Selangor. 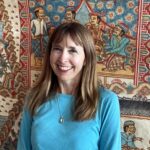 Kathryn Wellen is a historian of Southeast Asia specialized in the early modern era. Her current research focuses on the pre-Islamic history of South Sulawesi, Indonesia. She is also planning a project to use digital technologies to ask new questions of known Indonesian sources. In addition to Southeast Asian history, Kathryn is also interested in Pacific Islands and world history, particularly how microhistorical studies can inform large-scale paradigms and vice versa.