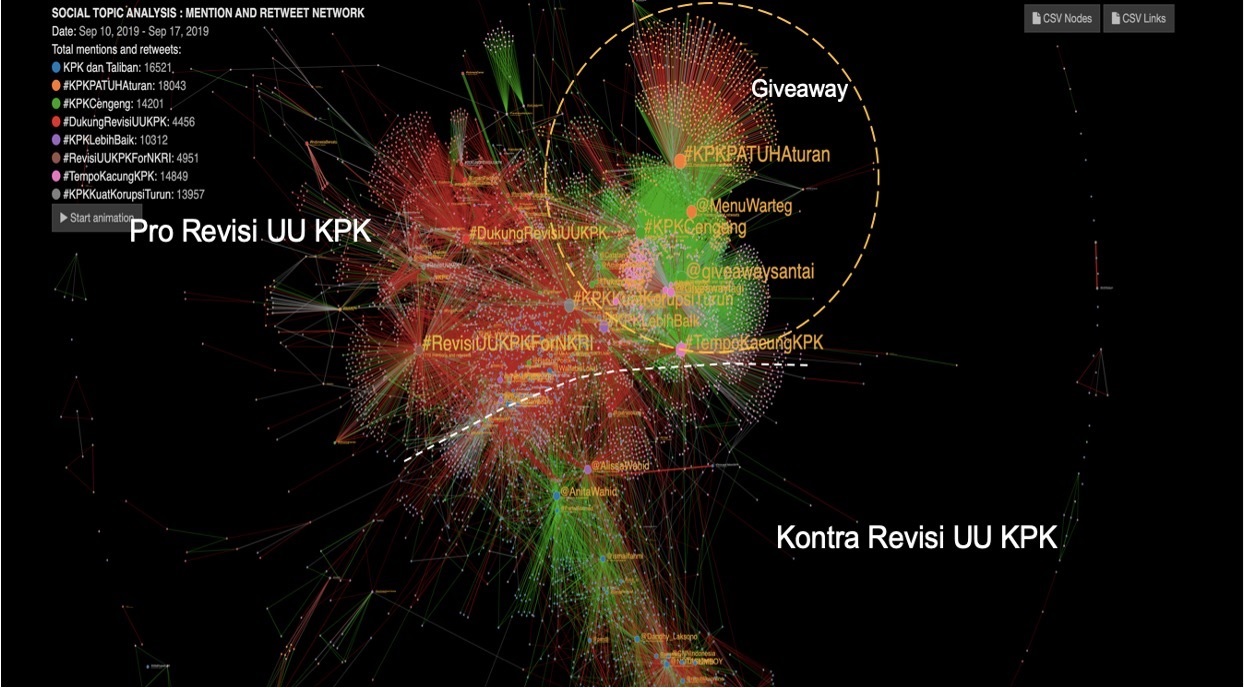 Due to methodological challenges and disciplinary divides, we know very little about the funding sources, functioning and structure of the networks spreading propaganda through social media. Addressing this urgent challenge, this project will set up a unique interdisciplinary collaboration involving three KNAW institutes (KITLV, IISG and Meertens institute). Dutch and Southeast Asian researchers from computational science, social sciences and humanities will collaborate to further develop a multi-method approach that combines computational social media analysis, digital ethnography, and fieldwork. While computational social media analysis serves to study the scope, effectiveness and distribution of propaganda on Twitter, digital ethnography will zoom in on the narrative and discursive strategies employed by cyber troops, while interviews with ‘buzzers’ will serve to trace the organization, strategies, and political interests behind cyber troops. Focusing on three countries with comparable economies and social media usage which are either backsliding democracies (Philippines and Indonesia) or recently turned authoritarian (Thailand), this project employs this comparison to study the interaction between political regimes and computational propaganda.

In doing so this project not only aims to generate new knowledge about an important and new phenomenon, but also to strengthen public debates by producing academic and non-academic publications that raise public awareness about how cyber troops distort public debate.