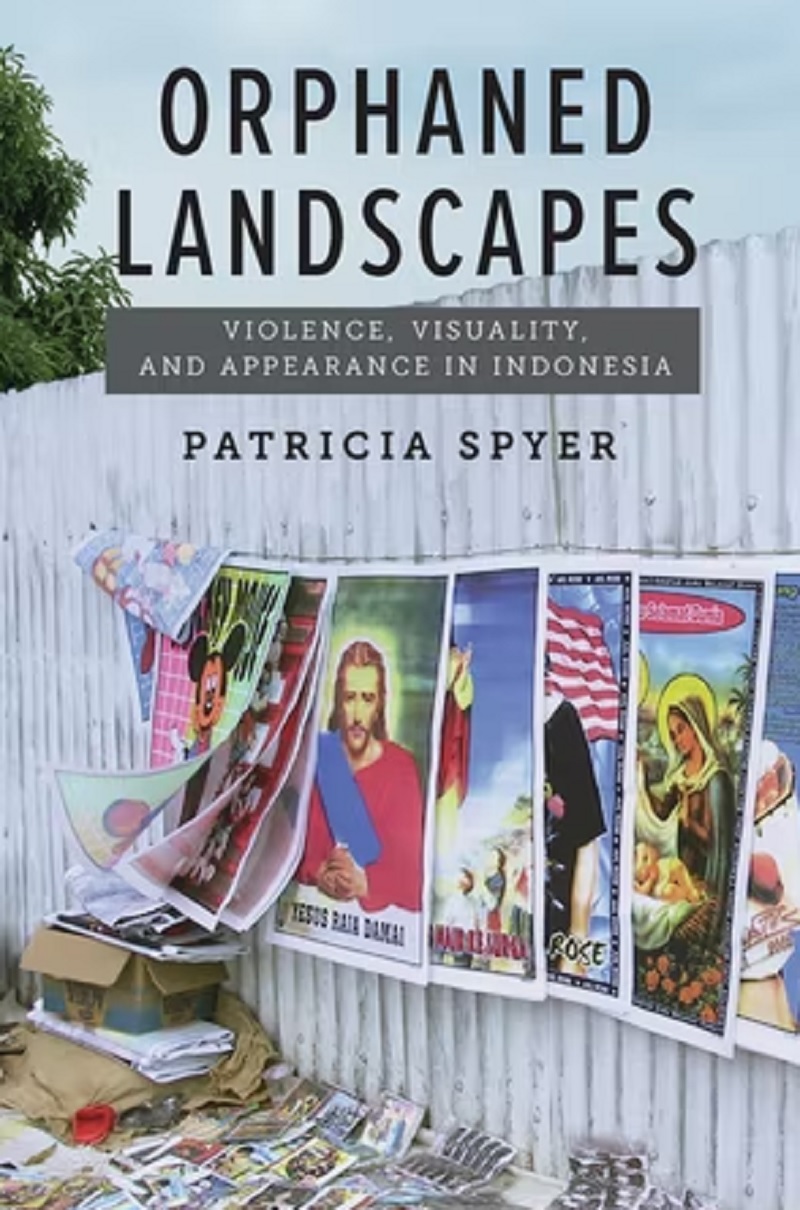 Less than a year after the end of authoritarian rule in 1998, huge images of Jesus Christ and other Christian scenes proliferated on walls and billboards around a provincial town in eastern Indonesia where conflict had arisen between Muslims and Christians. A manifestation of the extreme perception that emerged amid uncertainty and the challenge to seeing brought on by urban warfare, the street paintings erected by Protestant motorbike-taxi drivers signaled a radical departure from the aniconic tradition of the old colonial church, a desire to be seen and recognized by political authorities from Jakarta to the UN and European Union, an aim to reinstate the Christian look of a city in the face of the country’s widespread islamicization, and an opening to a more intimate relationship to the divine through the bringing-into-vision of the Christian god.

Stridently assertive, these affectively charged mediations of religion, masculinity, Christian privilege and subjectivity are among the myriad ephemera of war, from rumors, graffiti, incendiary pamphlets, and Video CDs, to Peace Provocateur text-messages and children’s reconciliation drawings. Orphaned Landscapes theorizes the production of monumental street art and other visual media as part of a wider work on appearance in which ordinary people, wittingly or unwittingly, refigure the aesthetic forms and sensory environment of their urban surroundings. The book offers a rich, nuanced account of a place in crisis, while also showing how the work on appearance, far from epiphenomenal, is inherent to sociopolitical change. Whether considering the emergence and disappearance of street art or the atmospherics and fog of war, Spyer demonstrates the importance of an attunement to elusive, ephemeral phenomena for their palpable and varying effects in the world.

Patricia Spyer is a Professor of Anthropology & Sociology at The Graduate Institute, Geneva.

Orphaned landscapes: Violence, visuality, and appearance in Indonesia is available from the publisher on an open-access basis.

This event is co-organized by the Leiden University Institute of Cultural Anthropology and Development Sociology’s Asia Research Cluster and KITLV.