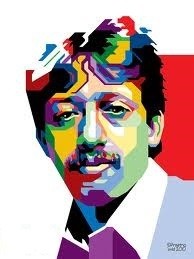 On 7 September this year it was 10 years since Indonesia’s most prominent human rights campaigner was murdered. Munir Said Thalib was in an aeroplane on his way to the Netherlands for further study. He had spoken out against military privilege throughout the democraticrevolution that forced President Suharto to resign in May 1998.

His widow Suciwati last addressed a Leiden Southeast Asia seminar in March 2011. She titled her address ‘An Ongoing Struggle’, because the brains behind the assassination had still not been exposed. Three years later, she comes to KITLV again for an update.

Dr. Adriaan Bedner of the Van Vollenhoven Institute (Leiden University) will give an overview of the most pressing human rights issuesconfronting the new president, Joko Widodo. What should he do in his first 100 days? Click here for more informatio.