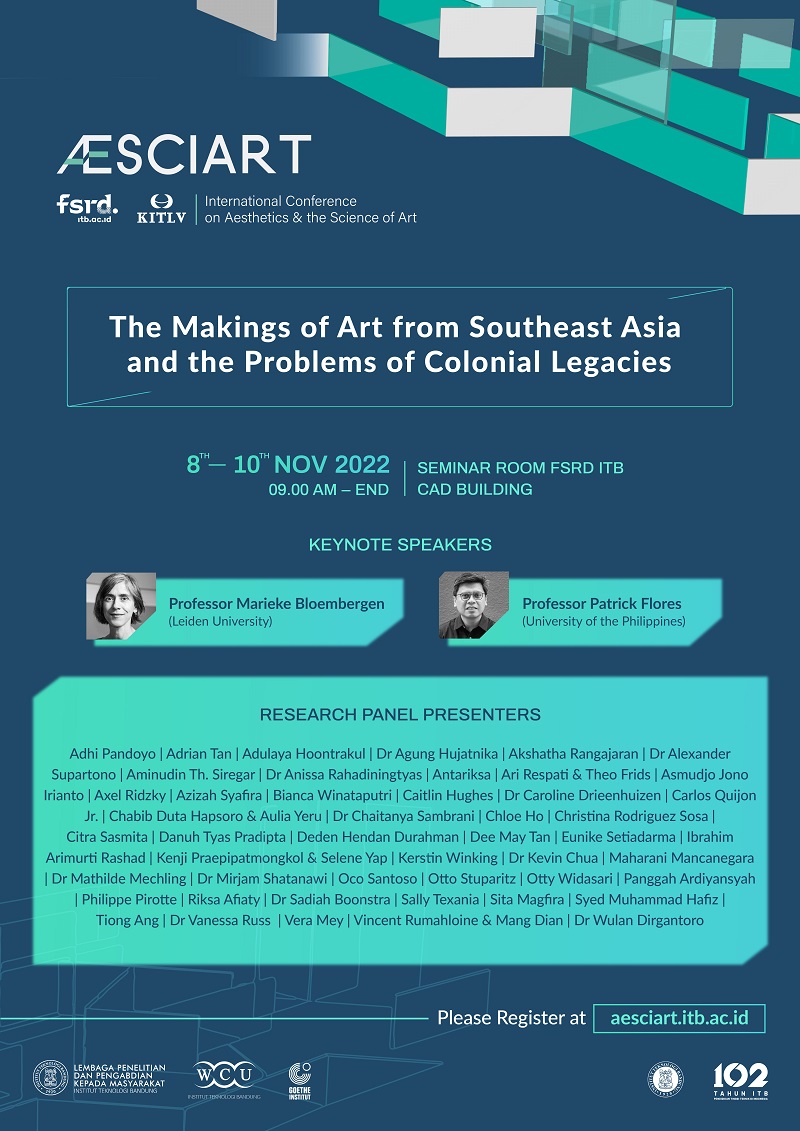 The Makings of Art from Southeast Asia and the Problems of Colonial Legacies brings together artists, curators, and scholars from various disciplines to rethink artistic and curatorial practices, and histories of framing and collecting objects from Southeast Asia. It aims to facilitate discussions about the continuing colonial legacies in knowledge production about art in the region as evidenced in the makings of exhibitions and the institutionalization of art historical narratives and collections. The conference contributes to ongoing global discussions about what decolonization means for the knowledge production of art by following the perspectives that begin in Southeast Asia. It addresses the politics of representation by zooming in on the histories and networks of artists, scholars, and collecting institutions from the late nineteenth century onward.

The conference is conceived of as a three-day gathering with presentations, discussions, seminars, and workshops set up in collaboration with ITB and KITLV. It will take place in Bandung, the symbolic site of political decolonization, where the spirit of liberation percolated in the staging of the Asia-Africa Conference in 1955. As two institutions that have strong ties to the history of colonization and as laboratories of colonial modernity in the East Indies and its metropole, ITB and KITLV serve as more than a symbolic site for epistemic change. Both institutions strive to produce research, artistic pedagogy, and practice that confront the shadows of colonialism. Taking Bandung as the inspiration for and connection to ongoing discussions about the decolonization of knowledge, the conference seeks to interrogate and break away from what is colonial about the representation of art from Southeast Asia.