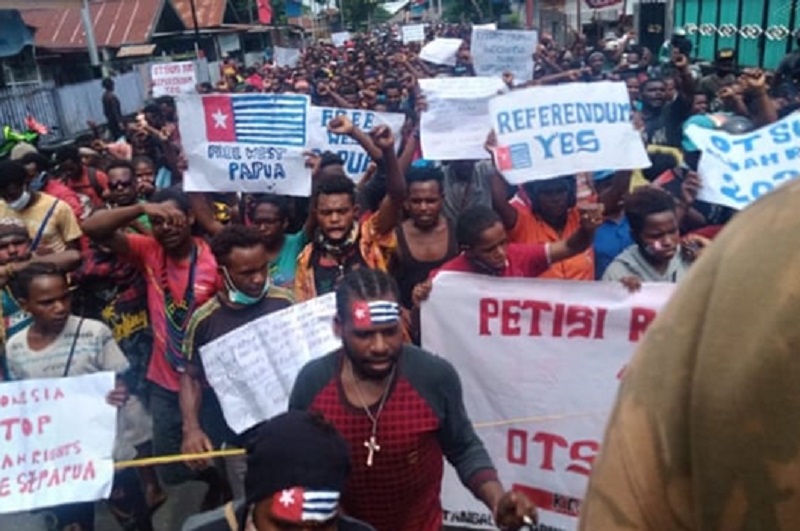 West Papua, a former Dutch colony* , has the second largest rainforest after the Amazon, a great biodiversity and very rich natural resources. In fact the largest gold and third largest copper mine is located in West Papua. These rich natural resources are unfortunately no blessing but a curse for the Papuans. The exploitation of the gold and copper mine leads to destruction of the nature and livelihood of the indigenous people. In this webinar Fadjar Schouten-Korwa will explore legal avenues to address the crime of ecocide.

*The Indonesian provinces Papua and West Papua are located in he Western half of the island New Guinea and is here referred to as West Papua.

After graduating from the University of Leiden (Dutch Law with an International Law major), Fadjar Schouten-Korwa has worked at two non-profit organisations and as a registrar at the District Court of the Hague. Between 2009 and 2015, she has been an attorney-at-law at De Clercq law firm. Per July 2015, she started as a senior lawyer of Erasmus University Rotterdam and subsequently at Leiden University per 1 September 2019

Most importantly, Fadjar has always been an active advocate for the protection of human rights and rights of indigenous peoples. Currently, Fadjar is a pro bono legal counselor for Papua Support Foundation committed to securing and promoting fundamental rights and freedoms of the people of West Papua — in particular, the Papua’s right of self-determination under international law. Also she is a member of the Advisory Board of the Stop Ecocide Campaign and member of the Prepatory Body of the Congress of Nations and States, scheduled for 2022.

This webinar will be streamed on the public KITLV Facebook page. It is possible to watch the discussion afterwards on our facebook page.