09 Feb Blog: A Morning of Mourning: Images from Bangkok

In Bangkok, the mourning of King Bhumibol Adulyadej has become part of the city’s daily life. David Kloos took pictures.

When King Bhumibol of Thailand died on 13 October 2016 hundreds of thousands took to the streets to mourn. According to international media, the spectacular images showed the reverence for a monarch who during his long reign had been given the status of a demigod.

Academics, long-term Thailand watchers and political refugees provided more complex analyses. The authorities’ failure to properly manage the king’s death and to provide clear information “turned the initial stage of grief into a solitary experience for many.” The grief, in the meantime, should not be seen unconnected from decades of state propaganda. The many rituals and “official” banners and memorials on Bangkok’s streets raised awkward questions like “is the monarchy loved from true adoration, or is adoration merely the product of advertising?”

What struck me the most when I visited Bangkok in the weekend marking the hundredth day after the king’s death (21-22 January), was the way in which the mourning had become part of central Bangkok’s everyday life. Hagiographic images were everywhere, on banners indeed, but also in shops and markets, on posters, framed pictures, old banknotes, statues and pendants. I saw a shop that showcased fashionable yet sober, mourning-friendly black-and-white handbags. The daily ritual of people visiting the palace to pay their respect to the king’s remains had become a smooth operation that quite gracefully disentangled mourners and tourists. It seemed to me that the solemn act of mourning was also, at least partly, a cheerful excursion, with people combining prayers with sightseeing and selfies taken with portraits of the king. 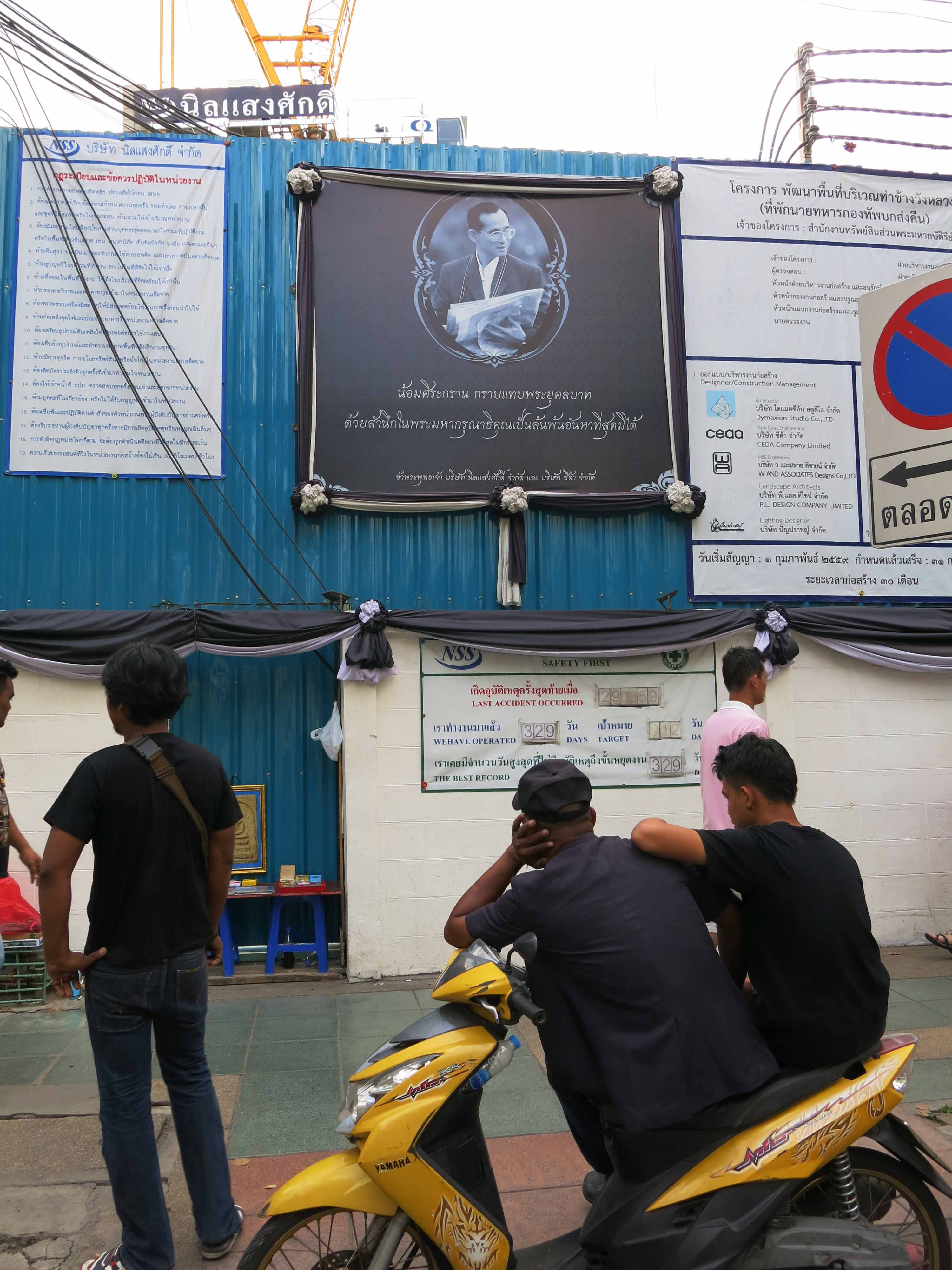 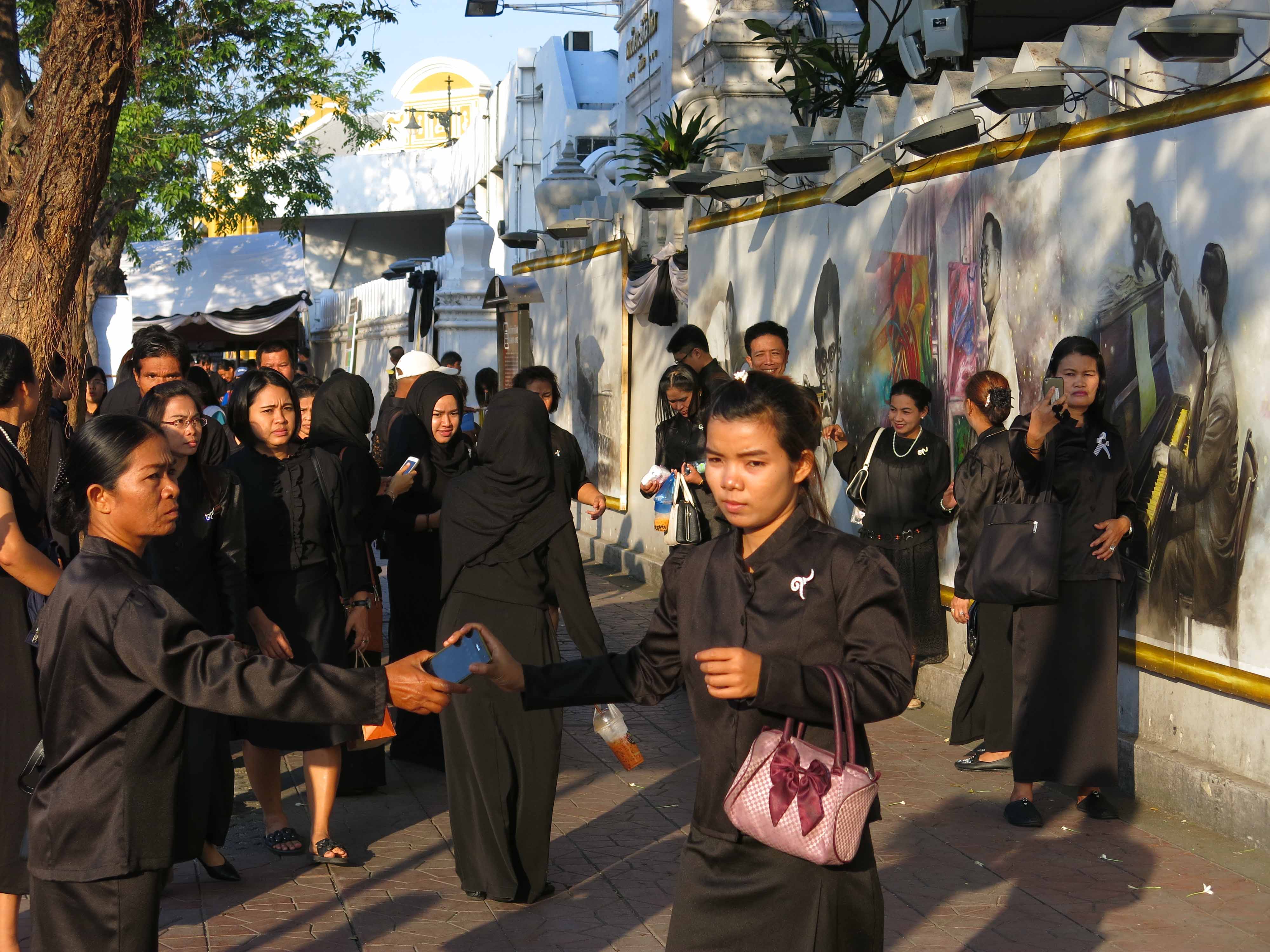 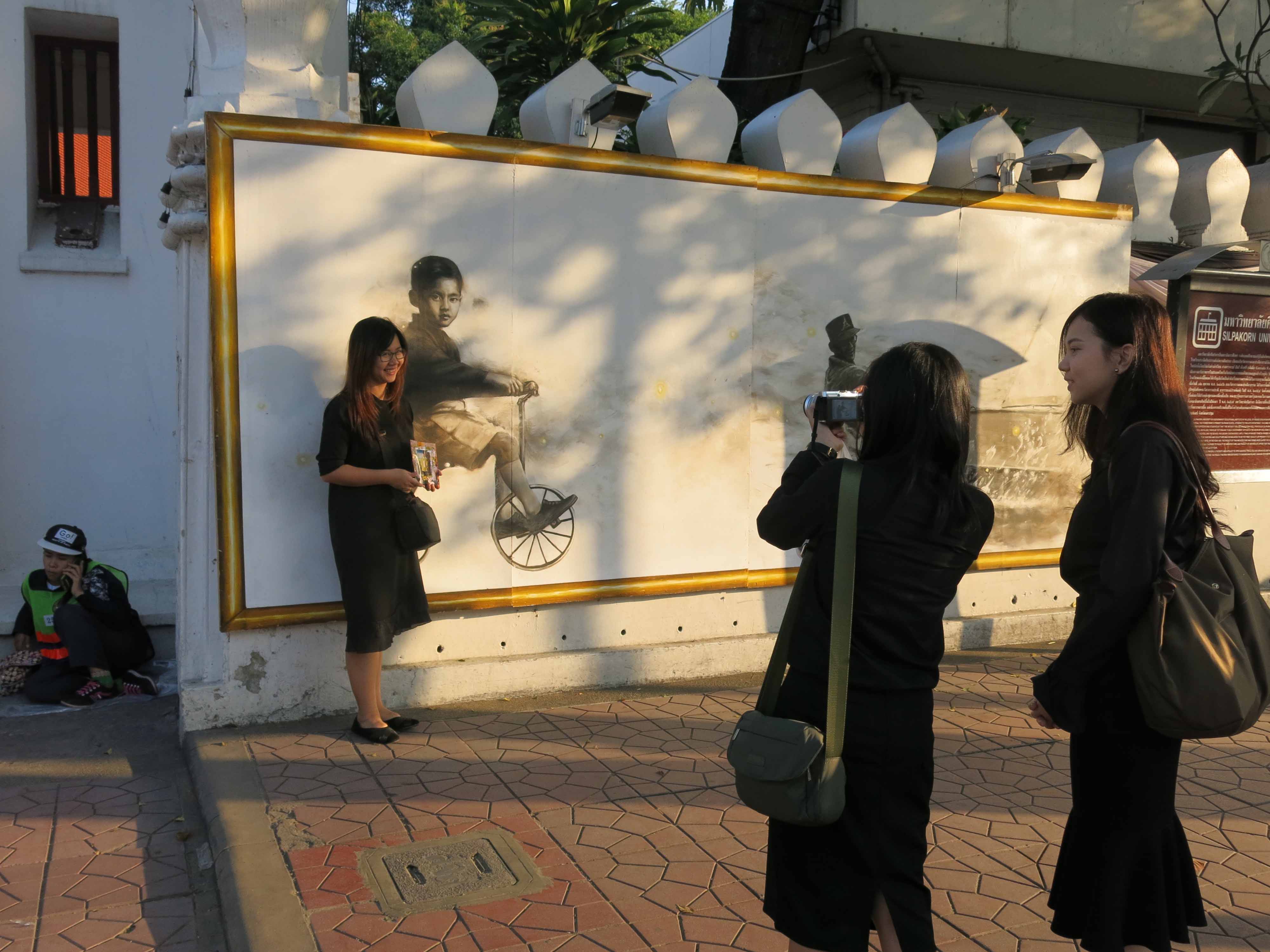 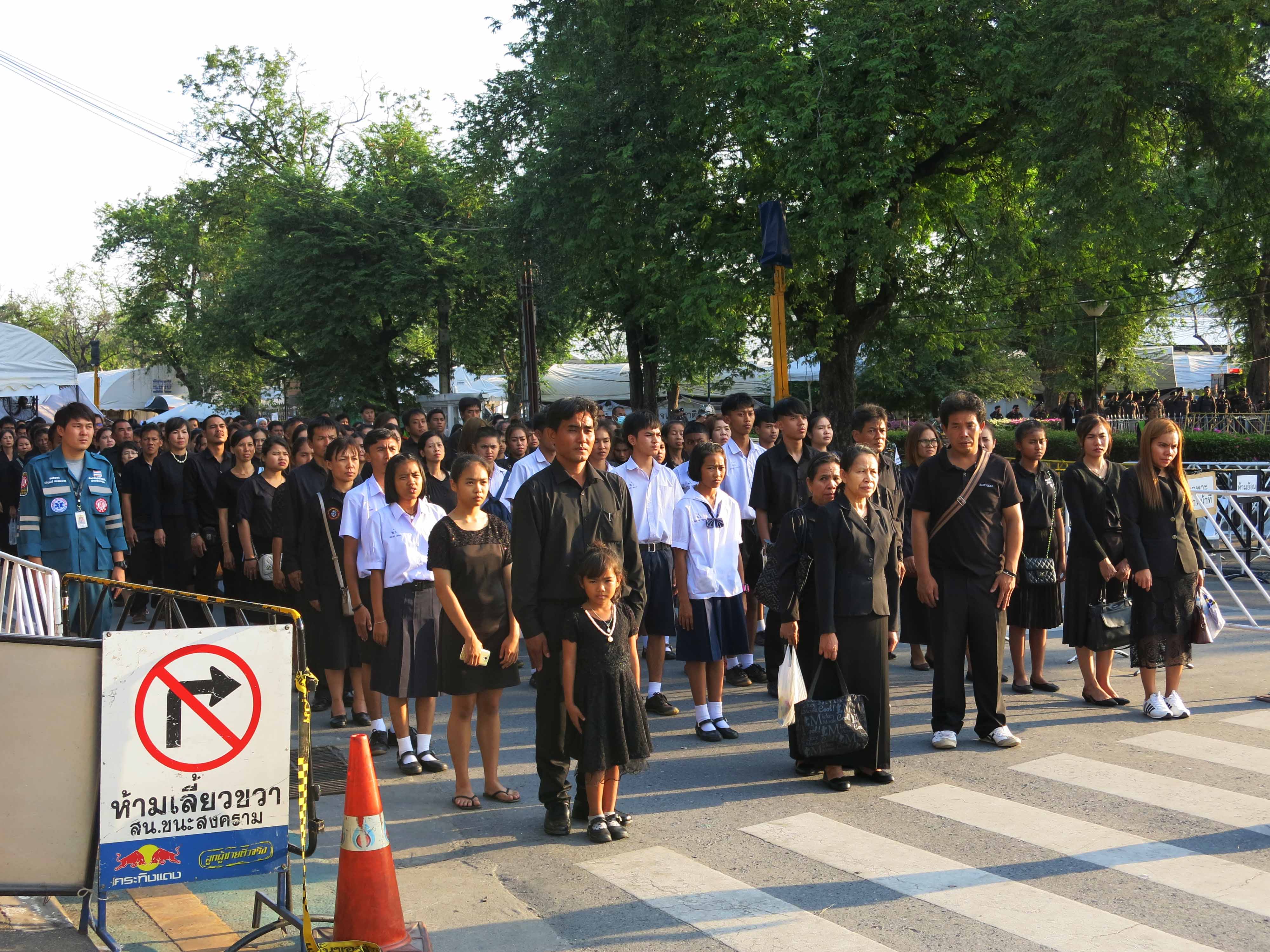 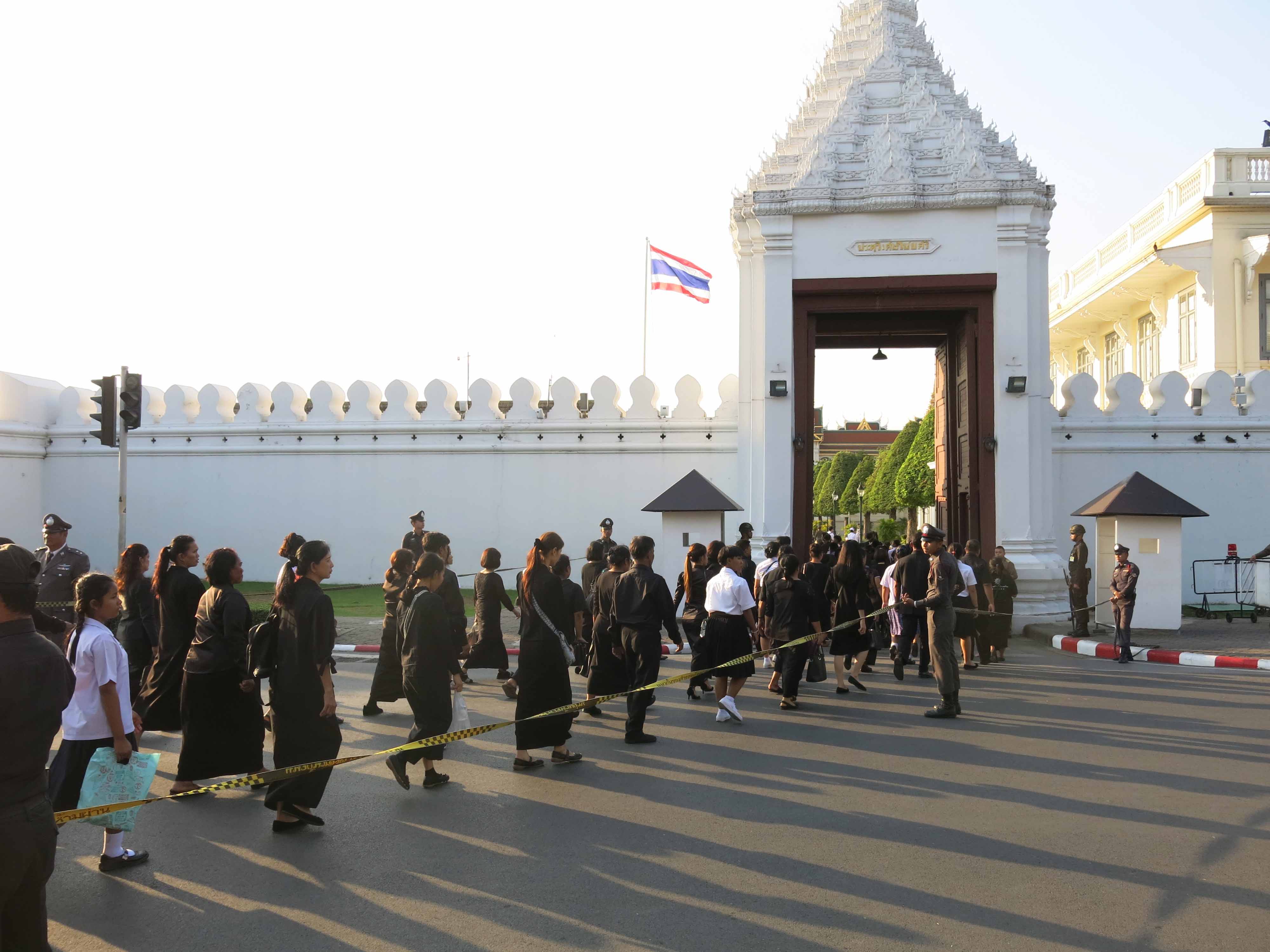 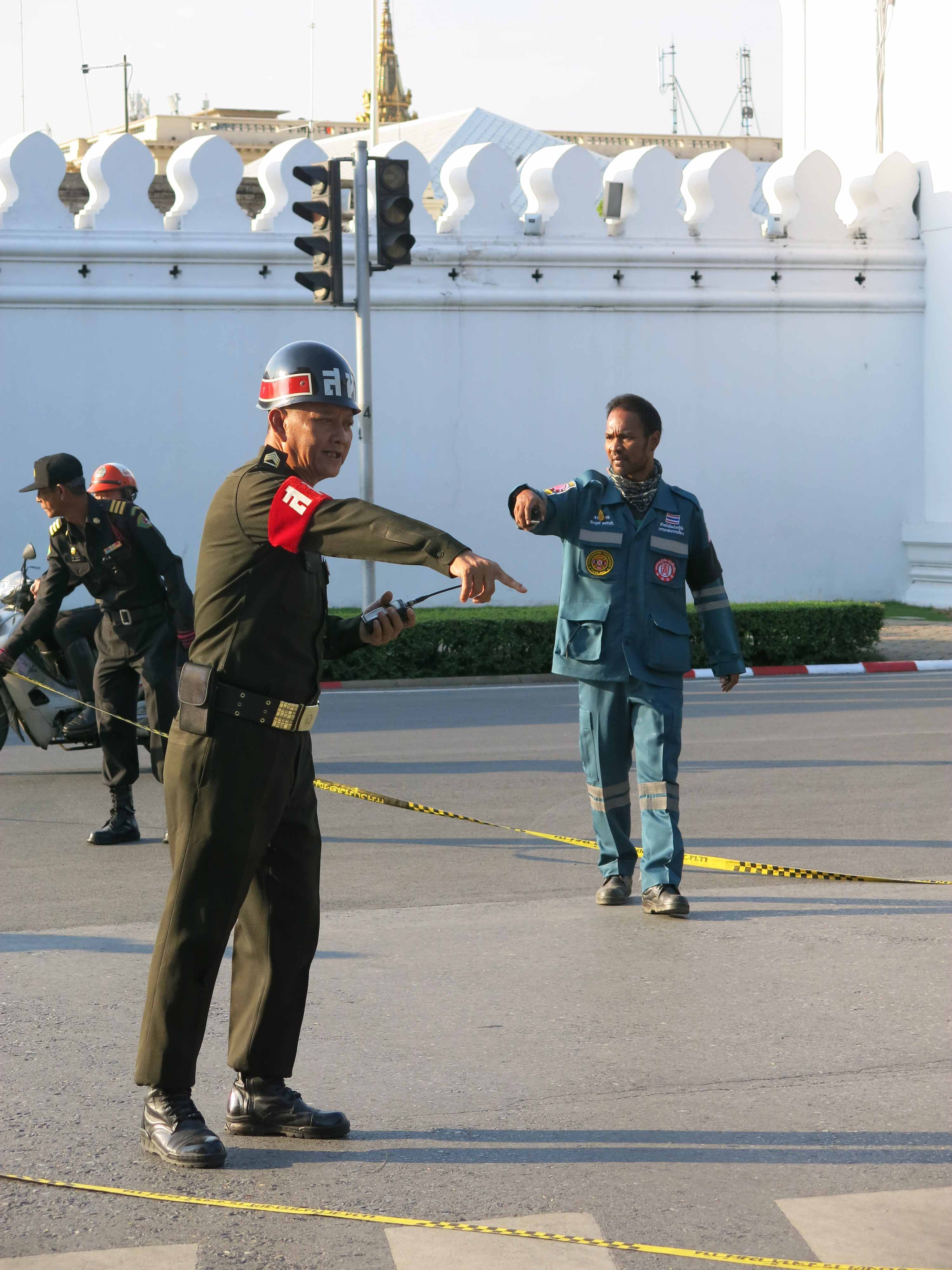 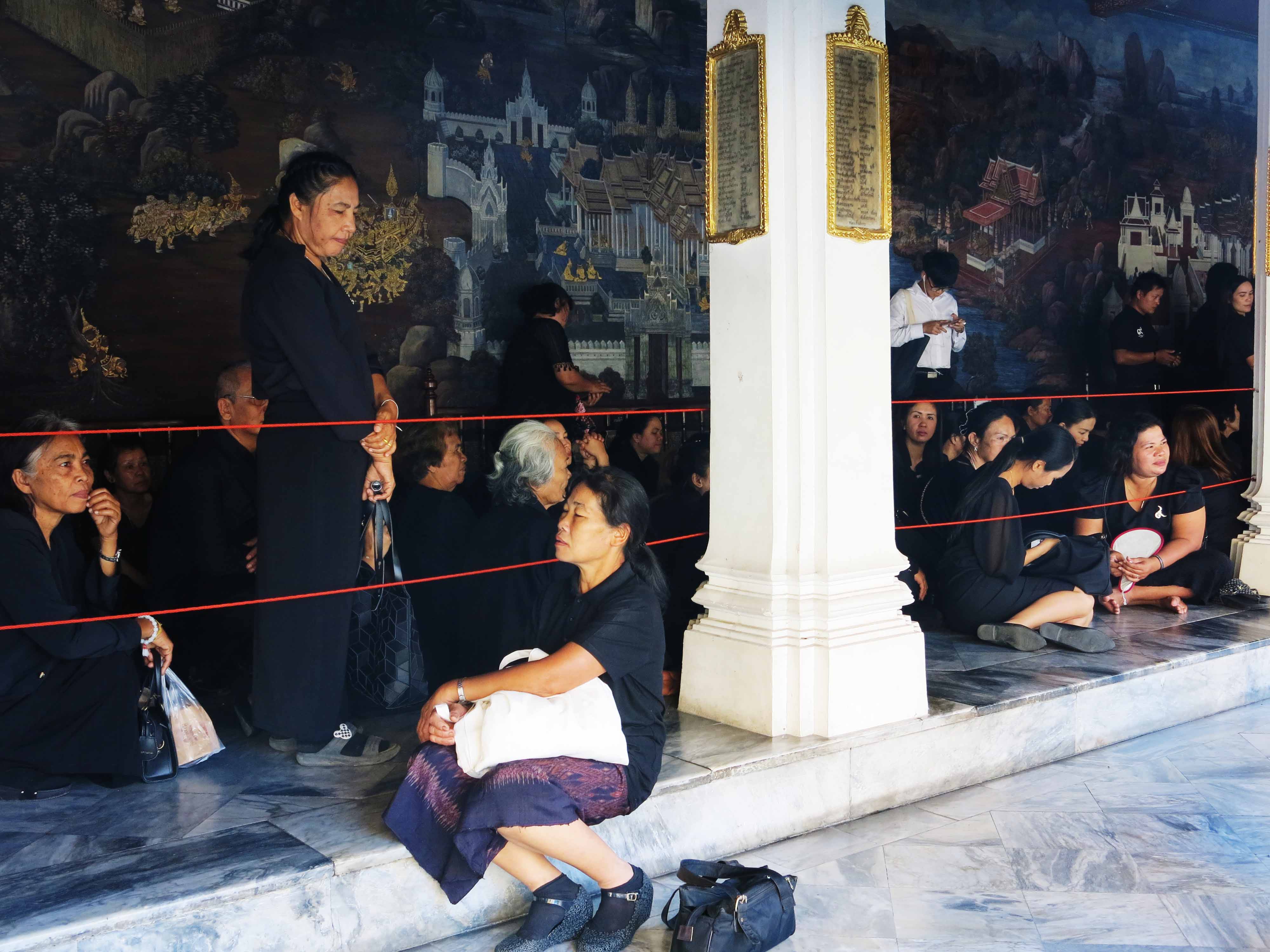 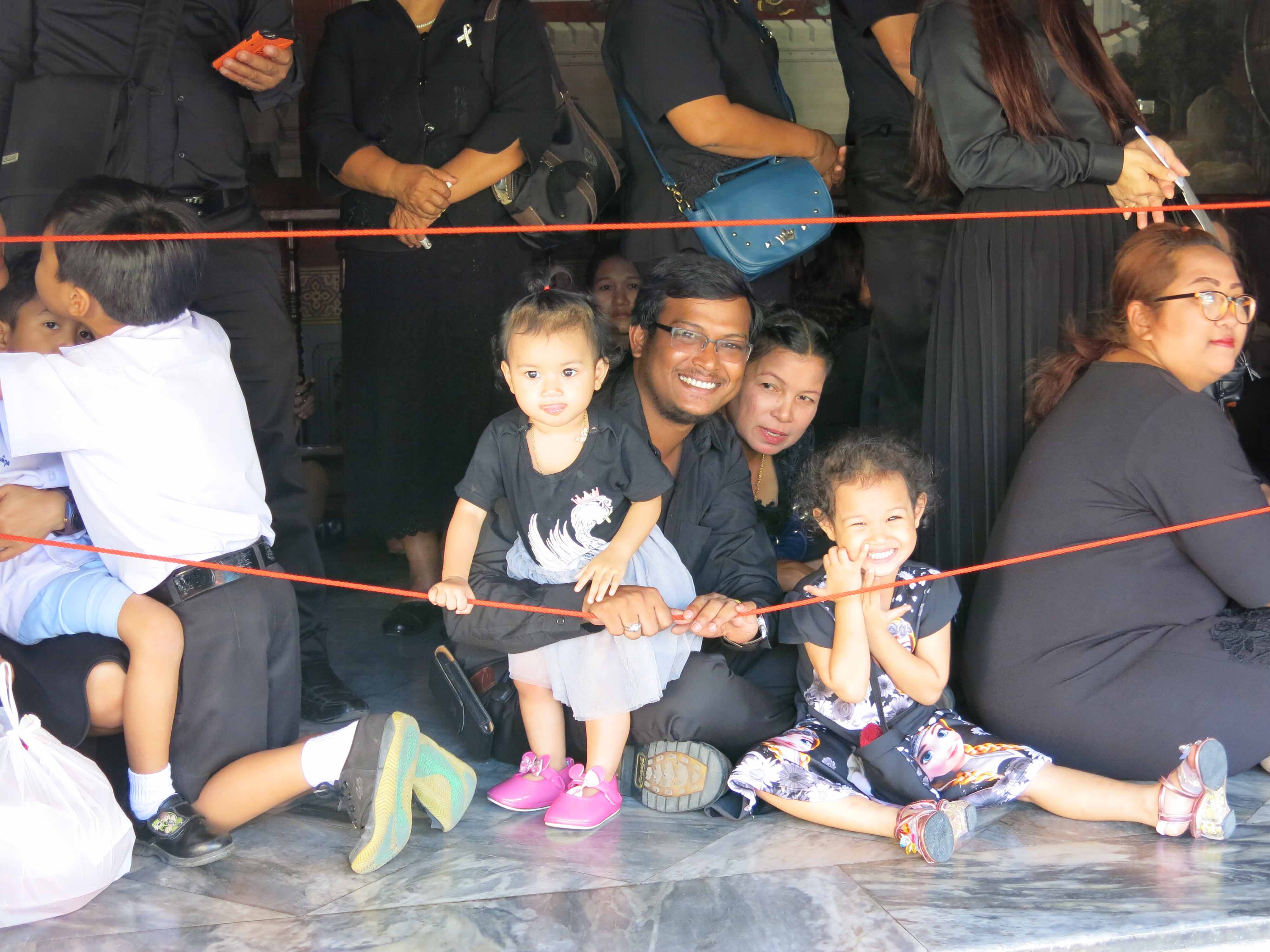 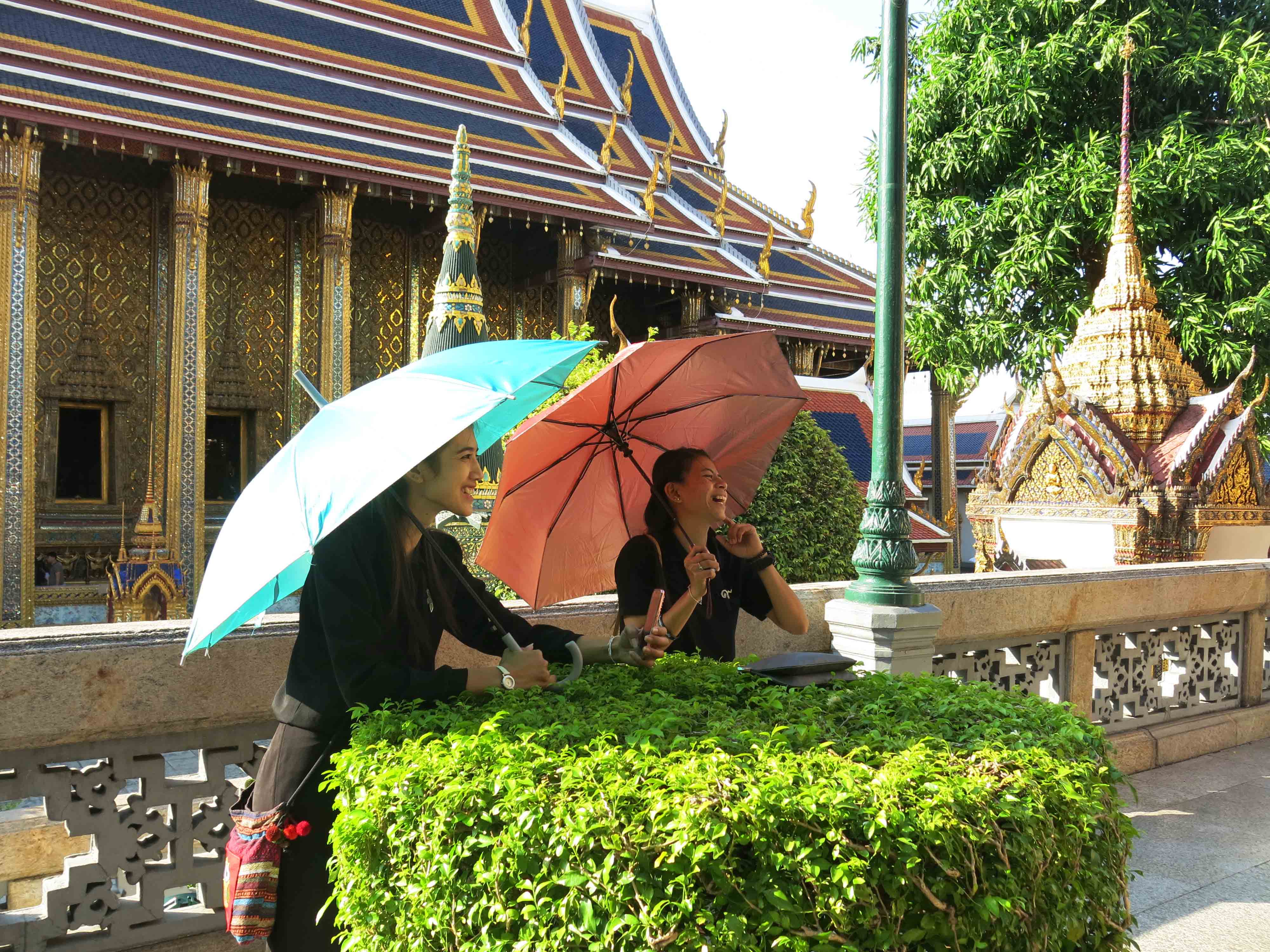 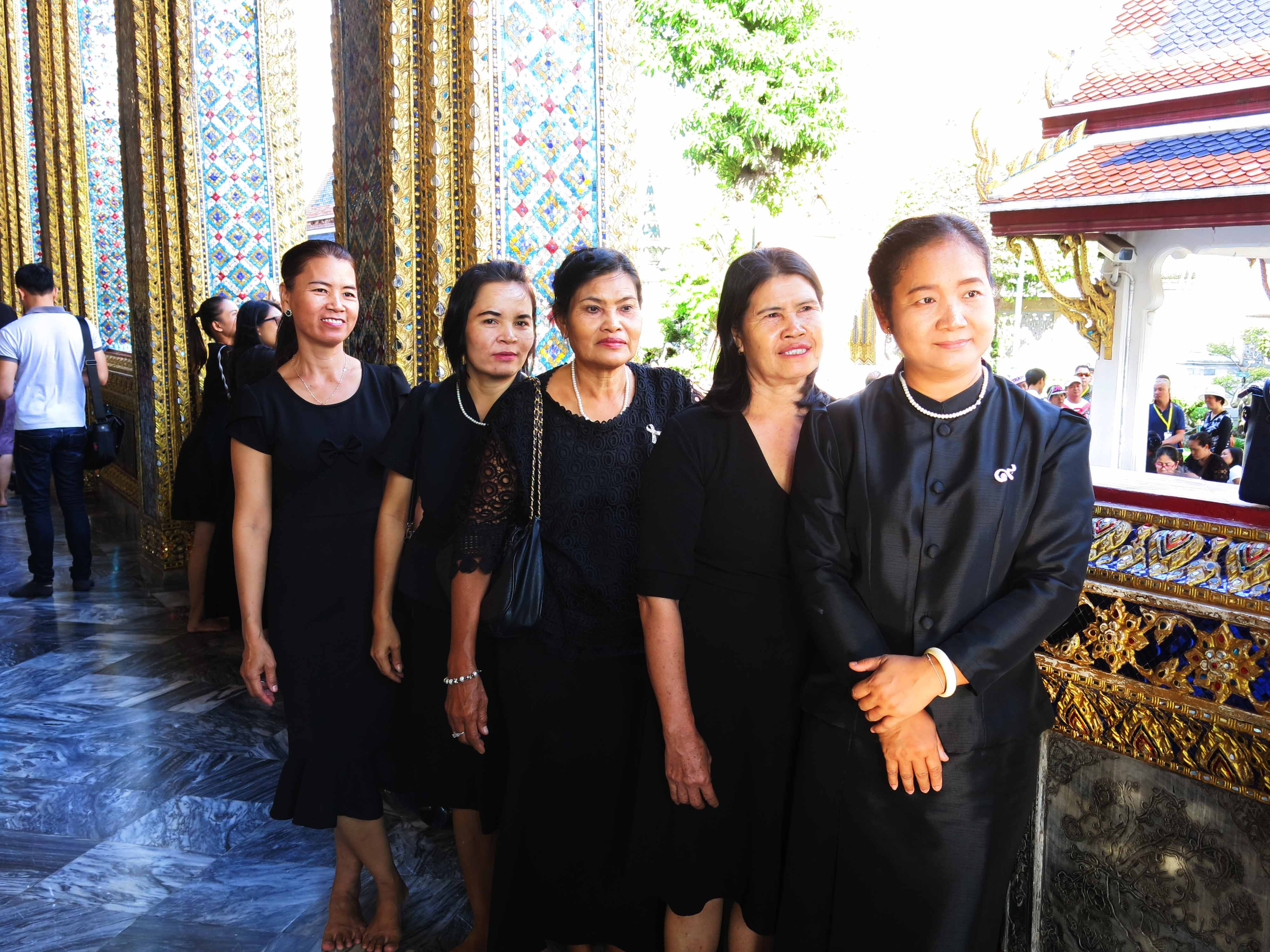 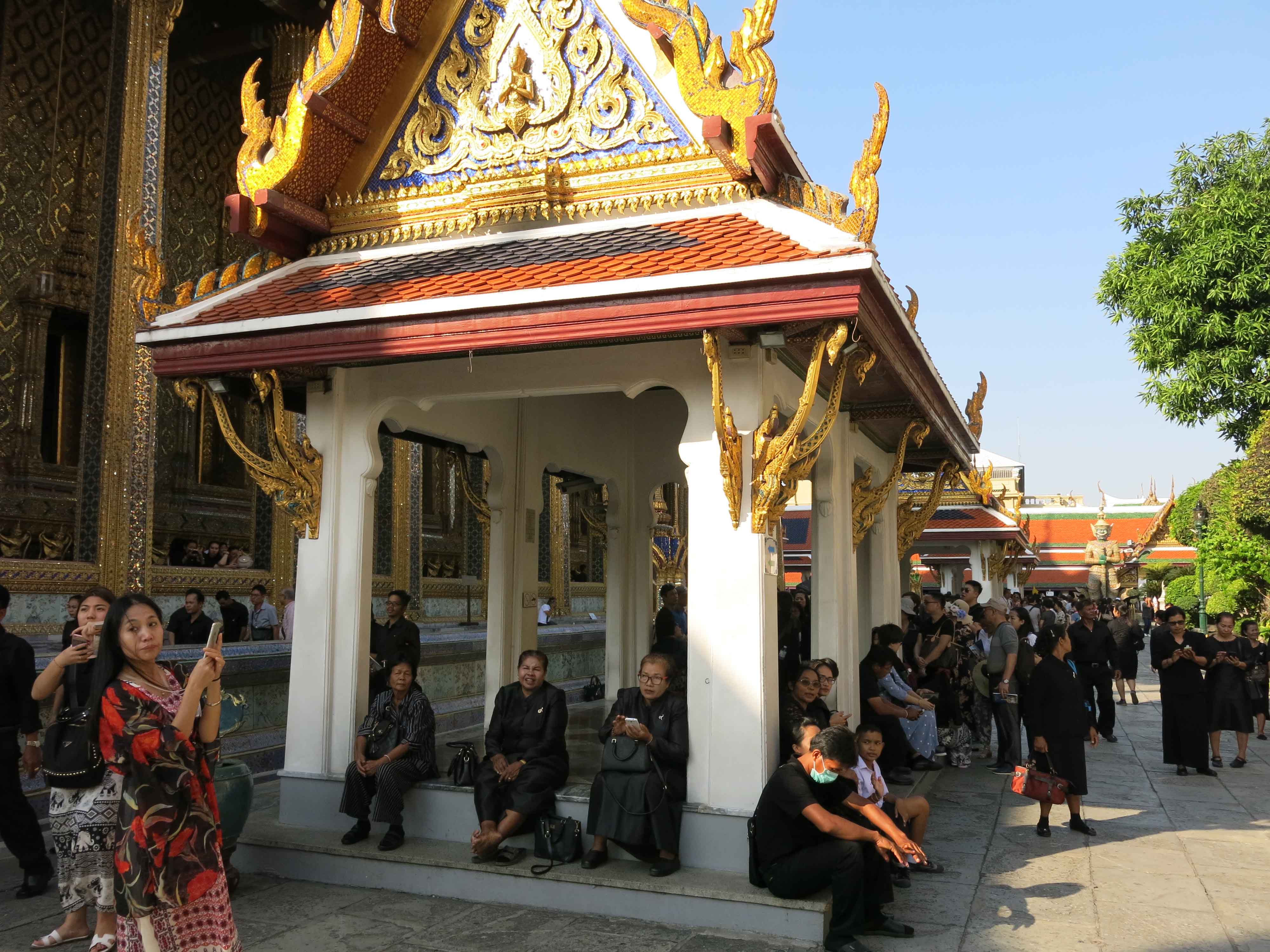 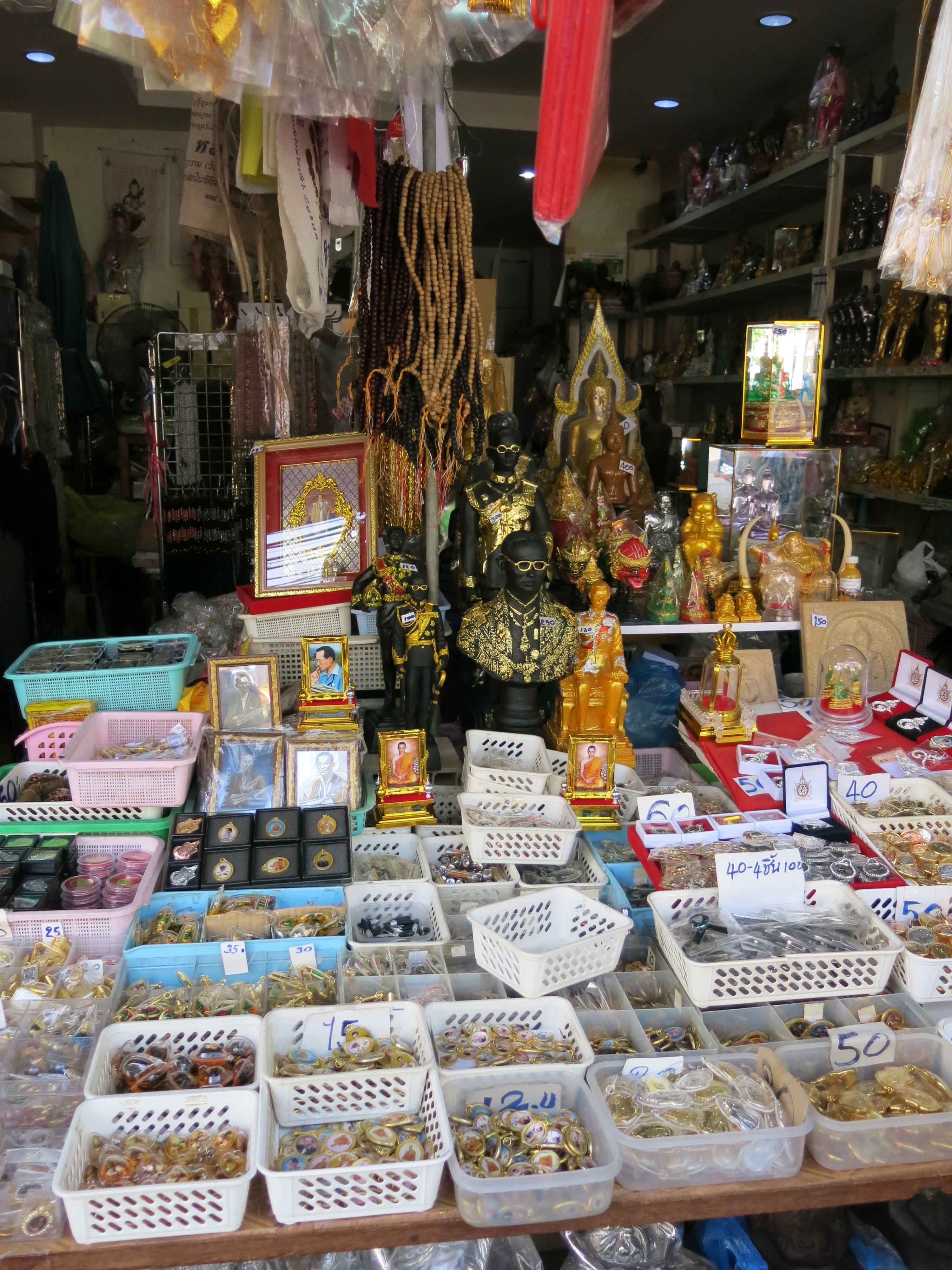 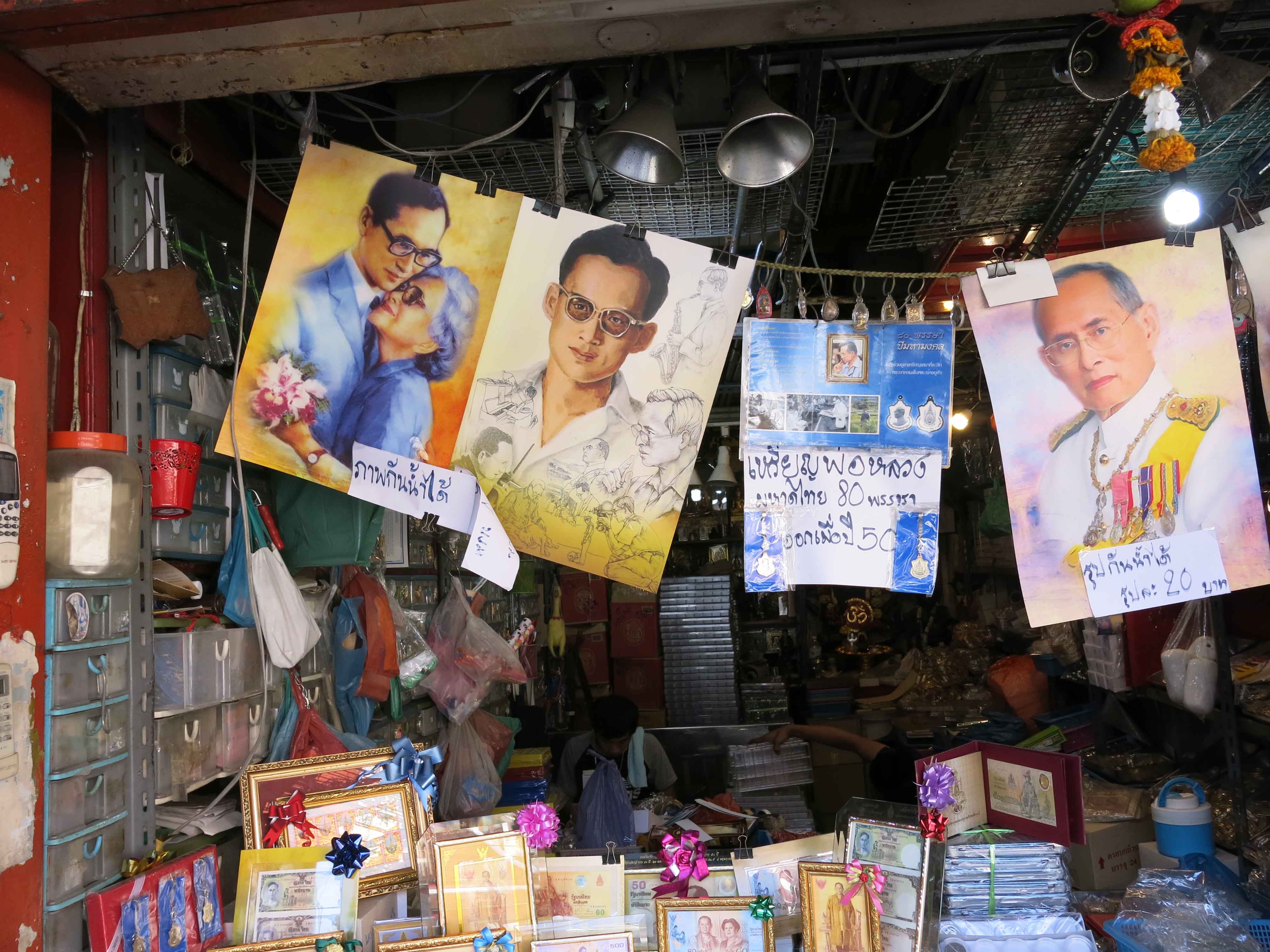 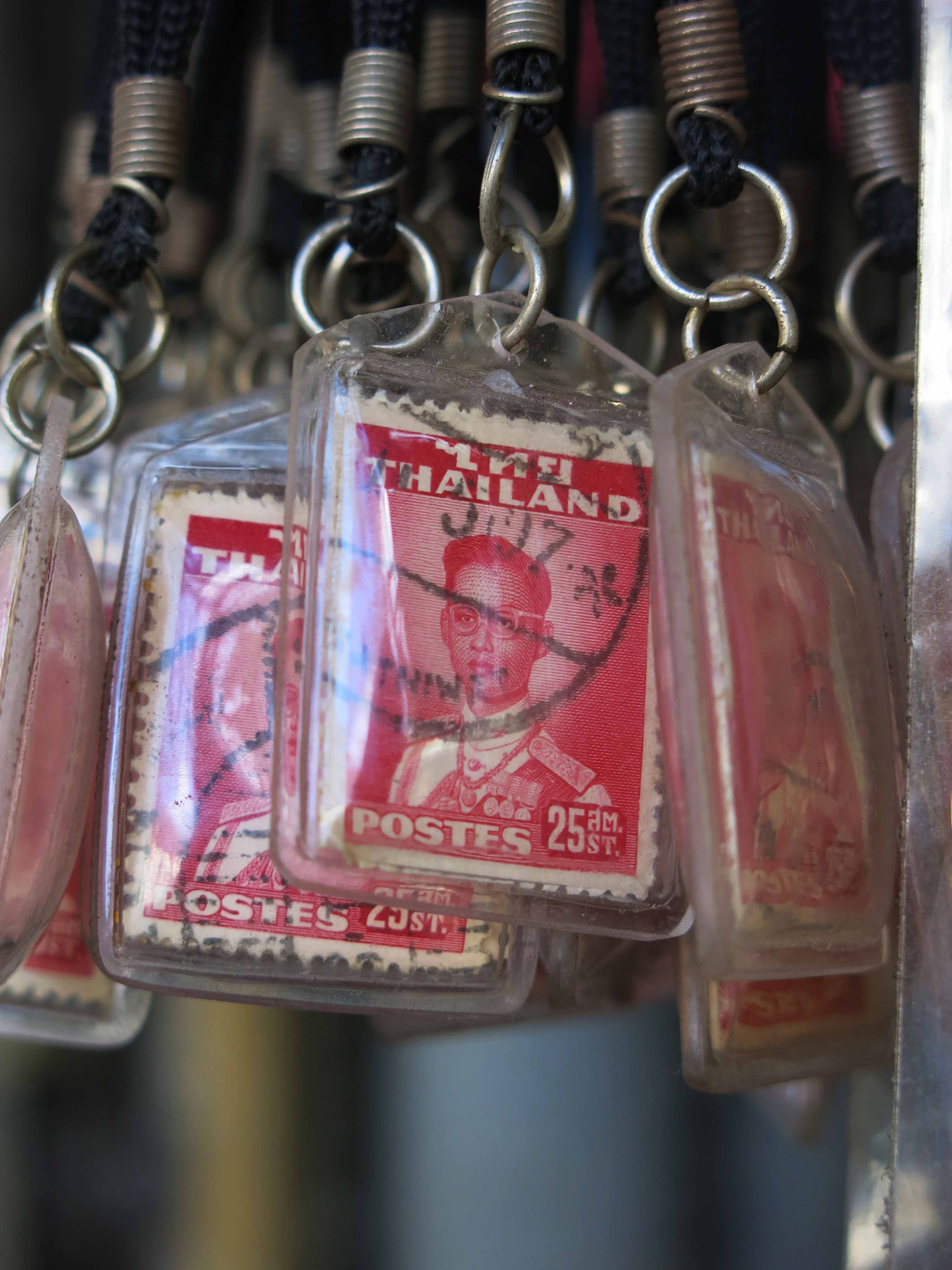 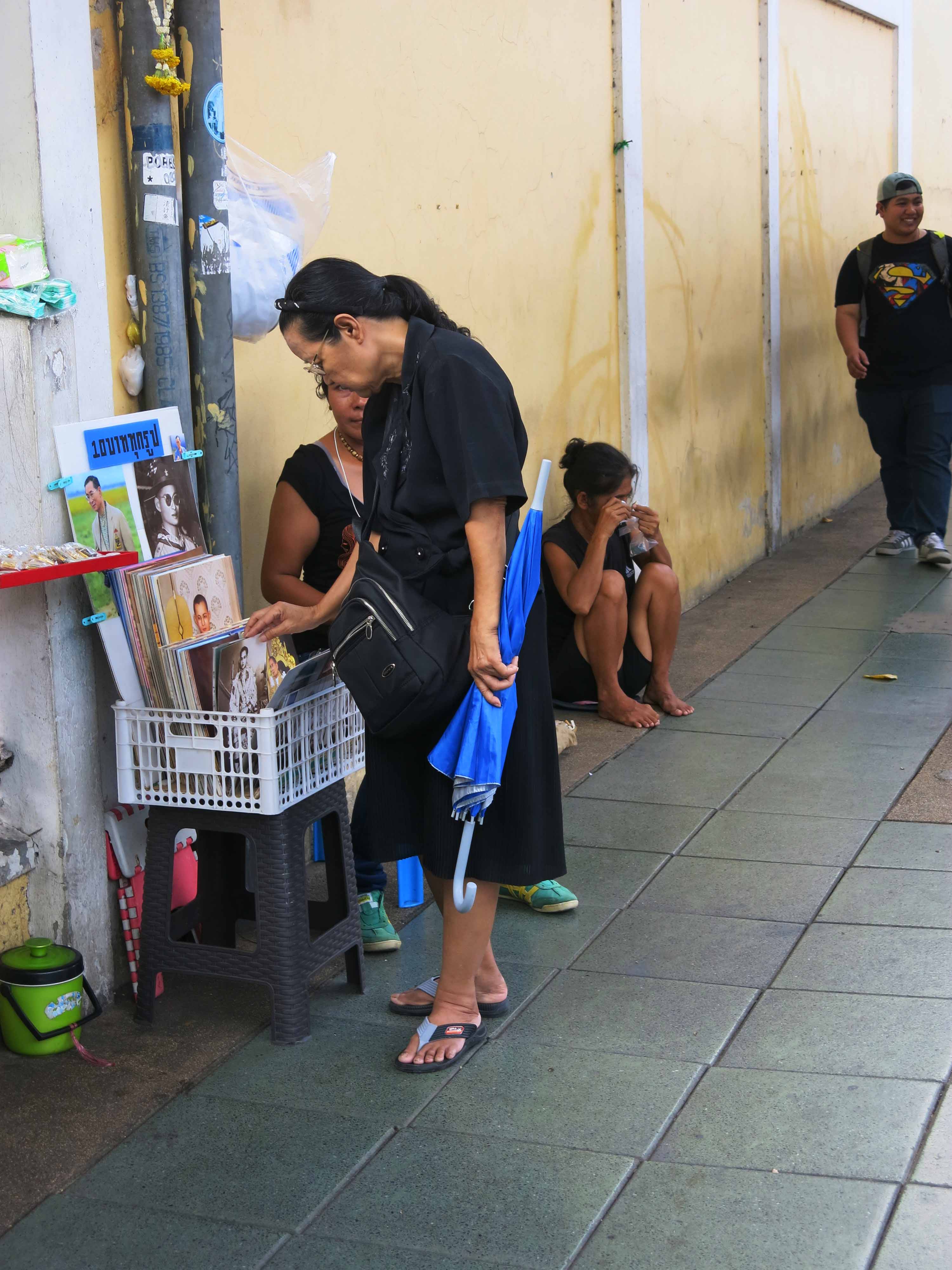 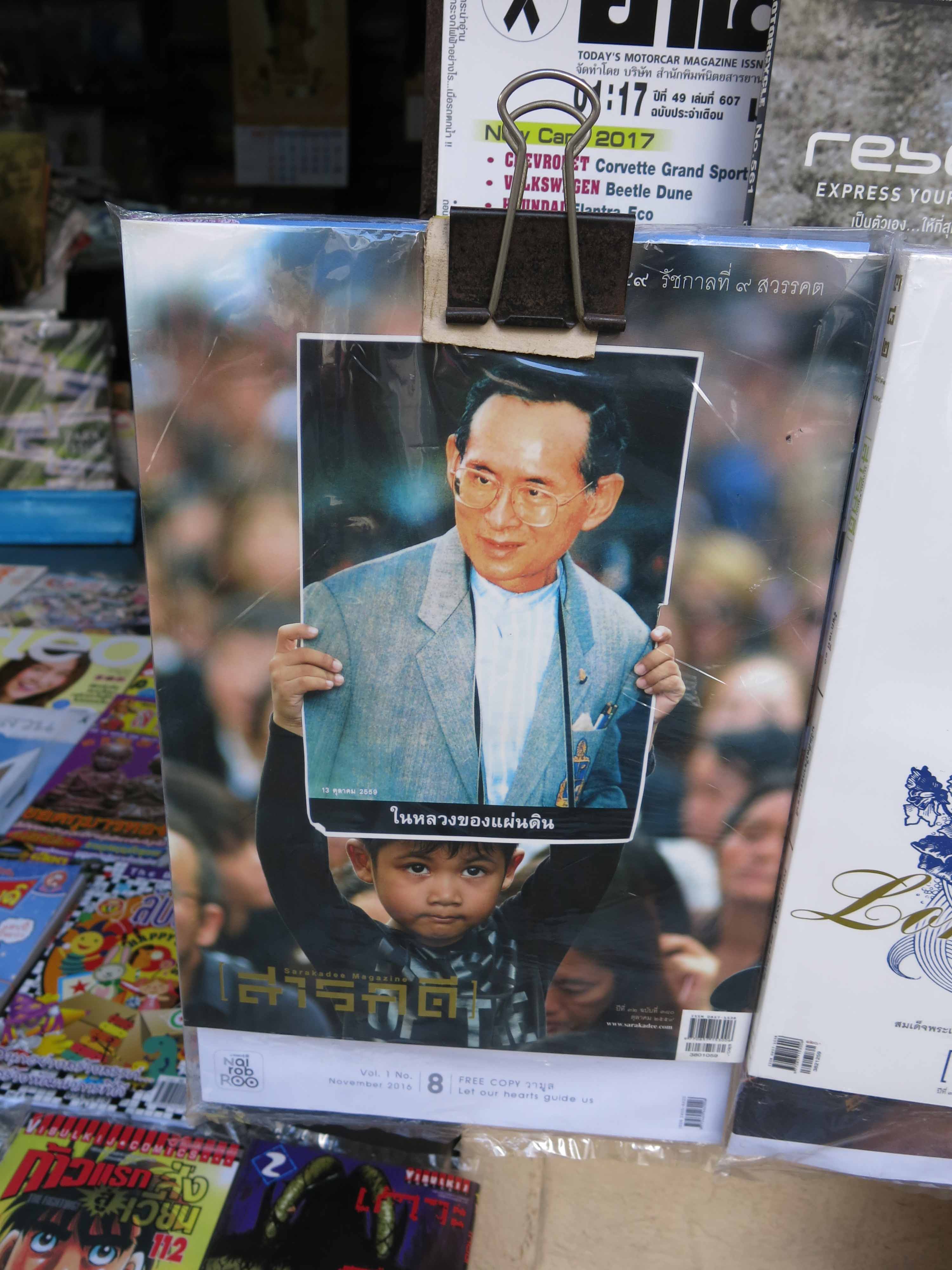