First Results of our Opinion Survey on Bonaire, Saba, and St. Eustatius! 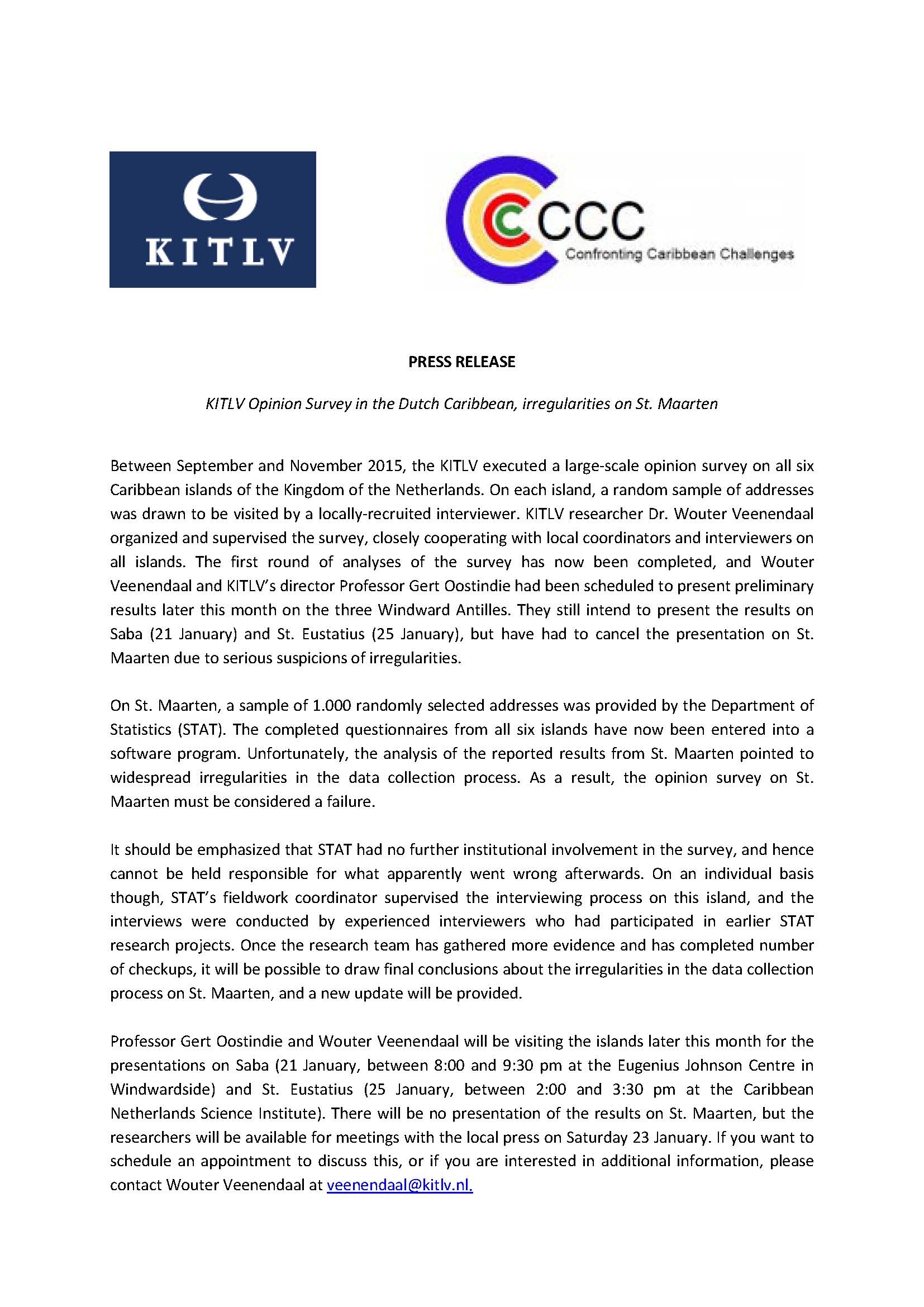 Between 14 September and 31 October 2015, the Royal Netherlands Institute of Southeast Asian and Caribbean Studies (KITLV) carried out a large opinion survey on all six Dutch Caribbean islands. This was an independent, academic survey, sponsored financially by the Netherlands Organization for Scientific Research (NWO). Dr. Wouter Veenendaal is the leading researcher of this academic project.

On each island a number of addresses were selected by means of a randomly drawn sample, and between 14 September and 31 October 2015, each of these addresses was visited by a local interviewer. The residents of these addresses were interviewed by means of a paper questionnaire, which addressed the following topics: 1) the relationship between the islands and Holland, 2) local politics on the island, and 3) media consumption. Interviews were conducted in Dutch, English, Papiamentu or Spanish.

The most important reason for this research, is the fact that only very few academic and comparative opinion surveys have been carried out on the islands: the most recent comprehensive opinion survey was conducted in 1998. Because five years have now passed since the momentous constitutional reforms of 2010, it is extremely important to know the opinions of the populations of the islands about the Kingdom and about the changed relationship with the other islands and Holland. In addition, it will be interesting to draw comparisons between the different islands, and to see if any differences can be observed between the islands that in 2010 have become autonomous countries, and those that became public bodies of Holland instead. 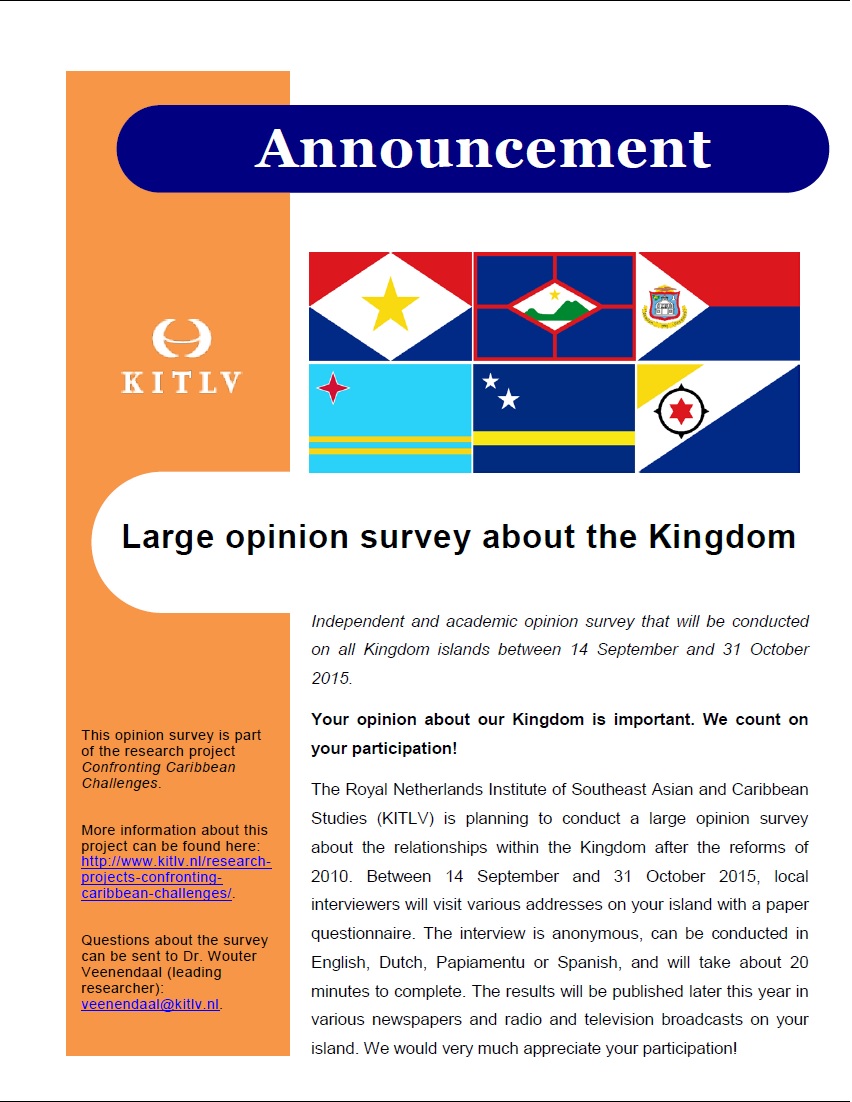 Kingdom survey to be launched September 14 (The Daily Herald)