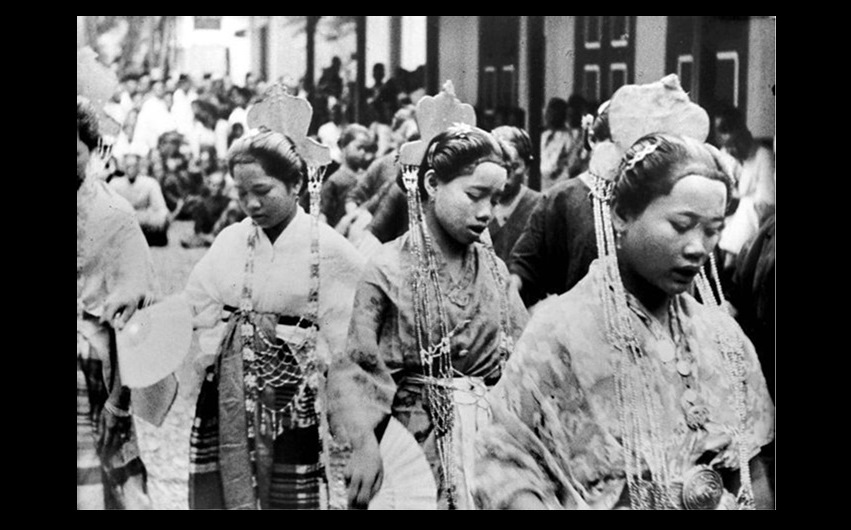 The KITLV-funded project ‘Family Matters’ uses the historical records of four polities in South Sulawesi’s Cenrana River Valley to systematically explore the role of marriage and family in state formation. Drawing statistics from the chronicles of Boné, Wajoq, Soppéng and Cina, it looks at the relative use of conquest and voluntary association in the formation of complex societies and the influence of marriages upon these processes. It explores the frequency of marriage relations among the core subpolities of Wajoq as opposed to marriage relations between the core polities and the vassals and examines the political ramifications of these relationships. It also uses the same statistical information to better understand the nature of early modern Bugis families. What percentage of marriage partners were related and how closely? What are the differences between early modern and contemporary marriage patterns? How far apart were their communities of origin? Did couples reside in the community of the bride or the groom?

A map of historical marriages in Boné produced in an early stage of the project using GIS: 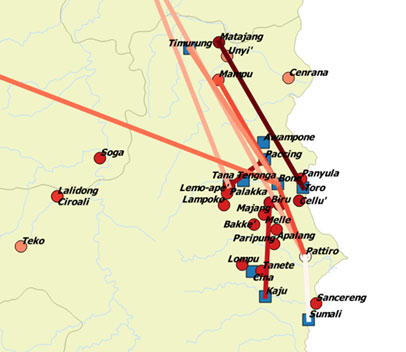