Democracy for Sale: Elections, Clientelism and the State in Indonesia

Written on the basis of extensive fieldwork and survey research, Democracy for Sale provides an on-the-ground account of Indonesian democracy. Analyzing election campaigns and behind-the-scene machinations, it shows how at every level, formal institutions are shadowed by informal, personalized networks. The book argues that Indonesian politics are saturated by clientelism – the exchange of material benefits for political support. Politicians win power by distributing small-scale projects, cash or other goods to voters or community groups, they gain the funds they need to campaign by trading contracts, licenses and other favors with businesspeople; and they engage in constant battles with each other and with bureaucrats to wrest control over state resources.

Illustrated with a wealth of observations from all over Indonesia, Democracy for Sale highlights how Indonesian clientelism is distinctively free-wheeling when compared to other countries. Clientelism typically centers on political parties; in Indonesia politicians rely on ad-hoc, candidate-centered structures called “success teams.”Bureaucrats rather than parties control state resources and are key actors in election campaigns. Employing an innovative framework for comparing clientelistic polities, Democracy for Sale argues we should see informal politics not as a deviation but as a constituent element of state power.

More information about the book.

Book launch in Leiden – 9 May 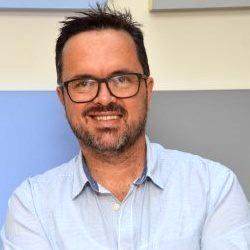 Edward Aspinall is a Professor in the Department of Political and Social Change, Coral Bell School of Asia Pacific Affairs, Australian National University. He researches politics in Southeast Asia, especially Indonesia, with interests in democratisation, ethnicity, and clientelism, among other topics. Read more. 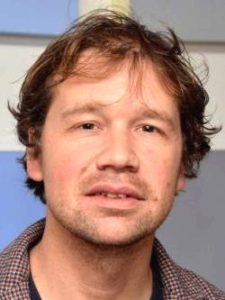 The Expert Survey Election Campaigns in Indonesia is a dataset consisting of assessments of characteristics of election campaigns in 38 districts across Indonesia, given by 509 local observers (academics, journalists, campaign organizers, NGO activists). The aim of the expert survey is to study regional variation in the character of politics with a particular focus on assessing the character and pervasiveness of clientelistic electoral strategies. The survey contains questions on clientelistic practices (such as vote buying, as well the degree to which the distribution of various state resources – public services, welfare, contracts, jobs, licenses, social assistance – are perceived to be contingent on electoral support) as well as campaign organization (role of political parties, perceived influence of types of organizations and leaders, role of bureaucrats) and voter behavior (effectiveness of programmatic and clientelistic vote mobilization, ethnicity). The questions in the survey concern election campaigns for district head elections, governor, local parliaments as well presidential elections. This expert survey was executed among 509 academics, journalists, NGO activists and campaign organisers from 38 districts in 16 provinces across Indonesia between April and July 2014. The survey material was used in Aspinall and Berenschot, Democracy for Sale: Elections, Clientelism and the State in Indonesia (Ithaca: Cornell University Press 2018).

“A painstakingly researched examination of the way Indonesia has become a patronage democracy. . . .  Aspinall and Berenschot’s book shows how money has weakened political parties, ensures that personalities matter more than policy, favors incumbents, and almost forces politicians to become corrupt in order to recoup the expense of running for office.”
– Margaret Scott, New York Review of Books

“Democracy for Sale promises to be a major contribution to Indonesian politics, and also a book that will be read, discussed, and cited by authors working cross-nationally.”
– Tom Pepinsky, Cornell University, and author of Economic Crises and the Breakdown of Authoritarian Regimes

“Democracy for Sale is an outstanding book with a compelling mix of methodologies that will be useful for scientists interested in clientelism in general.”
– Andreas Ufen, German Institute of Global and Area Studies, and coeditor of Democratization in Post-Suharto Indonesia and Party Politics in Southeast Asia

“Democracy for Sale combines rich details about the variety and variability of clientelism in Indonesia with a framework for comparing and analyzing clientelism across a variety of country contexts. This is a volume all scholars of clientelism, patronage, and money politics will want on their shelf.”
– Allen Hicken, University of Michigan 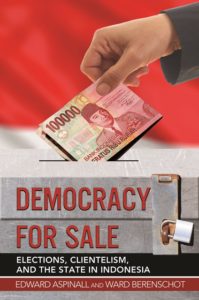 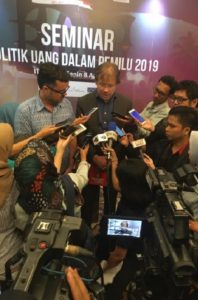