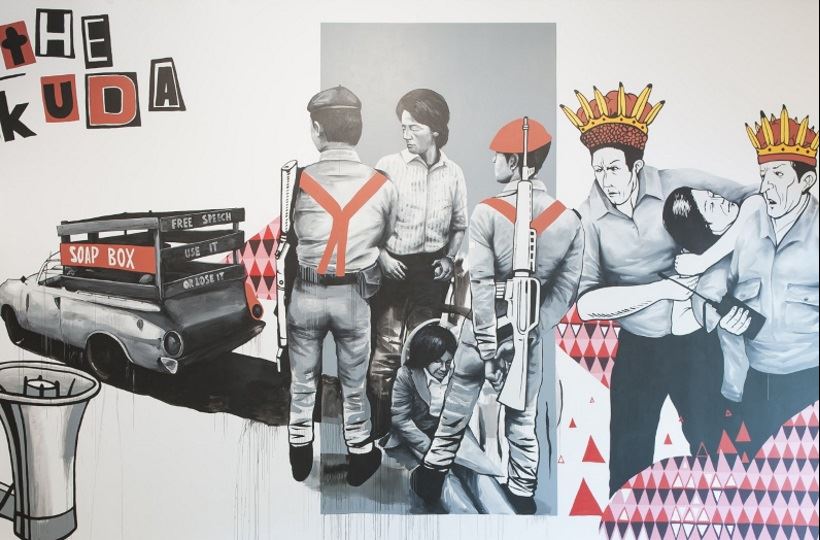 The 7th Freedom Lecture will be held by Indonesian artist and director of the ruangrupa artists’ initiative: Ade Darmawan.  The work of Ade and Ruangrupa is closely interlinked with the socio-political conditions and human right issues present in contemporary Indonesia. By using street art, pop art and involving young people with their projects, ruangrupa is very popular with the younger generation. Creating and reconstructing urban space and virtual space is a central theme in the work and projects by Darmawan.

Ruangrupa emerged in Jakarta shortly after the downfall of the Suharto authoritarian regime that prevailed for 32 years in Indonesia.  In this environment, space for the artist freedom of expression emerged alongsideradical changes in terms of how cultural and artistic practice are produced, distributed, and consumed. With the newly elected president Joko Widodo it will be interesting to see in what way Indonesia will develop itsel.

Besides the lecture of Darmawan on his work, ideals and outtake on freedom, Jacqueline Hicks (KITLV) will present us with a short presentation on the dominant political, economic and religious powers that are key in shaping the dynamics of contemporary Indonesia. In a panel discussion with Hicks and Darmawan we will elaborate further on the strategies by artists  and local communities to claim their space within the arena of large political, corporate and religious powers who all battle over space in the 3rd biggest democracy of the world. Gertrude Flentge will provide us with a general introduction into the work of Darmawan and the role ruangrupa fulfils within society.