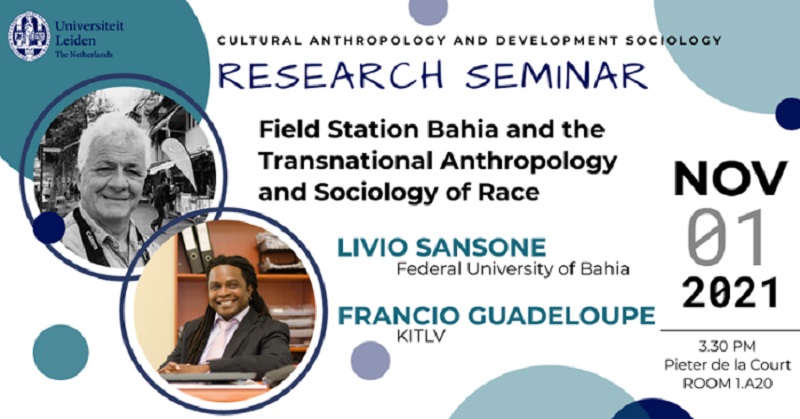 Abstract
The talk deals with an important moment, in many ways one of the founding moments, of African Studies: the debate on the notion of Africanism, which occurred in Bahia in the years 1940-42 and its consequences for the making of African-American and Afro-Brazilian studies in the US and Brazil. Then, four important scholars Melville and Frances  Herskovits, Lorenzo Turner and E. Franklin Frazier carried out research among descendants of Africans in South America and diverged over the origin of what in the US became well known as the black family structure, but agreed on how African culture could bear a lot on the construction of black cultural expressions in the New World – and especially in Brazil, Cuba, Haiti and Surinam. Frazier and Turner were African-Americans. Soon after coming back from the field trip in Bahia these scholars set up the first departments of African studies in the US, respectively at Northwestern, Fisk and Howard. Their lives will be entangled until their death, and so will be in their trajectory the relationship between African-American and African studies. First, I will  expand on the entanglement between, as it were, perspectives and gazes on the Afro world and Africa in the 1940’s through the 1960’s. Herskovits was the first president of ASA and Frazier was chosen president in 1963. Second, I will focus on the „magic“ place of Bahia in the making of African American anthropology and Brazilian anthropology writ large. Such a magic place has not delivered much in terms of better conditions for the production of knowledge locally.