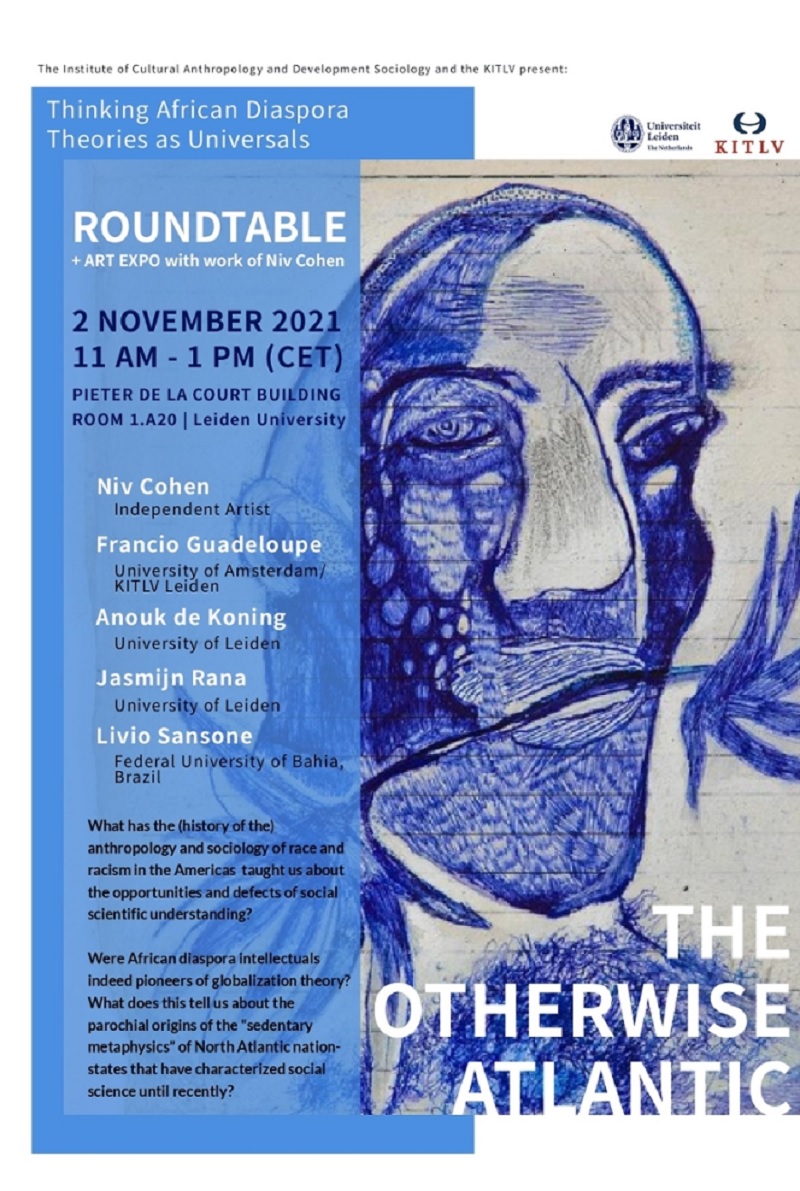 In the past decades, the universalist conceit of North Atlantic social and cultural sciences has been increasingly “provincialized”, not least because we increasingly ask the question whether and how African diaspora thinking builds an alternative transatlantic universalism, grounded in black experiences in North, Caribbean, and Latin America, and in South-South exchanges with Africa.

Roundtable
This Roundtable explores how theory and critical praxis formulated from such positions may acquire general theoretical and empirical relevance – not just in the situations from which they first emerged, but even more so to understand other places where discrimination and oppression are structurally built into social life. Is – to take an example from W.E.B. Du Bois – “double consciousness” a general theory about how subjectivities develop in situations of structural discrimination (rather than a ‘mere’ description of the “souls of black folk”)? If so, what does this tell us about how “provincial” North Atlantic universal theories of consciousness in social practice are? Were African diaspora intellectuals indeed pioneers of globalization theory, long before this was discovered in the North Atlantic in the 1980s, and what does this tell us about the parochial origins of the “sedentary metaphysics” of North Atlantic nation-states that have characterized social science until recently? How do such alternative universalisms affect our understanding of changing social relationships in Europe or Africa?