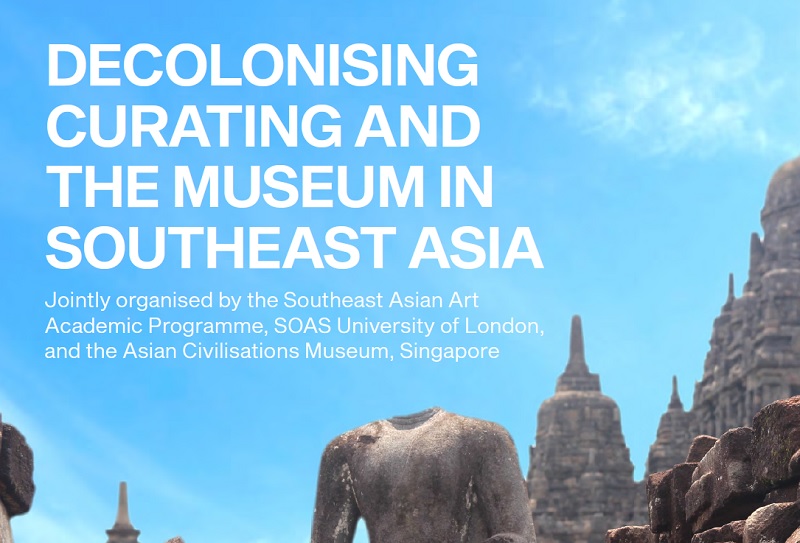 Since the nineteenth century, today’s South and Southeast Asia have become part of scholarly and popular thinking that defines the region as a single, superior, Hindu-Buddhist civilisation with its source in India. This double lecture addresses the continuing legacies of this imagined Greater India via academia, museums, and popular culture worldwide.

In museums of so-called ‘Asian Art’ in the West, well-choreographed exhibitions strategically use light and space to emphasise the spiritual power and inner beauty of Hindu and Buddhist statues, evoking ideas of Greater India. In this way, they obfuscate the violence underlying how objects were collected, researched and interpreted, and they depict Southeast Asia – and thus, central in this talk, today’s Muslim-majority Indonesia – as the passive recipient of a superior Indian civilisation. In contrast, the National Museum of Indonesia in Jakarta, for instance, tells the history of Indonesia. Bloembergen, a historian, and Mechling, an art historian, will explore from their respective perspectives and research the impact of the Greater India phenomenon on ancient Hindu and Buddhist objects from Indonesia, reflecting on how to decolonise the museum, but also on what it is then that actually needs to be being decolonised.

This event is part of the Decolonising Curating and the Museum in Southeast Asia lecture series.