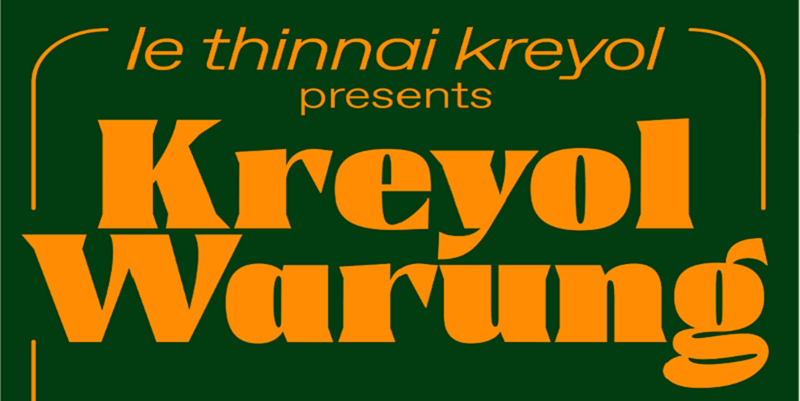 This is a live event which will be live streamed via the Framer Framed Youtube channel.

Join us for a joyful evening of food, music, song, dance and conversation as we celebrate ways of collaborating, sharing, and living together! le thinnai kreyol presents an evening of creole commensality and conviviality.

Since May 2020, when Ari Gautier and Ananya Jahanara Kabir co-founded their online platform le thinnai kreyol for multicultural, plural, and creole Indias, they have gathered over 4K followers for their weekly live broadcasts. Now, they channel those energies back to in-person gatherings. Can the potentially infinite reach of ‘online’ create a closer connection which ‘in-person’ gatherings enable?

At Framer Framed, Amsterdam,  Ananya and Ari will bring together artists from the Netherlands who have been virtual guests of le thinnai kreyol during 2020-21 to reconnect together with a new audience after a difficult two years. Musical guests include The Electric Hollers, Antonio Guzman, singer Raj Mohan, and a performance by Shailesh Bahoran.

Kreyol Warung is the final event of the le thinnai kreyol series in collaboration with Framer Framed and Atelier KITLV, on the theme of creolisation.

Ari Gautier is a French novelist from Pondicherry of Indo-Malagasy origin, based in Oslo. He writes historical fiction about Pondicherry’s place in the world, and works at Melahuset, Norway, an institution promoting art and culture from the Global South.

Ananya Jahanara Kabir is Professor of English Literature, the Department of English, King’s College London, and winner of India’s Infosys Prize for the Humanities (2018), and of the Humboldt Research Prize from the Alexander van Humboldt Foundation, Germany (2019). She currently works on creolisation as a historical process and cultural theory.

Shailesh Bahoran is a versatile theatre maker and choreographer. Besides theatre maker and choreographer, Shailesh is a versatile hip hop dancer who is distinguished by his phenomenal technique, originality and expressiveness. He has solid roots in the hip hop culture and has become proficient, both solo and with his crew Illusionary Rockaz, in the styles bboying (breakdance) and poppin.

Raj Mohan is a Geet/Ghazal/Bhajan/Pop singer, composer, singer songwriter and poet. He has been working for 30 years as a Sarnámi artist in The Netherlands and Surinam.

The Electric Hollers is a blues/rock sensation from the Northern Netherlands. Get ready to be blown away by a wall of vintage sound and energy! Heavy bass tones, thundering drums and guitar solos that transport you to a bygone era. The band is inspired by bands such as Led Zeppelin, Santana & Ten Years After.

Antonio Guzman is a Dutch-Panamanian artist known for his installations, videos and photography inspired by scientific research, utopias and cultural analysis. Guzman’s projects allow us to cross different time zones, unexplored worlds and realms; bringing us into what Guzman calls time travel perceptions.

Please click here for registration and more information.
This live event will be live streamed via the Framer Framed Youtube channel. 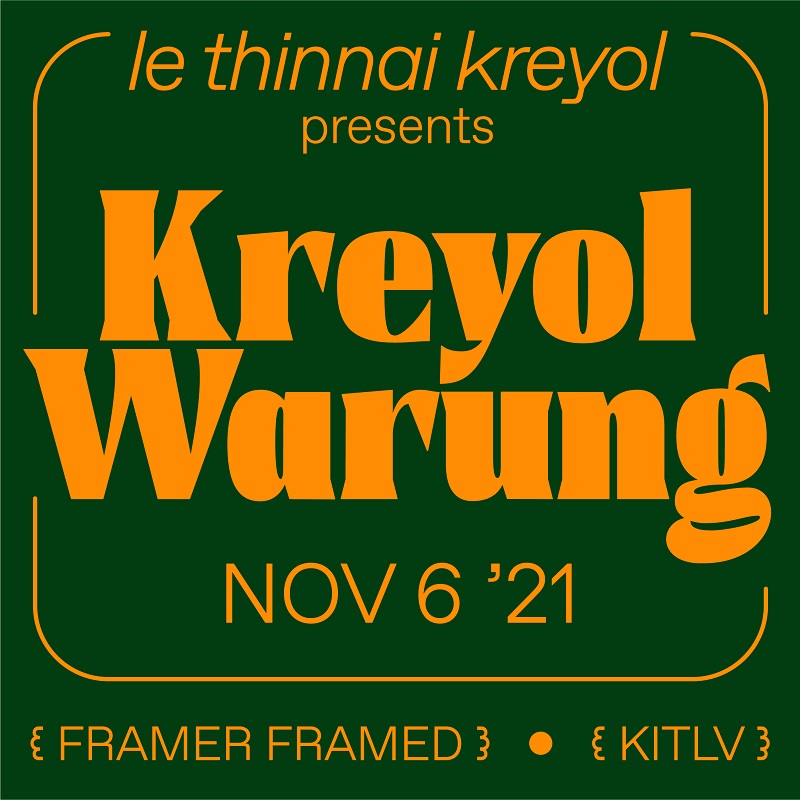