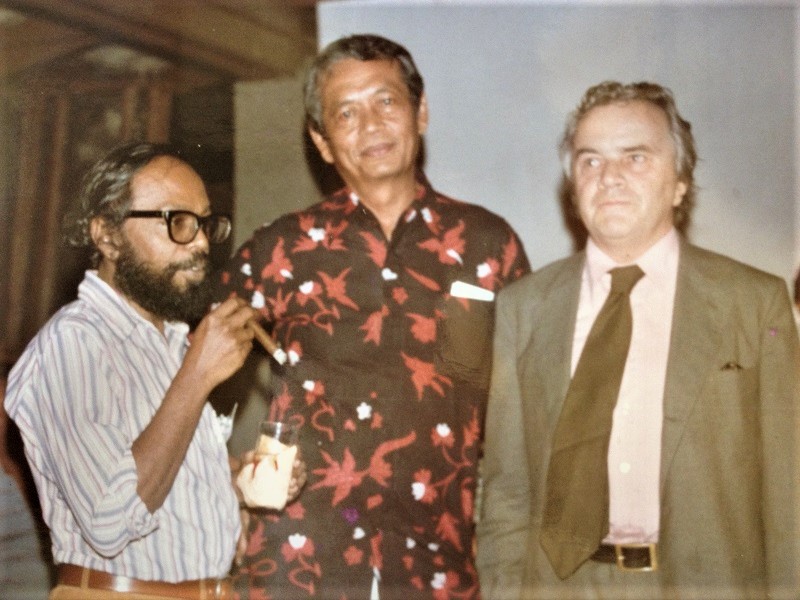 Abstract
Ivan Kats is a little-known figure in international history, yet his skills as editor, networker, fundraiser, and cultural troubadour have left their mark on modern Indonesian culture. A member of the Congress for Cultural Freedom’s secretariat in Paris during the 1960s, Kats oversaw the CCF’s (Ford Foundation- and, earlier, CIA-funded) cultural projects in SE Asia to spread Western liberal ideals among post-colonial intellectual elites. Exiting from Paris when the CIA connection became known, Kats relocated to Yale and set about creating a successor operation managed through his newly-established Obor Foundation. From the 1970s to the 1990s Kats, via Obor, had a profound influence in Indonesia as the Suharto regime sought to shape a new national identity through a carefully monitored culture industry. Obor continues to this day and over the years has developed close ties with Leiden University. This paper explores Kats’ role in the service of Cold War anti-communism, corporate interests, and philanthropy, to influence the direction of Indonesia’s intellectual elite.

Speaker
Giles Scott-Smith is the Roosevelt Chair in New Diplomatic History at Leiden University. He serves as the Academic Director of the Roosevelt Institute for American Studies, having been a researcher at the Roosevelt Study Center during 2002-2015. Having received his PhD in International Relations from Lancaster University (1998), he taught and researched both IR and International History for many years. From 2009-2018 he held the Ernst van der Beugel Chair in the Diplomatic History of Transatlantic Relations since WW II at Leiden University. In 2019, to further strengthen the profiles of the RIAS and Leiden, he was appointed to the Roosevelt Chair in New Diplomatic History. He is co-founder of Diplomatica: A Journal of Diplomacy and Society (Brill) and co-editor for the Key Studies in Diplomacy book series with Manchester University Press.