Seminar | The gamelan and the mango tree: Javaneseness and the senses in Suriname | Emily Hansell Clark 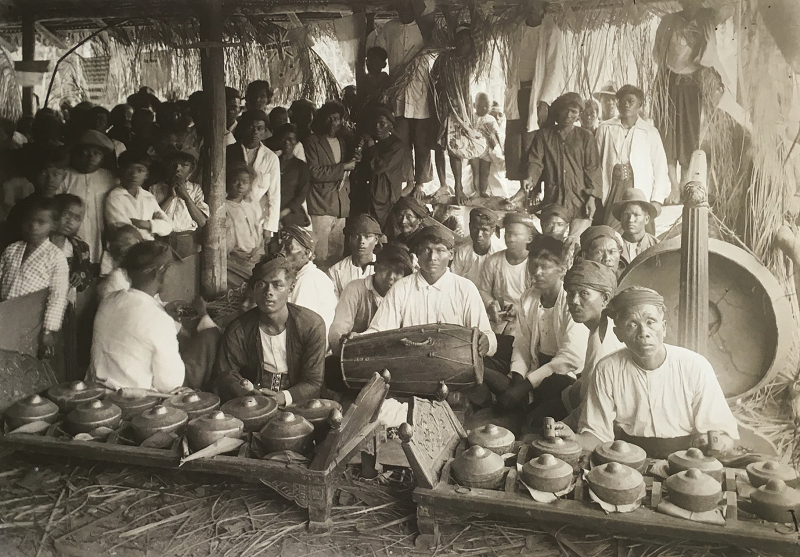 Abstract
This seminar draws from archival and ethnographic dissertation research on the historical construction and present-day performance of Javanese ethnicity in Suriname and the Netherlands. I focus on the musical tradition of the gamelan, an ensemble of pitched percussion instruments that traveled along with indentured laborers from Java to Suriname in the period of 1890-1939. In Suriname the gamelan tradition developed a distinct Surinamese style, which is now performed and preserved by communities of Javanese Surinamers in the Netherlands as well.
I argue that, alongside physical instruments and musical knowledge, a concept of culture that was developed through Dutch scholarship in the service of colonialism in the Netherlands East Indies also traveled to Suriname and influenced the governance of different ethnic groups in the “plural” Caribbean society. My aim is to examine how specific objects and broader notions of “nature” and “culture” that circulate through the former Dutch colonial empire have shaped ideas and experiences of mobility and difference. I argue that the Javanese-Surinamese gamelan provides an illustrative example of how the sensory and aesthetic (in this case, musical) performance of difference becomes both a necessary claim to political and social participation in the “plural” Caribbean and “multicultural” European nation, and simultaneously perpetuates the status of “migrant” in both of these paradigms of culturalized ethnic difference.
Speaker
Emily Hansell Clark is a PhD candidate in Ethnomusicology at Columbia University in New York City. Her dissertation project is concerned with migration and music-making in the former Dutch colonial empire, focusing specifically on Javanese migration to Suriname and the Netherlands. This research draws from over a decade of experience studying Javanese music and culture, including years spent as a performing member of gamelan ensembles in the U.S., Indonesia, and the Netherlands. Emily also holds a BA in Ethnomusicology and Composition from Oberlin College and an MSIS (Information Studies) from the University of Texas at Austin with a focus in sound archives.
Registration
Please register if you wish to attend: kit[email protected]
Photo (attached): Gamelan orchestra at Mariënburg, c. 1915, Augusta Curiel (Surinaams Museum)