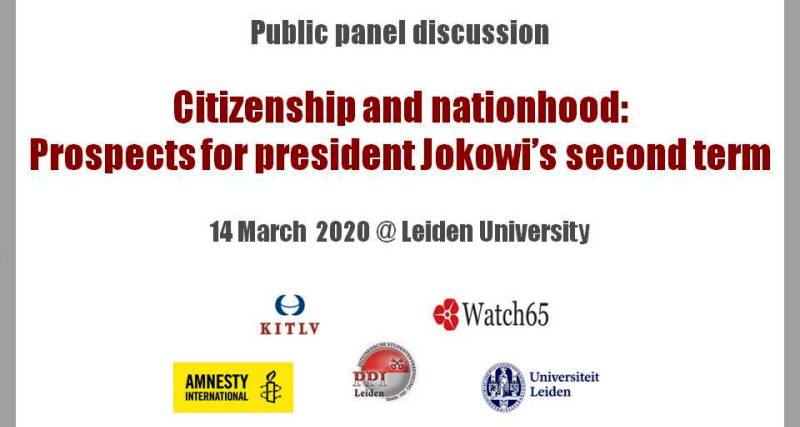 Because of the corona-threat, and to our great regret, we have decided to cancel the public panel discussion, ‘Citizenship and Nationhood: Prospects for President Jokowi’s Second Term’, on 14 March.

Large and international gatherings may put additional and unnecessary pressure on public healthcare systems, thus causing extra risk for vulnerable groups. In this context we feel obliged to make a responsible decision. It is our intention to move the event to a later time.

In August 2019, Indonesia witnessed the largest street protests since the fall of President Suharto in 1998. Thousands of Indonesians, many of them students, took to the streets to protest against corruption, growing authoritarianism and human rights abuses. One of their concerns was the explosive situation in West Papua. The events marked growing dissatisfaction with large parts of the population about the directions the current government has taken.

The protests yielded few concrete results. The current President Jokowi’s rule has been marked by a reluctance to fulfil the promise made during the 2014 presidential campaign to account for past human rights violations. A range of worrying trends, from the subtle suppression of dissent to the weakening of institutions such as the anti-corruption body KPK, has convinced some observers that Indonesia’s democracy is under threat. Instead of tackling these issues, President Jokowi has focused his attention on economic and infrastructural development. Papua emerges as one of the most urgent cases. This region is currently facing a new escalation of violence aggravated by the deployment of fresh military troops in an attempt to quell resistance. Racial abuse, land grabbing and the gap in wealth distribution – all factors with long historical trajectories – fuels the discontent.

In this public panel discussion, we will bring together a group of scholars and concerned citizens and activists to discuss the ongoing tendencies and debates regarding the state of Indonesia’s democracy and human rights as well as perceptions of national unity and diversity. The predicament of Papua and its people will be highlighted within a broader context of changing and perseverant notions of citizenship and nationhood in Indonesian politics and society.

Registration
If you wish to attend, please send an email to [email protected]

Organizers
Organized by KITLV and Watch65, in co-operation with Amnesty International, the Institute of Cultural Anthropology and Development Sociology / Leiden University, and PPI-Leiden.