Palm oil conflicts and access to justice in Indonesia 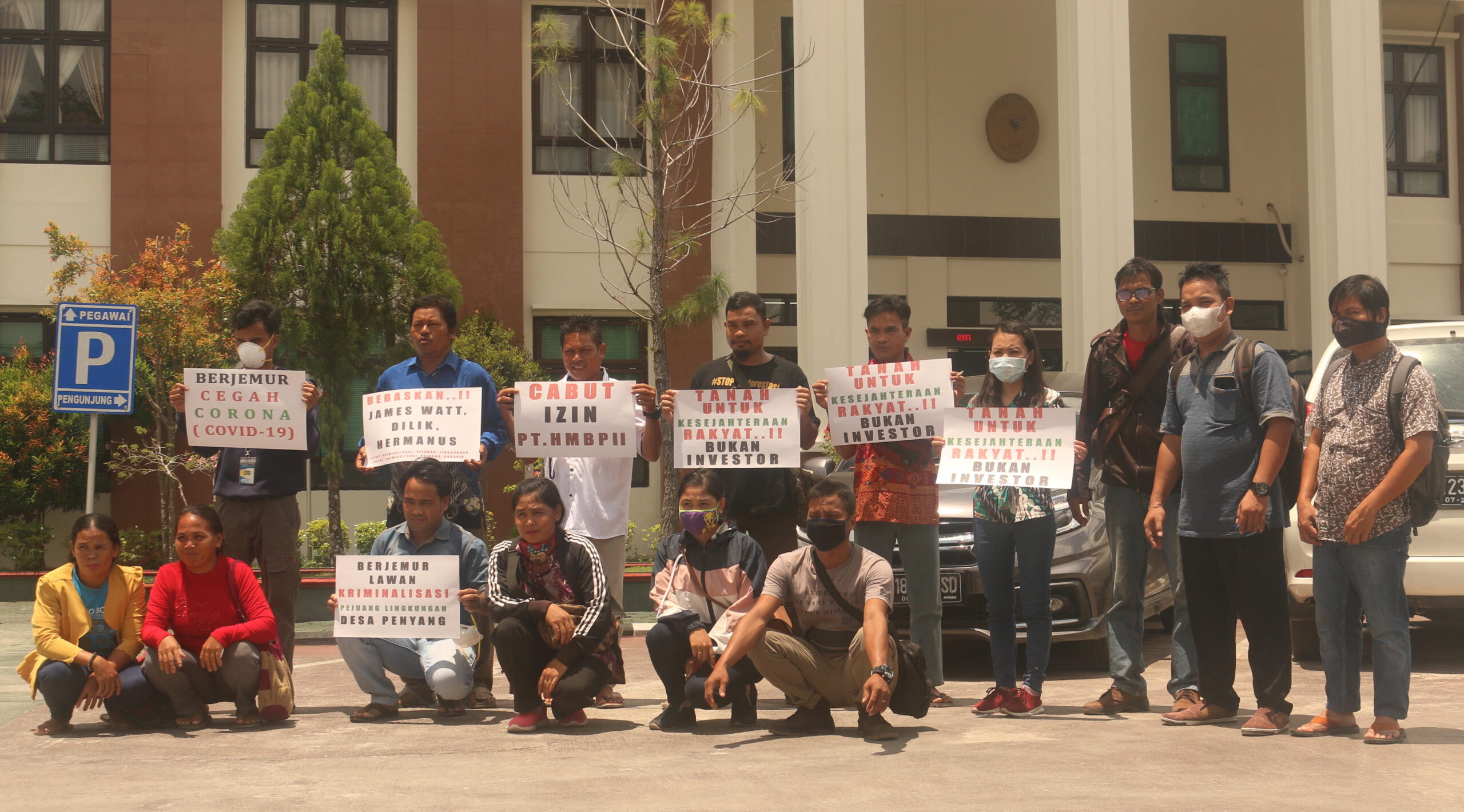 New report: ‘Palm oil expansion and conflict in Indonesia: An evaluation of the effectiveness of conflict resolution mechanisms’.

This project engages in a first-ever study of general patterns and outcomes of oil palm conflicts across Indonesia. The aim is to provide input for legal reform and governance initiatives that will strengthen the capacity of rural communities to address grievances caused by oil palm expansion. So far these conflicts have only been studied through case studies with an emphasis on failing judicial institutions. Using an innovative mixed methods approach, this project collaborates closely with local NGO’s to document 220 conflict cases. We will use this dataset to identify cases and causes of successful conflict resolution on the basis of which policy recommendations will be made.

The current palm oil boom is arguably one of the most rapid agro-environmental transformations in modern history. In Indonesia, the world’s largest producer of palm oil, the size of palm oil plantations has almost doubled over the last decade. This expansion has caused massive deforestation, forest fires, as well as intensifying conflict between oil palm companies and rural communities. Communities are protesting against both companies and governments, engaging in demonstrations, lobbying and litigation as well as road blockages, destruction of property and violence. They protest against the loss of access to land and the lack of adequate compensation, but also against pollution, labour conditions and the implementation of joint ownership schemes. The resulting conflicts generally have lengthy, complex trajectories that often end in stalemates, causing considerable economic damage and human suffering. Rural communities can take their grievances to three main types of mechanisms: Indonesia’s legal system, the dispute resolution facility set up by the Round Table for Sustainable Palm Oil (RSPO, a transnational multi-stakeholder body) and more informal, third-party mediation often guided by politicians and/or NGO’s. This project’s guiding hypothesis is that a more effective resolution of palm oil conflicts requires engagement with the plurality of formal and informal conflict resolution mechanisms.

So far palm oil conflicts have only been studied through case studies that highlight the relative powerlessness of rural communities when they are confronted with corporate violations as well as repression from state institutions. There is an urgent need to move beyond case studies. Lacking reliable documentation of a broad set of conflicts we know relatively little about the usage and effectiveness of the different available dispute resolution mechanisms – or how they can be improved. The new, mixed methodology adopted by this project will allow – for the first time – to study how dispute resolutions mechanisms are generally used and why they often fail. With this knowledge we can identify, and advocate for, policy measures that can improve the effectiveness of these mechanisms.

The main aim of this project is to strengthen the capacity of rural communities, oil palm companies and government institutions to address the grievances caused by oil palm expansion.  To achieve this goal, the project aims to
1)    collaborate with its local NGO partners to document the trajectories and outcomes of a targeted 220 conflicts that have surfaced in Riau, West Sumatra, West Kalimantan and Central Kalimantan in the period 2005-2018.
2)    Use this dataset to study comparatively the usage, accessibility and effectiveness of Indonesia’s legal system, RPSO’s dispute resolution facility and informal third-party mediation as means to address palm oil conflicts.
3)    Use the resulting findings to advocate for policy measures and initiatives to improve the accessibility and effectiveness of conflict resolution mechanisms.

This three year-long research project (2019-2022) is a collaboration between KITLV, Andalas University, Wageningen University and six Indonesian NGO’s (Walhi Kalbar, Gemawan, Walhi Kalteng, Scale-Up, HuMa and Epistema). It is funded by the Netherlands Organisation for Scientific Research (NWO) and the Ministry of Research, Technology and Higher Education of the Republic of Indonesia (Ristekdikti). 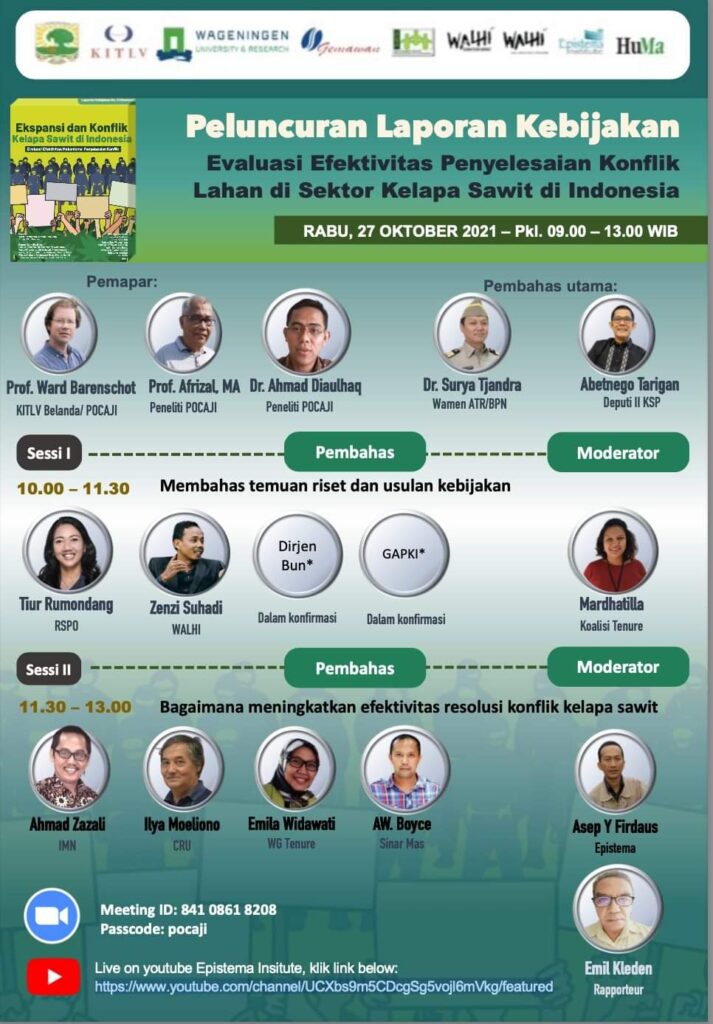 The Pocaji project has also aims to boost public debate about how the character of national laws and regulations affect these conflicts. To this end we published an opinion article in Kompas and Inside Indonesia. In 2021 we aim to organise a broad national seminar and policy report on this topic.