Manuscripts from Sulawesi recount the legendary family relations between Mamuju in West Sulawesi and Badung in South Bali. This relationship is said to have commenced with the marriage between Puatta Mamuju and Mera’ara Puang and the birth of their son Lasalaga. Raised on both Bali and Sulawesi, Lasalaga grew into a fierce warrior and fought valiantly against the Sasak of Lombok. As an adult he was asked to rule Mamuju. A capable leader he ruled with his wife Puatta Boqdi from Pamboang. They extended Mamuju’s influence in Sulawesi and were among the first rulers to embrace Islam in that area.

The Lasalaga Project brings this story to new audiences. Project partners Kathryn Wellen and Louie Buana engaged the painter I Made Sesangka Laksana to depict the story using a Balinese style known as Kamasan. Using a style from one part of the archipelago to recount a legend from another part of the archipelago blends the cultures of the two regions, just like the marriage of Puatta Mamuju and Mera’ara Puang did. The painting was used to illustrate a children’s book to bring this story to the youngest generation as well as their caregivers and teachers. Additionally, two videos were made, a documentary about the project and a children’s video. The project’s value lies in its artistic reinterpretation of the legend of Lasalaga; its combined use of traditional and new media; its showcasing the social interactions between different ethnicities and cultures in Indonesia; and its contribution to children’s literature. 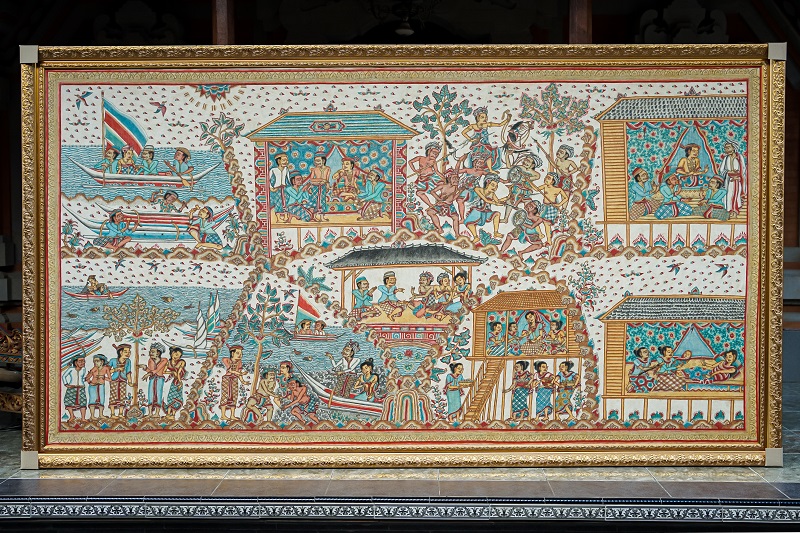 Free copies of the book were distributed to libraries and literacy organizations in Indonesian and the reception of the project was overwhelmingly positive. Not only did the Ubud Writers’ and Readers’ Festival invite the co-authors to speak about the project but also but also scholars, cultures and language revitalization activists in both West and South Sulawesi expressed their desire to use the book in educational programs.

The documentary The Journey of Lasalaga about the project and the children’s video Legenda Lasalaga are available online (see below). A free downloadable copy of the book is available here.

Documentary The Journey of Lasalaga