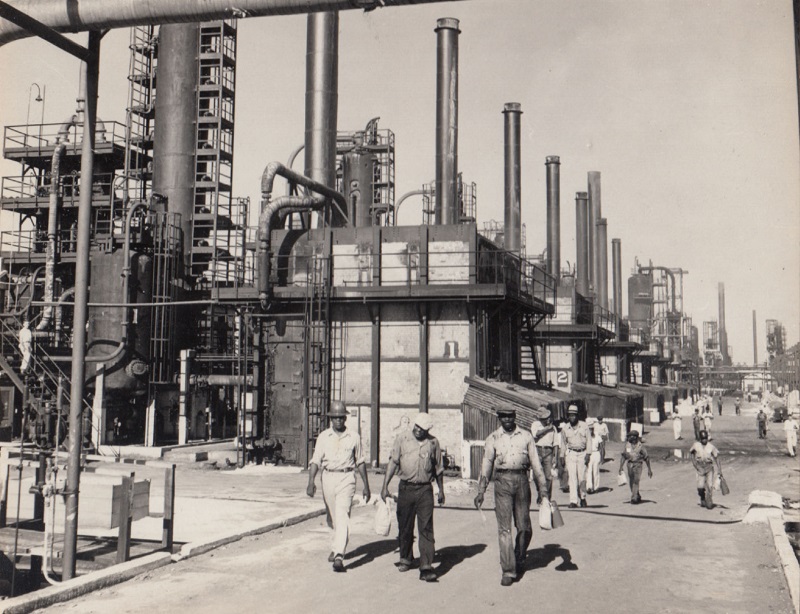 In this webinar, Chelsea Schields will discuss her current book project, Offshore Attachments: Oil, Intimacy and the End of Empire, which tells the unlikely story of how the rise of oil and the end of empire played out in bedrooms, households and in the backrooms of bars. In the offshore Dutch territories in the Caribbean – islands under Dutch sovereignty and home to the world’s largest refinery sites – transnational oil companies, governing leaders and even U.S. military officials and the Catholic Church introduced peculiar forms of sexual regulation intended to maximize oil revenues and transform Caribbean subjects into European citizens. As the book will show, the result was a range of dubiously licit and obviously illegal efforts to control intimate behaviors, as well as creative efforts to refute and challenge them. Joining analysis of the political economy of oil with histories of race and sexuality, Offshore Attachments shows how durable prejudices structured oil economies and the uneven, enduring relation between Europe’s offshore margins and its continental core.

Chelsea Schields is Assistant Professor of History at the University of California, Irvine. Her scholarship explores the histories of sexuality, race, and the politics of oil and empire in modern Europe and the Caribbean. With Dagmar Herzog, she is co-editor of The Routledge Companion to Sexuality and Colonialism (2021). Recent articles have appeared in Radical History Review (2020), Tijdschrift voor Genderstudies (2019), and Gender & History (2019).

The webinar will be live streamed on the public KITLV Facebook page.