Organized by KITLV in collaboration with Leiden University’s Van Vollenhoven Institute and the Asian Modernities and Traditions program (AMT), and the Norwegian Centre for Human Rights at the University of Oslo (NCHR)

New: the full report of the workshop

On 19 and 20 May 2016 this workshop discussed a new type of village studies in Indonesia. The 2014 Village Law will likely cause a considerable change in the character of village governance and leadership  in the coming years.  Overall questions are: what will be the impact of Indonesia’s Village Law on the character of villages and their role in Indonesia’s economic and political development? How can we study this change across Indonesia in a comparative manner? What can we learn from the history of village governance in the context of change processes taking place in rural areas?

More than fifty researchers submitted an extended abstract for this workshop in March. The workshop organizers selected 30 papers with a preference for those reporting on empirical research in villages, for example on changing village leadership, the politicization of village life, or state-society relations at village level.  The workshop took place at the castle Oud Poelgeest in Oegstgeest (close to Leiden) where around 50 people attended, with participants from Japan, USA, Australia, Norway, the UK, the Netherlands and, the majority, from Indonesia.

You can find the program with all the speakers, and the participant speakers’ biographies through this website. The full report includes summaries of all presentations and discussions.

1. The image of the village in Indonesia per 2016. Policy, including the Village law seems inspired by two main images of the village:  the romantic version of the closed corporate community( gotong royong, musyawarah and kebersamaan), and the image that shows the function of the village head as a benign father. Both tend to produce a lack of control and accountability instruments.  The village on Java is the source of inspiration for these two images. The image of the desa seen from the perspective of its inhabitants is usually different: administrative unit providing services and that has a budget for which groups in the village compete. Social  and class differentiation appears clearly from such internal perspective, with attention for power imbalances, conflict and politicization. During the workshop new distinctions were mentioned: “independent villagers”, rural versus peri-urban villages; the latter could better be characterized as ‘socially urban spaces’ (E. Thomson). What is the most suitable definition or characterization of the village for understanding the impact of the village law?

2. Village Law research tends to focus on the short term, which makes it look like a dramatic change in policy. If positioned in a longer historical context, the changes get more perspective. Various papers in this workshop paid attention to the historical context, showing the ‘swinging pendulum’ in policy making between more autonomy for villages and more state control.  A historical perspective also draws the attention to the long history of clientelism, and misuse of power, which contradicts the  romantic image of the village. What is (in each case) the most relevant historical context  for understanding the processes of change occurring, and how does the village law implementation  relate to that?

3. The aim of the village law is among others to increase prosperity in the rural areas and reduce poverty. The large village budget (dana desa) is a means for reaching that goal. However, there is no analysis of the causes of rural poverty. These might be beyond the powers and territory of the villagers, more structural, and hard to solve with just an annual village budget. Additionally, reports  often treat the poor as if they were an organised category of villagers. They are not. A characteristic of being poor is exclusion, which makes ‘participation of the poor’ a policy challenge and concept in need of explanation.

4. In Village Law related research we tend to lose sight of higher levels of government and the larger economy in which the village economy is situated.  What can realistically be accomplished at village level?  What is the rationale of people living and working in a state dependent economy,  a savanna economy, an peri-urban industrial economy, or in a tourism dominated economy? How does the district government in all these varying areas influence the implementation of the village law?

5. What explains variation between villages? Various papers during this workshop show variety of situations related to implementing the village law WITHIN regions, even within the same district (Maluku, Papua, Sumba, South Sulawesi, Central Java). What are the most important variables for analysing this variety? How can we avoid that regional generalizations flatten the image of the rural areas into homogeneous entities?

6. Studies of village leadership tend to focus on the village heads.  A more general question to address first would be: what kind of leaders would you (insert which interest group) need to have? Well connected men or poorly connected women?  Female leaders, but what if they are just part of the village elite? What is the recruitment process of village leadership?  Is it enough to study village head elections?

7. Comparison with other countries regarding the experiences with decentralization policies up to the village level is important for anyone studying the rise, character and potentials of the new village programme and regulations in Indonesia.

9:10 – 9:20 Introduction to the workshop by Jacqueline Vel and Ward Berenschot 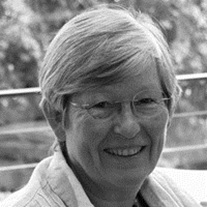 Prof. dr. Keebet von Benda-Beckmann is an associate of the Department of Law & Anthropology at the Max Planck Institute for Social Anthropology in Halle/Saale, Germany, and was formerly head of the ‘Project Group Legal Pluralism’ (2000-2012) at the same institute. Since 2003 she has been an Honorary Professor of Legal Anthropology at the University of Leipzig and since 2004 Honorary Professor of Legal Pluralism at the Martin Luther University Halle-Wittenberg. She has carried out research in West Sumatra and on the Moluccan Island of Ambon (both in Indonesia) and among Moluccan women in the Netherlands. She has published extensively on dispute resolution, social security in developing countries, property and water rights, and decentralization, and on theoretical issues in the anthropology of law. Together with Franz von Benda-Beckmann and Anne Griffiths she co-edited Spatialising Law (Ashgate, 2009) and, with Franz von Benda-Beckmann and Julia Eckert, Rules of Law and Laws of Ruling: On the Governance of Law (Ashgate, 2009).  Together with Franz von Benda-Beckmann she wrote Political and Legal Transformations of an Indonesian Polity (Cambridge, 2013). 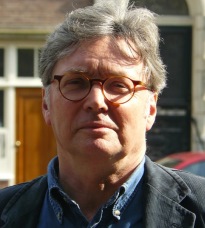 Prof. dr. Ben White is emeritus professor of rural sociology at the International Institute of Social Studies, the Hague. He has worked extensively on rural development in west Java, as well as the political economy of land grabbing. His recent publications include Governing Global Land Deals (Wiley Blackwell 2013) and Agrarian Reform in Comparative Perspective (Brighten Press 2009).

Biographies of the authors

Biographies of the discussants and key note speakers How to get to Leiden?
The most convenient way to travel from Schiphol Airport to Leiden is by train. At Schiphol, the train station is situated underneath the Schiphol Plaza in the central hall of the terminal, where there are ticket desks and ticket machines.

More information can be found on the website of the Dutch Railways (Nederlandse Spoorwegen): http://www.ns.nl/en.

Taxi’s from Schiphol direct to the conference venue is expensive, it is around 100 Euro.

Travel by taxi from Leiden Central Station to the venue
Taxis and buses are located just outside the Station. The fare will be around 15 Euro to the workshop venue.

Public transport to venue
Every 15 minutes Bus 50 departs from the north side of the railway station in the direction of “Haarlem Station”. It is 5 minutes to bus stop ‘Oegstgeest, Marelaan’. From there it is 6 minutes walk to the Kasteel Oud-Poelgeest. You can buy a ticket in the bus, or buy an OV chipcard (https://www.ov-chipkaart.nl/apply-1/which-card-is-right-for-you/tourists.htm).

Health insurance
The organizers of the workshop are not responsible for any health costs of the participants during their journey to and stay in the Netherlands . Please check your health insurance for international coverage valid in Europe.

‘The birth of the village law: Where are the marginalized groups?’, Rendy Adriyan Diningrat (SMERU)

‘Village representative boards (BPD) as an implementation of representative democracy at the grassroot in Indonesia’, Mohammed Rozie Utama (Ministry of Home Affairs)

‘Women who try to change the village‘, Yando Zakaria (Karsa)

New: the full report of the workshop