The indigenous Amerindian past of the Caribbean region is hidden in a vulnerable soil, which is under constant threat of natural disasters, climate change, looting and illegal trade, economic pressures, tourist development, and a lack of heritage awareness. Insufficient effective legislation for the protection of heritage in many of the islands leads to the destruction of archaeological heritage and the loss of knowledge about a crucial episode in global history: the unwritten history of the indigenous Amerindian inhabitants, whose descendants were the first to come eye to eye with European colonizers in the America’s.

Until recently, the transformations and responses of indigenous Amerindian societies to changing natural, cultural, social, economic, and political environments triggered by European invasion and colonialism were largely unknown. The study of the Caribbean archaeological record and the transdisciplinary research conducted by the ERC-Synergy project NEXUS1492 (2013-2019) led by CPI Prof. Corinne L. Hofman, has provided fresh insights into these infamous histories by uncovering the indigenous perspectives hitherto overshadowed by dominant Eurocentric viewpoints. The CaribTRAILS project, which is funded by the NWO Spinoza prize awarded to Prof. Hofman in 2014, continues on this important work at the KITLV.

Through comparative research with regions that have similar colonial histories, CaribTRAILS aims to place indigenous Caribbean pre- and post-colonial history in a global perspective. The project thereby aims to contribute to the debate on decolonization practices; human rights of indigenous peoples and the governance of climate change; the confrontation between ethnic groups, cultures, and religions; and issues related to changing social relations, inter-cultural dialogue, social cohesion, and diversity in an increasingly globalized world. 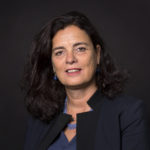 Corinne L. Hofman (principal investigator)
Corinne L. Hofman is PI of the CaribTRAILS project at the KITLV, which receives funding from the NWO Spinoza prize awarded to her in 2014. She is also Professor of Caribbean Archaeology at the Faculty of Archaeology, Leiden University. From 2013 to 2019, Hofman was the CPI of the ERC-Synergy project NEXUS1492. More. 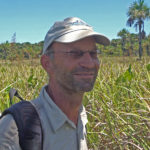 Menno L.P. Hoogland (senior researcher)
Menno Hoogland is Associate Professor in Caribbean Archaeology at the Faculty of Archaeology, Leiden University. He studied cultural anthropology with a focus on prehistory and physical anthropology at Leiden University. In 1980, he participated in the Spitsbergen expedition of the University of Groningen. He wrote his doctoral thesis on settlement patterns of the Amerindian population of Saba, Netherlands Antilles. Read more. 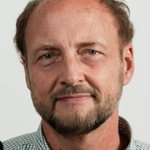 Andrzej T. Antczak (senior researcher)
Andrzej T. Antczak is Associate Professor in Caribbean Archaeology at the Faculty of Archaeology, Leiden University. He studied anthropology in Poznań (UAM Poland) and in Caracas (UCV, Venezuela), and received PhD from UCL (Great Britain), in 1999. Between 2013 and 2019, he was a senior researcher in the project NEXUS1492. Read more. 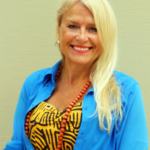 Maria Magdalena (Marlena) Antczak (senior researcher)
Maria Magdalena (Marlena) Antczak is an archaeologist specialized in Northern South America and the Caribbean. She is currently a senior researcher at KITLV, studying the impact of indigenous imagery across the ‘Columbian divide’ in the Southeastern Caribbean within the project CaribTRAILS. Her work focuses on the role of figurative material culture and its involvement in the construction and maintenance of socio-cultural identities and ideologies in the past and in the present. Read more. 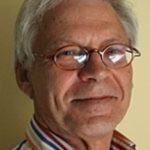 Arie Boomert (guest senior researcher)
Arie Boomert (1946) is a Guest Researcher at KITLV, specialized in the archaeology, anthropology and ethnohistory of the West Indies, notably Trinidad, Tobago and the Windward Islands, next to the Guianas, Venezuela, and Amazonia. Read more. 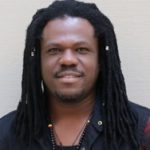 Joseph Sony Jean (post-doctoral researcher)
Joseph Sony Jean is post-doctoral Researcher at KITLV. His work focuses on the longue-durée landscape transformation of Haiti, using data from ethnography, ethnohistory and archaeological records. For the project CaribTRAILS (Caribbean Transdisciplinary Research. Archaeology of Indigenous Legacies Spinoza), he investigates the longue-durée occupation and the uses of caves from the Amerindian occupation to the contemporary society in the north of Haiti. Read more. 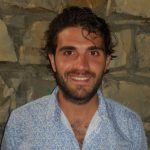 Simone Casale (PhD researcher & GIS specialist)
Simone is a PhD researcher at the KITLV and Leiden University, Faculty of Archaeology. His research tries to overcome the archaeological narratives in the Caribbean region, with a focus on Puerto Rico, Dominican Republic, and the Bahamas archipelago. Narratives have aided in the creation of a simplistic and static perception of the first inhabitants of the region. In contrast, Simone’s study aims to target questions linking ceramic manufacturing practices, social complexity, and multiculturality among ancient Caribbean societies. A detailed analysis of Caribbean lifeways through their ceramic practices, such as the technologies required for procuring, fashioning, and use will provide unique archaeological data on indigenous identities and sociocultural behaviors prior to the devastating effects of Spanish invasions. Read more. 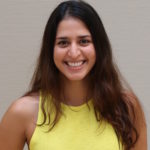 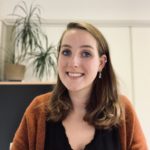 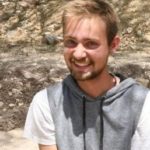 Finn van der Leden (data manager & research assistant)
Finn van der Leden obtained his BA and MA in Archaeology at Leiden University. The focus of his MA thesis was on muscle development in the pre-Colonial population of Tingi Holo in Suriname. He currently works at the KITLV as data manager and research assistant in the CaribTRAILS project. His other tasks include generating 3D-models and assisting in field research. 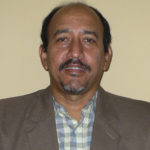 Jorge Ulloa Hung (visiting fellow)
Jorge Ulloa Hung is a senior researcher in the CaribTRAILS project at KITLV. He is also a research professor in the Area of Social Sciences and Humanities at the Instituto Tecnológico de Santo Domingo (INTEC) and Director of the open access journal Ciencia y Sociedad. Ulloa Hung obtained his PhD from Leiden University (2013) with a dissertation related to archaeology in the Northwest region of Hispaniola. Between 2013 and 2019, he was a postdoctoral researcher in the project NEXUS1492: New World Encounters In A Globalizing World, studying archaeological landscapes and indigenous legacies and persistence in the region of first colonial encounters in northern Hispaniola, particularly along the route followed by Christopher Columbus in 1494. Read more. 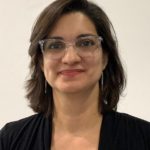 Arlene Alvarez (affiliated fellow)
Arlene Alvarez is an affiliated fellow within KITLV’s CaribTRAILS project, and an affiliated PhD researcher in the NEXUS1492 project (2013-2019) at Leiden University’s Faculty of Archaeology. Her research interests include heritage management, community participation, and social development. She has a BA in Sociology and Political Science from Rutgers University and an MA in Public Administration from Baruch College. As director of the Altos de Chavón Regional Museum of Archaeology in the Dominican Republic for the past 19 years, Arlene was in charge of all aspects of collections care, community outreach, and educational development. She also served as a coordinator for the SAMP Intercontinental Museum Network where she collaborated in several projects with museums from Africa, Asia, Latin America, and Sweden. 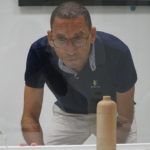 John Angus Martin (affiliated fellow)
John Angus Martin is a Caribbean historian and archivist, currently working as the director of the Saba Archaeological Center on Saba, Dutch Caribbean. He is in the process of completing his PhD in Heritage Management at the Faculty of Archaeology, Leiden University, looking at the longue-durée history and landscape identity in Grenada. 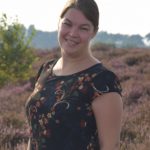 Marlieke Ernst (affiliated researcher)
Marlieke Ernst is a PhD researcher at Leiden University, Faculty of Archaeology, working as part of NEXUS1492. Her research focusses on ceramic material transformations. She investigates transcultural processes within intercultural communications through ceramics from Hispaniola and Cubagua. Marlieke’s research is centered around continuities and changes in the manufacture of early colonial, locally made ceramics from Spanish colonial sites. This study assesses the extent to which indigenous pottery traditions remained or disappeared and the amount in which new techniques and forms were created at the colony. 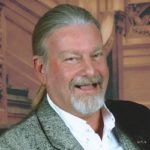 Jay B. Haviser (affiliated researcher)
Dr. Jay B. Haviser, now retired, was the specialist for Monuments and Archaeology at the Ministry of VROMI office of the Government of St. Maarten (2007-2018), after having been the Archaeologist for the Netherlands Antilles Government (1982-2007). He received his doctorate in Archaeology from Leiden University in 1987, and is currently affiliated with the Leiden University Faculty for Archaeology. Dr. Haviser has served the region as the President of the International Association for Caribbean Archaeology (1999-2007; 2013-2019), the Senior Regional Representative for the Caribbean in the World Archaeological Congress (2002-2008), as well as President of the Museums Association of the Caribbean (2000-2002). He was granted Knighthood by Queen Beatrix of the Netherlands in 2008, for his archaeology work in the Netherlands Antilles. Some of his more prominent book publications include: African Sites Archaeology in the Caribbean (1999), and co-editor of African Re-Genesis (2006) and Managing Our Past into the Future (2015), as well as writing over 120 international publications. He has created and is currently directing, three Youth and Science programs called SIMARC on St. Maarten, BONAI on Bonaire, and SABARC on Saba 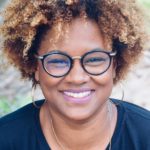 Katarina Jacobson (affiliated researcher)
Katarina Jacobson studied Pre-columbian Archaeology and obtained a Master’s degree from Sorbonne-Paris1 in 2002. She worked at the Edgar Clerc’s archaeological Museum in Guadeloupe for five year, where she was in charge of cultural activities. Katarina later became the collection manager and implemented the mandatory ten-year inventory. In 2013, she joined the ERC-Synergy project Nexus1492 as a PhD candidate in Caribbean Archaeology, specializing in ceramic technology. Katarina returned to Guadeloupe in 2018, where she continued work as the collections manager at the Edgar Clerc’s Museum with the objective of implementing the conservation and preservation plan of the collections and highlighting the first inhabitants of the islands. She was also co-curator of the international exhibition Caribbean Ties, locally renamed Liens caribéens / Lyannaj péyi LaKarayib. Katarina is the first archaeologist of Guadeloupean origin, specializing in Caribbean Archaeology. In 2019, Katarina won the Museum Association of the Caribbean ‘Emerging Caribbean Museum Professional Award’. 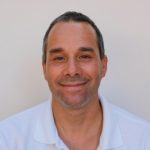 Harold Kelly (affiliated fellow)
Harold Kelly graduated with a doctorate at the Leiden University in 2003 with his thesis titled: Amerindian Coral Tools: A pilot study in experimental archaeology on coral artifacts from Anse á La Gourde, Guadeloupe. He has been working as an archaeologist since 2003 at the National Archaeological Museum Aruba and has also served as a deputy director of the museum between 2007 and 2013. Kelly is recently published in Early Settlers of The Insular Caribbean.    Dearchazing the Archaic as coauthor of the paper titled Archaic Age of Aruba: New evidence on the first migrations to the island. His current research focuses on the rock art of Aruba and Archaic age settlement on the island and lifeways related to subsistence activities, social organization, technology and expression. 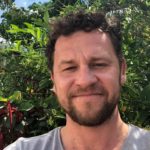 Gene Shev (affiliated fellow)
Gene Shev is a NWO-funded PhD researcher at Leiden University, Faculty of Archaeology and an associate researcher at KITLV. His research focusses on investigating the animal management practices of indigenous insular Caribbean societies prior to the arrival of Europeans. Although the utilization of domesticated plants is well attested in the archaeological record, little is known about the form and extent of animal husbandry practices operating in the region, and therefore pivotal aspects of indigenous environmental perspectives require elucidation. To address this lacuna of knowledge, Gene is studying zooarchaeological assemblages from indigenous sites with a particular focus on the Dominican Republic and Jamaica. Part of this research involves the employment of multi-isotopic analyses in order to ascertain whether certain endemic animals to the Caribbean region were being captively managed or were under a process of proto-domestication prior to AD 1500. Isotopic studies of native fauna additionally provide valuable insight into the environmental and climatic conditions faced by indigenous peoples, and when coupled with zooarchaeological investigation, educate us to the adaptive strategies employed by indigenous peoples in how they reacted to, utilized and cohabited space with the animals around them. 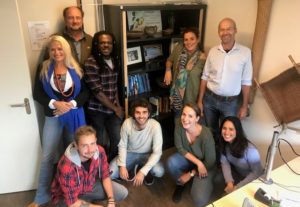 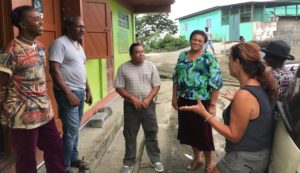